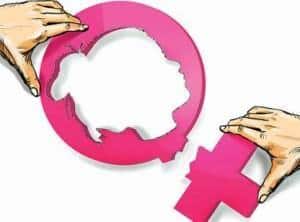 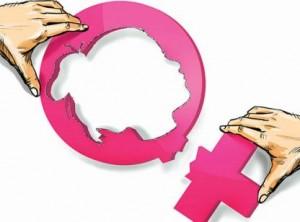 Nothing much has changed post the Dec 16 gang-rape – catcalls, lewd comments at bus stops, pawing in crowded places and sexual harassment continues in the city, most women in the national capital feel. Also Read - Mental illnesses on the rise in India: Know why and what you can do to fight the problem

IANS spoke to many women on how safe they feel in the city, which earned the unflattering sobriquet of ‘rape capital’ after the brutal gang-rape of a young woman who later died of her injuries. (Also read: Mumbai photographer gang rape: India no country for women) Also Read - Food insufficiency during COVID-19 pandemic increases depression and anxiety symptoms

Despite the police saying they have tightened security in the city, many women feel it is futile to be dependent on anyone, including the police, for their security and they have to be careful and take their own measures to feel safe in the city.

‘Post the Dec 16 gang rape, there have been so many rape incidents which keep re-instilling the fear in the minds of women who travel during late evenings,’ said Rishita Singh, a media professional.

Rishita, who works till late, says she has now become more suspicious of every man she comes across on the streets.

‘They (men) are so fearless about staring at a woman’s bust. Even when you escape being raped, how does one escape this harassment, and where’ asked an angry Rishita.

Many women complained about being harassed at bus stops, inside buses and traveling alone especially during the night becomes a nightmare.

‘I travel by bus and after 7.30 p.m. I rethink the decision to travel by bus or not. I do not see any measures (for women’s safety) on the ground I feel men have got more license to eve-tease you,’ said Swechha Chettri, a software professional, who commutes by bus to her Noida office from South Delhi.

Errant auto-rickshaw drivers are another issue that most women complain about when it comes to safety.

‘Autowallahs refuse to give a ride to women passengers in the night or they charge unreasonable amounts. Just two days back a friend of mine had a harrowing time as she got late from work and all the autos refused to take her to her place,’ said Juhi Chaudhary, who writes on wildlife.

‘Finally, my friend decided to walk some distance. There were many cars which kept on approaching her and she had to suffer a lot of lewd comments. It was only 9 p.m. and now she is scared to work beyond 8 p.m.,’ said Chaudhary.

Echoing similar views, Divya Joshi, who works with a public relations company, says auto drivers should be given strict warning if they refuse to take passengers and there has to be severe punishment if they say no to female commuters.

Post Dec 16, Delhi Police has become approachable as they have set up women help desks in all police stations across Delhi, but more needs to be done, they said. (Also read: International Women’s Day 2013: Aren’t you ashamed to be Indian?)

‘Police now have become more sensitive to women complainants but that does not stop heinous crime from ending. Since the Dec 16 case, there have been many cases that have come out. I am always alert when I am traveling alone,’ said Sangeeta Verma, a homemaker.

‘I think each one of us has to introspect where are we taking our society to and do we want our daughters, sisters, mothers and wives to live under continuous threat of being molested or eve teased,’ she said.

Many women expressed concerns about the safety of their daughters.

‘I have a young school going daughter and I remain so worried till the time she is back. I have strictly instructed her not be lured by anyone, not eat anything from strangers,’ said Rama Devi, who works as a helper in a private office.

A sustained campaign to change mindset – in homes, schools, among peer groups and in work places — is one of the options suggested which women feel can help in reducing crimes against women.

‘There has to be swift and harsh punishment and far more police presence,’ said Sushmita Malaviya, who works with a NGO in Delhi.

However, some women do feel there has been a positive change with the administration more alert and warnings and notices continuously put out.

‘I do see a positive change. The public buses have an electronic scroll continuously relaying the phone numbers one can call in case of harassment, or there are public announcements in buses, on the radio – all the time. I have seen men quickly charge off when told to stand properly in a bus.. Earlier this was not the case,’ said Delhi University student Madhulika Sonkar, who has begun using public transport after several years. (Also read: Who is the real rapist?)

Courage on crutches: Indian kids to speak at UN 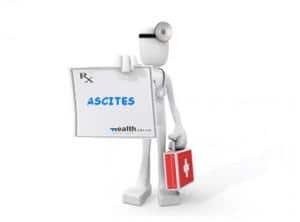