Patient rights: How not to get quacked by babas and miracle cures! 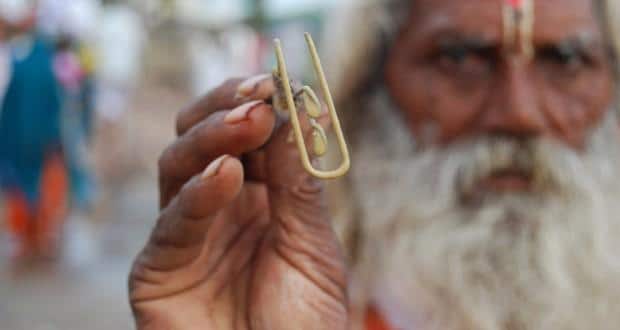 Quacks are commonplace in India. Babas who claim they can cure everything from infertility to cancer, companies that sell mass-produced 'ayurvedic' products that claim to cure every problem under the sun. Even medical doctors are known to err from time to time, suggesting things that his patients don't really need. Dr Aniruddha Malpani, a pioneer in the field of information therapy - the right information at the right time for the right person - writes more about avoiding quacks:

All of us would like to become younger, sexier and thinner, and to live longer! Given these universal needs, it is hardly surprising that quackery flourishes all over the world. 'Quackery' is derived from the word quacksalver (a throwback to the days when travelling salesmen would boast about the healing powers of their salves). Since quacks quack, quackery's paramount characteristic is hype and promotion rather than simply fraud, greed, or misinformation - though these qualities often go hand in hand!

Much quackery is involved in informing people that something is bad for them (such as food additives) and selling a substitute (such as 'organic' or 'natural' food). Quackery is also involved in misleading advertising of dietary supplements, homoeopathic products, ayurvedic medicines and some non-prescription drugs. In many such instances no individual 'quack' is involved just deception by manufacturers and their advertising agencies.

Remember that quackery is not an all-or-nothing phenomenon. Some products can be useful for some purposes, but worthless for others. For example, vitamin B 12 shots can be life-saving in cases of pernicious anaemia, but giving them to 'pep you up' is a form of medical fraud. Similarly, while certain ayurvedic herbs can be very useful, often the mass-manufactured ayurvedic medicines available in chemists' shops are completely useless, because they do not contain what they are supposed to! While there is no doubt that homoeopathic medicines can be helpful, the concept of a standard homoeopathic remedy for common illnesses such as headaches and colds flouts a basic homoeopathic principle, which states that remedies need to be tailor made for a particular person and only a skilled homoeopathic physician can identify the required medicines properly.

Unproven methods are not necessarily quackery. Those consistent with scientific concepts may be considered to be experimental, but legitimate practitioners do not go around promoting unproven procedures in the marketplace. Instead, they engage in responsible, properly designed research studies to prove or disprove their claims. Methods not compatible with established scientific concepts should be classified as nonsensical or disproven rather than experimental: for example, 'fish cure' for asthma which draws huge crowds to Hyderabad.

Quackery can harm individuals in many ways. First, is the loss of a tremendous amount of money which patients invest in pursuing this treatment, and many unscrupulous practitioners can bleed patients and their relatives dry - a little at a time. (There is an old saying: 'The highwayman demands 'your money OR your life', but quacks demand 'your money AND your life!') Also, many of the quack therapies can cause direct harm. It is a common misconception that 'natural medicines' have no harmful side- effects - but anything which can have an effect, by definition, also has the potential to cause harmful effects (after all, the desired effects of a medicine are what we call its therapeutic action and undesirable effects are labelled 'side-effects'!). The indirect harm they cause can also be enormous: for example, patients may pursue 'alternative medicine' for treating their cancers and may deprive themselves of the opportunity of getting effective state-of-the-art medical treatment.

Quackery flourishes even in the USA where people are much more sophisticated, and the US Food and Drug Administration (FDA) provides effective policing. Therefore, it is hardly surprising that in India this menace is rampant, and there are far more quacks than regular medical practitioners. Faith healing, for example, is an integral part of Indian traditions, especially in villages where educated priests take advantage of people's ignorance and blind faith.

Many of us believe that we are far more sophisticated than the illiterate villager, and are above falling prey to quacks, but we need to realise that modern health quacks are supersalesmen, who play on fear and cater to hope. Who amongst us has not clipped at least one ad or bought at least one product which promises to either make you grow more hair, make you a better lover, remove your wrinkles, make you lose flab, or improve your memory? While the cold scientific fact remains that there is not a single effective way of fulfilling the aforementioned claims, the fact that ads for these products are so prevalent obviously means they have a ready audience and are pulling in the bucks for their manufacturers!

How can you save yourself from being quacked? Here are some useful pointers by Dr Stephen Barrett from his Quackwatch Website

True scientists share their knowledge as part of the process of scientific development. Quacks often keep their methods secret to prevent others from decisively demonstrating that they don't work. No one who actually discovered a cure would have reason to keep it secret. If a method works - specially for a serious disease - the discoverer would gain enormous fame, fortune and personal satisfaction by sharing the discovery with others.

Remember that quackery often garbs itself in a cloak of pseudo-scientific respectability and its promoters often use scientific terms and quote (or misquote) from scientific references. Be equally wary of pseudo-medical jargon. Instead of offering to treat your disease, some quacks will promise to 'detoxify' your body, 'balance' its chemistry, release its 'nerve energy' or 'bring it in harmony with nature'. The use of concepts that are impossible to measure or quantify enables success to be claimed even though nothing has actually been accomplished.

Ignore any practitioner who says that most diseases are caused by faulty nutrition or can be remedied by taking supplements. Although some diseases are related to diet, most are not. Moreover, in most cases where diet actually is a factor in a person's health problem, the solution is not to take vitamins but to alter the diet.

Be wary of catchy anecdotes and testimonials

If someone claims to have been helped by an unorthodox remedy there is often a rational explanation. Most single episodes of disease which affect patients lead to recovery with the passage of time, and most chronic ailments (such as arthritis and psoriasis) are marked by symptom-free periods. Many people who give testimonials about recovery from cancer have undergone effective treatment as well as unorthodox treatment, but give credit to the latter. Some testimonials, of course, are complete fabrications!

Be sceptical of any product which claims to be effective against a wide range of unrelated diseases, particularly serious diseases. There is no such thing as a panacea or 'cure-all'.

Ignore appeals to your vanity

One of quackery's most powerful appeals is the suggestion to 'think for yourself' instead of following the collective wisdom of the scientific community. A similar appeal is the idea that although a remedy has not been proven to work for other people, it still might work for you. Remember that all humans have the same anatomy and physiology, and scientific rules apply to all of us.

If you feel that your doctor isn't doing enough to help you, or if you have been told that your condition is incurable and don't wish to accept this fate without a struggle, don't stray from scientific health care in a desperate attempt to find a solution. Instead, discuss your feelings with your doctor and consider a consultation with a recognized expert. The best way you can protect yourself from being taken for a ride, is to make sure you are well informed about your own body. The 'take-home message' is simple: if it sounds too good to be true, it probably isn't!

What has been your experience with doctors and other medical practitioners in India? Do you think awareness can improve the situation? Write to us at health@corp.india.com. We want to hear from you!

Dr Aniruddha Malpani is an IVF specialist who passed out from Bombay University, winning over 20 gold medals during his academic career. His clinic at www.drmalpani.com attracts patients from all over the world. He also runs the world's largest free patient education library, HELP , at www.healthlibrary.com. He has authored 4 books How to Get the Best Medical Care (www.thebestmedicalcare.com),Successful Medical Practise, How to Have a Baby and Using Information Therapy to Put Patients First. His passion is patient empowerment, and he believes that patients are the largest untapped healthcare resources, and we need to use patient power to heal our sick healthcare system. He has pioneered the use of innovative technology to educate infertile couples, using cartoon films, comic books and e-learning on his website- www.ivfindia.com. He is an angel investor in Plus91 ( www.plus91.in) , a company which provides websites for doctors, and PEAS ( www.peasonline.com) , India's market leader for creating digital media for patient education, and is on the Board of Inventurus Knowledge Solutions, a healthcare BPO which provides RCM solutions for the US market. He can be contacted at http://www.ivfindia.com