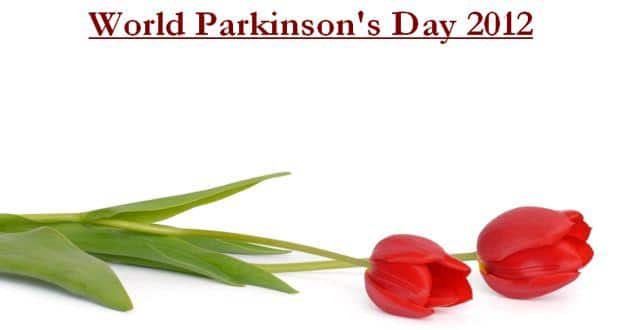 What is Parkinson's disease?

Parkinson's disease is an illness, which affects the brain, in which certain nerve cells, which play an important role in motor functions of the body, are lost or die. The loss of nerve cells takes place slowly over time and gradually spreads to several areas of the brain, as a result, new symptoms gradually develop over time and the initial symptoms become more difficult to control.

Due to the loss of these nerve cells, people who suffer from Parkinson's disease have difficulty in carrying out movements at a normal speed; hence, they tend to be slow in most activities like walking, eating, writing, brushing or even simple things like getting up from a chair or turning. Apart from this slowness their body, both trunk and limbs are likely to be stiff or 'tight'.

The other important symptom they may suffer from is shaking of the limbs, medically called tremors. (Tremors however are a common symptom of many diseases. Not all tremors are due to Parkinson's). Tremors while at rest (when the limbs are completely relaxed) are the hallmark of Parkinson's disease and distinguish them from other diseases that cause them. Patients with Parkinson's disease may also have difficulty maintaining balance, walking and tend to fall even when they are slightly off-balance; however, this usually occurs in much later in the disease. Other common symptoms include a change in the quality of voice, stooped posture and change in handwriting.

However, it can have non-motor effects too

Some of them have other troublesome and disabling symptoms like pain, sleep disturbances, constipation, urinary complaints, giddiness or 'fainting' spells when getting up from the bed, depression, anxiety, fatigue and memory problems too. These are referred to as 'non-motor symptoms'.

With no tests available to diagnose the disease reliably, it is based on a history of typical symptoms, characteristic examination findings, response to medication and manner of progression of the disease. There are a few illnesses which look similar to Parkinson's disease and it requires an experienced physician knowledgeable about the disease to make an accurate diagnosis. The doctor may suggest a scan of the brain especially when there is a clinical suspicion of an alternative diagnosis, however the scan per se does not help in confirming the diagnosis.

The cause of the disease remains a mystery

Over the years the treatment options available to patients with Parkinson's disease is steadily increasing. The loss of nerve cells in the brain leads to deficiency of a chemical known as dopamine. The primary modality of treatment is by giving oral medications that supplement this chemical or its activity in the brain by doing so the slowness, stiffness and tremor improve. However one must remember that it is very difficult to exactly replicate the way in which the chemicals are released naturally in the body which is what makes the treatment complicated. Medications that focus primarily on curing tremors are also given to patients whose tremors are significantly disabling.

Medicines that slow down the loss of nerve cells in the brain may also be prescribed but none of them have been proven to significantly alter the course of the disease. Medications are also prescribed for alleviating the 'non-motor' symptoms and for preventing falls in the elderly that may lead to fractures. Taking the appropriate medications in adequate doses ensures that a patient with Parkinson's disease is able to continue living his life independently by prolonging his employability and ability to carry out routine daily activities. Over time, the symptoms generally progress and may require dose modifications in close consultation with your physician.

In advanced stages of Parkinson's disease, patients begin to develop fluctuations in their response to medications and occasionally develop increased involuntary movement of the body termed medically as 'dyskinesia'. At this stage despite modification of medications the results may not be satisfactory and such patients may be advised a surgical form of treatment after evaluation by a team of doctors. The most commonly employed and accepted surgical modality is deep brain stimulation. In this procedure an electrode is passed deep into the brain from the surface and this is connected by wires, tunnelled under the skin, to a battery which is also placed under the skin just below your collar bone. The deep structures of the brain are stimulated by minute quantities of electricity (which the patient is unaware of) in a programmed fashion, by doing so the patients of advanced Parkinson's disease may be more amenable and responsive to medications and are found to have an improved quality of life.

Like Michael J Fox, a famous Hollywood celeb suffering from Parkinson's disease quoted in his book 'Always looking up', "...it may be one step forward and two steps back, but after a time with Parkinson's, I've learned that what is important is making that one step count; always looking up".