OCD: All you need to know

Obsessive-compulsive disorder (OCD) is an anxiety disorder characterized by uncontrollable, unwanted thoughts and repetitive, ritualized behaviours one feels compelled to perform. The thoughts are intrusive in nature, unpleasant and distressing which causes uneasiness, apprehension, fear, or worry. The repetitive behaviours are aimed at reducing the associated anxiety. 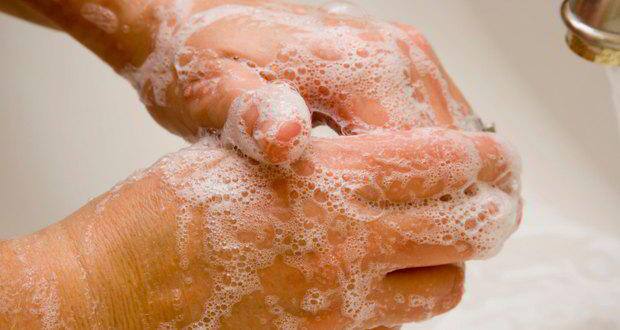 Ananya (name changed) was a teacher at a pre-primary at a day-care centre. It was her job to care of the children. After a while she became obsessed with cleanliness. This obsession slowly started taking over her mind, and she had to make sure that everything was clean. She started cleaning the place at every opportunity they got. The thought of uncleanliness and germs took over her mind and she couldn't go 10 minutes without washing her hands. Although her behaviour doesn't really seem that serious Ananya was suffering from an extreme case of Obsessive Compulsive Disorder. Her desire to keep things clean took over her mind until it became the most important thing her life. Which brings us the question:

What is OCD or Obsessive Compulsive Disorder?

Obsessive-compulsive disorder (OCD) is an anxiety disorder characterized by uncontrollable, unwanted thoughts and repetitive, ritualized behaviours one feels compelled to perform. The thoughts are intrusive in nature, unpleasant and distressing which causes uneasiness, apprehension, fear, or worry. The repetitive behaviours are aimed at reducing the associated anxiety.

What are the causes of OCD?

The biological framework pinpoints the focus on a circuit in the brain which regulates primitive aspects of our behaviour such as aggression, sexuality, and bodily excretions. This can be one of the causes of OCD. When the brain has difficulty turning off or ignoring impulses from this circuit, it can lead to OCD.

Cognitive-behavioural theories attribute the reason as if you are vulnerable to OCD you are unable to ignore bizarre thoughts. The need to control these thoughts becomes important to you, leading to compulsive behaviour.

Psychodynamic theories suggest that obsessions and compulsions are signs of unconscious conflict that you might be trying to suppress, resolve or cope with.

What are the symptoms of OCD?

To understand OCD better, Obsessions and Compulsions have to be understood clearly

Obsessions are involuntary, seemingly uncontrollable thoughts, images, or impulses that occur over and over again in your mind. You feel you don't have the choice to control your thoughts and ideas. Unfortunately, these obsessive thoughts are often disturbing and distracting.

Compulsions are behaviour or rituals that you feel driven to act out again and again. Usually, compulsions are performed in an attempt to make obsessions go away. For example, if you're afraid of contamination, you might develop elaborate cleaning rituals. However, the relief never lasts. In fact, the obsessive thoughts usually come back stronger. And the compulsive behaviours often end up causing anxiety themselves as they become more demanding and time-consuming.

The categories under which most people suffering from OCD fall under are as follows:

Most people with obsessive-compulsive disorder (OCD) have both obsessions and compulsions, but some people experience just one or the other.

While the onset of obsessive-compulsive disorder usually occurs during adolescence or young adulthood, younger children sometimes have symptoms that look like OCD. However, the symptoms of other disorders, such as ADD, autism, and Tourette's syndrome, can also look like obsessive-compulsive disorder, so a thorough medical and psychological exam is essential before any diagnosis is made.

Read more about causes, symptoms, diagnosis and treatment of OCD.

Four steps to deal with OCD and Prognosis