My personal tryst with cancer

How does a doctor feel when his loved one is diagnosed with cancer? 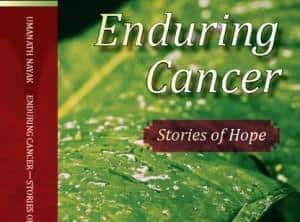 Excerpt from Dr Umanath Nayak’s book ‘Enduring Cancer – Stories of Hope’. Dr Nayak is a Head and Neck Cancer surgeon, Apollo Cancer Hospitals, Hyderabad. His book may be purchased online through Flipkart and can also be downloaded on Amazon Kindle. Also Read - Ovarian cancer: A frequent and urgent need to urinate could be a warning sign

At the age of 60 years, my father was diagnosed with colon cancer. A quiet, unassuming, self-made man, he ran a successful timber business in a small tow about an hour’s drive from the coastal city of Mangalore in south India. This business helped to a large extent to provide a good education to all six of his children. Two of us became doctors and both of us were with the Apollo Hospitals in Hyderabad at the time of his diagnosis. Initially, he had blood-stained stools for a month or two, which he preferred to ignore. Only when the problem became more frequent and persistent did he allow himself to be investigated at the nearby Kasturba Medical College Hospital in Manipal, where a barium enema strongly suggested the possibility of a cancerous growth in his sigmoid colon. He was immediately rushed to Hyderabad for colonoscopy and surgery. Also Read - Colorectal cancer on rise among young adults: Study

At the airport, I was shocked to see how much weight he had lost in this short period. On the surface, he appeared jovial, but I could make out that underneath it all, he was resigned to whatever was in store for him. I was by his side during the colonoscopy and pointed out the cancerous growth to him on the monitor. The growth appeared large and I was concerned about its operability at that time. He was scheduled for early surgery. He was stoical throughout the evaluation process and the first time I saw him give in to any emotion was just before he was wheeled into the operation theatre. He broke down, totally out of character, and asked us to take good care of our mother if something happened to him. (Read: Have you joined the war on cancer?) Also Read - Skin cancers can start in hair follicles: Study

During the surgery, I was in the vicinity of the operating room, though I did not have the courage toventure in and see my father’s guts spilled all over. There was also the dark foreboding that the tumour may be inoperable, which meant that he would not have long to live. Fortunately, everything went well and a radical complete removal was possible. He recovered well from the surgery and the final histopathology showed that the surrounding lymph nodes were not involved, indicating a good prognosis. He received adjuvant chemotherapy for six months. Now, 15 years later, he is in good health and at 75, still continues to run the family business.

Cancer of the large bowel (colon and the rectum) is the second most common cancer after lung cancerin developed countries. Its incidence in developing countries such as India and countries in Africa is much lower, the reasons for which are not very clear.

One possible reason is the high intake of red meat in developed countries and the predominantly vegetarian diet, high in fibre, in poorer countries. This theory is also corroborated by the fact that the incidence of bowel cancer goes up in Indians who settle down in the USA, with the incidence rising every passing year as they embrace western diets. However, dietary and environmental factors alone cannot explain this discrepancy and a genetic predisposition has also been postulated to be a causative factor, as this cancer runs in families, similar to breast and ovarian cancers in women.

Since my father had colon cancer, all six of us were also at risk and would need to have regular colonoscopies. Cancer of the large bowel is one of those cancers in which mortality from the disease has been brought down by surveillance in the form of regular colonoscopies in the high-risk population. Most colonic cancers start as benign polyps which, over a period of time, convert to cancer. A colonoscopy can identify these polyps before they become cancerous and their removal can, therefore, prevent cancer. Even in cases in which cancer has already developed, colonoscopy helps to diagnose

it at an early stage, when cure rates are high, and thus reduce mortality. In the high-risk group (those with a positive family history of bowel cancer or those with long-standing inflammatory bowel disease such as ulcerative colitis), colonoscopy is recommended every two to three years.

The role of aspirin in reducing the incidence of colon cancer has been studied. A few studies have shown that a regular intake of aspirin can reduce the risk of cancer in the high-risk population. However, at the dose at which this benefit has been observed (350 mg), significant side-effects in the form of bleeding stomach ulcers can occur. Therefore, one has to be extremely careful before recommending aspirin routinely for this purpose.

Recent studies have also shown that those on regular aspirin for whatever reason have an increased risk of stroke on its sudden cessation. Stopping aspirin results in a rebound increase in platelet adhesion,causing sluggish blood flow and a hypercoagulable state. There is thus a potential risk of reduced blood flow to the brain, which can cause a stroke, especially among elderly patients with thickened arteries. This is one of the reasons why, unlike a decade earlier when cardiologists recommended taking aspirin routinely to reduce the risk of heart attacks, aspirin these days is advised only for those with definite indications and under medical supervision.

Six months after my father’s surgery, I started losing weight dramatically. Initially, I attributed this to the stress of bringing up our infant son, who kept both my wife and I awake on most nights with his tantrums. But when I also started developing a vague discomfort in the upper part of my abdomen and irregular bowel movements, I started fearing the worst, all the more because of my father’s recent diagnosis. After procrastinating for a while, I finally fixed an appointment with my gastroenterology colleague for a colonoscopy early one morning. The previous afternoon, I returned home early from work and, for the first time, discussed my fears with my wife and the arrangements I had made in case the colonoscopy confirmed my suspicions. She accepted the news calmly and that evening, we both visited a temple and prayed. That night I could not sleep a wink and spent the entire night watching my wife and son sleeping. I kept feeling that at 36 years, it was far too early in life for me to be suffering from cancer and there were so many things I was yet to experience and achieve. I thought and worried about how my life would change if the next day I was detected to have cancer.

In the hospital, just before entering the endoscopy suite, I mentally switched myself off. I imagined that I was watching one of my patients undergoing an investigation I had ordered for him. As the scope went through my inside, I was looking at the monitor for that growth which I was sure would be there. As the endoscope approached the descending colon, what I saw instead were mottled patches of bowel with loss of normal mucosal folds. This, the gastroenterologist explained, was suggestive of an inflammatory condition of the colon, the symptoms of which could mimic cancer. My relief was indescribable! Immediately after the endoscopy, I called up my wife at home to give her the news. Our maid, who picked up the phone, told me, ‘Madam has been praying ever since you left the house and has asked not to be disturbed.’ To this day, I believe that it was my wife’s prayers that day which saved me. The colitis was fortunately mild and self-limiting. I continue to have regular colonoscopy every few years due to my positive family history—a major risk factor for colon cancer.

So, at least in my case, I can say that as a doctor, I do understand to some extent what it means to be diagnosed with cancer and, therefore, can empathize with my patients when I break the news to them.

(Also read by Dr Nayak: How to cope with incurable cancer)

Dr Umanath Nayak’s book may be purchased online through Flipkart  and can also be downloaded on Amazon Kindle. 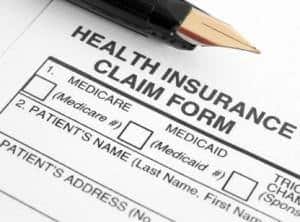