The recent Mumbai gang rape shows that absolutely no place in India is safe for women. 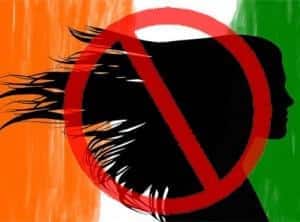 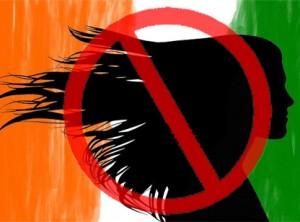 For long, the city of Mumbai has prided itself on being a cosmopolitan, a city where women can travel safely and not suffer the indignities that their counterparts face all over the country but the recent incident where a 22-year-old photographer was gang raped by five men seems to suggest that this is far from the truth. On Thursday evening, the photographer along with a colleague was shooting close to the railway tracks in the Mahalaxmi area for a magazine assignment. Five men barged in claiming they were ‘trespassing’ on railway property. An altercation followed and the men pounced on the girl and her colleague, bashed up the colleague and proceeded to rape the girl. The usual noises have been made about nabbing the victims, the sketch of the rapists have been released but what has really shocked the denizens of Mumbai is the fact that something like this could happen in an area so close to an office district, near Lower Parel, one of the most posh areas in the city. Also Read - Early menopause ups your risk of osteoporosis by almost 56 per cent: How to deal with it

When the Dec 16, 2012 Delhi gang rape had happened, most Mumbai residents had felt that such a horrific incident would never happen in their beloved island city, a safe haven where girls can walk around freely at any time of night without fearing attack. Sadly, the nation’s collective masochist and parochial consciousness has reared its ugly head again to remind us that no part of India, not just Delhi or North India, absolutely no part of the country is safe for women.  Not Kashmir, where horrific rape stories of women raped by both militants and army men filter in from time to time; not Kolkata which always prided itself about its glorious progressiveness where sexual crimes have gone up exponentially and the CM blames it all on fabricated media stories or the CPM or Maoist activists; not Delhi where two men raped a five-year-old girl and inserted a candle in her vagina to prevent her from bleeding. Even God’s own men aren’t beyond such heinous crimes as media stories of the alleged rape of a minor girl by popular spiritual leader Asaram Bapu. They aren’t even spared in the womb, with sex determination tests helping wiping out female foetuses even before they’re born! Also Read - Pregnancy complications may up stroke risk in later life

On Independence Day, I had written an article asking why after 67 years of sending our colonial rulers back we couldn’t have an iota of sexual freedom. Sadly, today I realise that the answer isn’t sexual freedom but women’s equality. The concept of women being equals doesn’t exist in India. Our patriarchal mindset simply doesn’t allow men to consider women at par with them. How can they, considering for the better part of their lives they’ve seen their mothers, aunts and daughters doing all the household work while their fathers and brothers just sat there? Or when they’re bought anything their heart desires while their sister isn’t allowed the same luxuries? Or when a girl’s entire life is treated like a liability who has to be found a match and married away as soon as possible? Also Read - Breast Cancer Awareness month: Novel testing platform designed for breast cancer cells

The problem isn’t porn or Western values but our deeply entrenched belief that women aren’t equal. It’s not a phenomenon exclusive to the poorer sections of society and most educated households display the same beliefs and notions. In the long term, the only way to end such heinous crimes is teaching boys that women are humans and equals. Until we do that we will never stop such sex crimes. As staunch feminist Germaine Greer had said all those years ago, rape has nothing to do with sex whatsoever but men just re-enacting their belief that they have the complete right over a woman – her body, her decisions and her life. 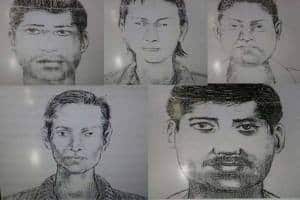