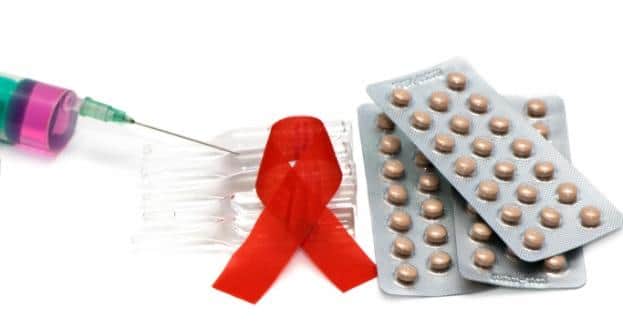 The plasma HIV RNA test (a viral load test) is recommended when recent infection is suspected. The test detects the virus in the blood within 9 days of infection; before the body develops detectable antibodies to it.

Polymerase chain reaction (PCR, a viral load test) test finds either the RNA or the DNA of the HIV in white blood cells even if other tests are negative for the virus. The PCR test is very useful to find a very recent infection, screen blood for HIV before donation and in babies born to mothers infected with the virus.

Protein p24, the antigen on HIV that produces an antibody response in the body is produced in excess early in the infection. Antigen p24 tests detect these proteins in the blood. This test is usually not used for general HIV diagnostic purposes.

HIV-infected people may not have any symptoms of disease for eight to ten years or longer (asymptomatic period). Their CD4 (T-cell) count should be watched closely during this time. If they have a CD4 count below 200 and/or if AIDS-related conditions appear, then they are considered to have AIDS.

What is the treatment for HIV?Is there a cure for HIV?

Antiretroviral (ARV) drugs are used for treating and preventing HIV infection. They stop or interfere with the reproduction of the virus in the body.

HIV therapy includes combinations of drugs. Antiretroviral therapy (ART) consisting of combination of three or more antiretroviral drugs to suppress the virus. ART does not cure HIV infection. It controls replication of the virus thereby strengthening an individual's immune system to fight off infections. These drugs must be taken at the right time every day. Incorrect or inconsistent therapy can mutate the virus causing resistance to treatment. In such cases, other medication options must be used. The amount of the virus in the blood (viral load) is measured to monitor the efficacy of the treatment. The goal of treatment is to get an undetectable viral load in lab tests.

There is no cure for HIV. But the progression of the virus in the body can be reduced to a near halt with continued adherence to appropriate antiretroviral therapy. If the infection has progressed to AIDS, treatment may also include drugs to fight and prevent the opportunistic infections.

People with HIV need counselling and psychosocial support in addition to antiretroviral treatment. A high quality of life needs to be maintained with basic hygiene, adequate nutrition and safe water.

Can treatment prevent HIV from advancing to AIDS?

Yes. Treatment with anti-HIV medications prevents the virus from multiplying and destroying the immune system, thus helping the body fight off infections and cancers and preventing HIV from advancing to AIDS.

Can HIV be prevented?

By limiting exposure to risk factors, a person can reduce the risk of HIV infection. The preventive measures include: