iPosture - the dangers of using a smartphone or tablet 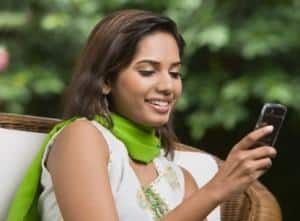 Handheld gadgets like smartphones and tabs are a major cause of iPosture a condition that is caused due to hunching over tech devices causing severe backpain. In fact, Dr Nikhil Arbatti, consultant minimally invasive and endoscopic spine surgeon, Asian Heart Institute, Mumbai, says, 'Problems of the musculoskeletal were more commonly seen in the older age group before due to aging, but nowadays due to the work culture, sedentary lifestyle, obesity, not enough physical activity, smoking and various other medical reasons, problems of back and neck pain are more predominantly seen in the young population. Atleast 40-50 per cent of the young generation suffer from back or neck pain before they reach 40.'
What's iPosture?
The term is used to describe the stooped body shape adopted by those texting, emailing or playing games on their iPad or smartphone. According to a health survey conducted recently, 84 per cent of 18-24 year olds have admitted to suffering back pain in the last 12 months. (Lower back pain - why you shouldn't ignore it)

Orthopaedic specialist and joint replacement surgeon from Jupiter hospital, Dr Ashish Phadnis, says, 'We as are seeing an alarming rise in the number of patients with back pain and neck pain related to workplace ergonomics, use of laptops, touchscreens and iPads. On an average I see at least three to four patients daily with these issues, the symptoms can vary from a diffuse dull ache to a sharp pain in the back, neck and shoulder region, stiffness of the various joints, lack of flexibility and a poor posture are the effects seen over a period of time. More and more people are using smartphones, tablets as they are engrossed in their work they do not pay attention to the neck which is flexed, shoulders which are stooping and a bent lower back. People tend to work in these postures for long hours, on top of it all after they come home, they resort to the same devices for social networking or recreational purposes. This affects people across all ages especially about 25 to 55, which is the population who are exposed to these gadgets devices and are also less involved in physical activity as compared to other age groups.' (Which of these five technology-related problems do you have?)

Why it is a cause of concern?

If ignored, it could result in severe disc degeneration, which may require surgery. Also they may cause muscle weakness and sometimes nerve damage.

Be aware of your posture, avoid hunching. Frequent stretching can also help. Make sure tech devices are at the eye level. The mouse should not be far away from the person. Don't work continuously for more than an hour. After every hour, stand and stretch your back, neck, arms and legs. Phones should be at an arm's length and if you have to use the phone for a long time then use a headset. (Is your workplace making you ill?)

Criteria For Live Donor Liver Transplants: What Do You Need To Know?

Does Egg Diet For Weight Loss Really Work? All About Its Advantages And Disadvantages

Advanced Parental Age: Can It Lead To Developmental Delays In Kids?