Home / Diseases & Conditions / India’s contribution to the world of healthcare

India’s contribution to the world of healthcare

If we were to analyse the annals of history, we’d be hard pressed to find any one civilisation that has contributed so much to the advancement of mankind. 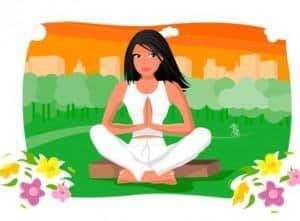 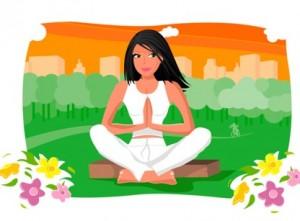 As the nation celebrates its 67th Independence Day, it would be worthwhile to remember that the story of our nation is far older than those of our colonial rulers. The Indus Valley or the Harappan civilisation (3300-1300 BC) was one of the four oldest civilisations in the world along with the Chinese, the Aztec and the Egyptian civilisations which flourished alongside rivers. Understandably, from ancient times our nation has contributed greatly to the advancement of civilisation. Today we look back at some of the major contributions in the field of health, many of them which are present in some form or another, even in this day! Also Read - Healthcare in the times of COVID-19 and beyond: Touchless patient monitoring

One of the most well-known exercise forms in today’s world, yoga is far more than a form of exercise. As a discourse it has its roots in the ancient texts like the Vedas, the Upanishads and the Bhagavad Gita. The word ‘yoga’ is derived from the Sanskrit word, yuj which means ‘to join’. While your workout at the gym may focus on physical activity, weight control, or strengthening of the body, it ignores the mind. Yoga on the other hand connects the mind and the body to positively enhance one’s total well-being with a view to attain inner peace.

The practice is so popular that it has its followers the world over who have modified the original form into new ones like Bikram or Hot Yoga, Power Yoga and so on. Such is yoga’s all-encompassing grasp that it has been endorsed far and wide by international celebrities like Madonna, Jennifer Anniston and Nicole Kidman and closer home by B-town celebs like Kareena Kapoor, Sonam Kapoor and Shilpa Shetty. (Read: Yoga – it’s not an exercise regime, it’s a way of life)

Three millennia ago while our former colonial rulers’ land was falling prey to disease and death, students in ancient India were studying Ayurveda considered by many to be the forerunner of all healing systems around the world. The study itself involved eight different components including general medicine, surgery, paediatrics, ophthalmology, psychiatry and even six different systems of philosophy! It’s hard to imagine a modern medical student with so much knowledge in so many different subjects!

It’s no wonder that the practice is seeing a major following in the so-called more ‘developed nations’ which are fed up with the limitations of modern medicine. It has been feted by international celebrities like Cher, Madonna, Prince Charles, Demi Moore and Cindy Crawford and closer home by people like 80-year-old singer Asha Bhosle who claims it is responsible for her perfect eyesight at this age. Sadly, it has also got a bad name with many charlatans and quacks peddling spurious preparations and selling them as ‘Ayurvedic medicine’.

In essence it believes that world is composed of five states of matter ether, air, water, fire and earth. The human body too has these elements and an excess or lack of any can cause imbalances. Although all these five elements flow through the body at all times, each individual has certain elements which are more dominant than the others. They’re divided into three doshas – vata (air and space), pitta (fire and water) and kapha (water and earth). Ayurveda believes that when all our doshas are in a state of equilibrium, we arrive at a balanced state of the body, mind and spirit. (Read: Understanding Ayurveda Know thy doshas )

Surgery too has its roots in ancient India and was first performed by Sushruta in 6th Century BC who explained his methods in great detail in his book Sushruta Samhita. It was translated in Arabic in the 8th Century AD and gained prominence in Europe by the end of the Medieval Period and was popular in Renaissance Italy (14th-16th Century AD) showing just how advanced the Indian civilisation was! Since then surgery has evolved into an extremely intricate procedure which can diagnose diseases, cure ailments, treat medical emergencies and even add to one’s physical beauty! (Read more about surgeries)

Perhaps the most widely known of all of ancient India’s texts the Kama Sutra is rightly perceived as the most comprehensive work on human sexual behaviour. The book was written anywhere between 400 and 250 BC, suggesting that our ancestors were not only enlightened and open about their sexuality but saw it fit to instruct future generations on how to do it! The mythology surrounding the book is almost as interesting as its contents it’s believed that the first transmission of the Kama Shashtra (which included the Kama Sutra) was attributed to Nandi the bull who was moved after hearing his master Shiva’s lovemaking with his wife Parvati and recorded it for the benefit of mankind! The book covers among other things various aspects of lovemaking including caressing and kissing, different types of sexual positions, how to arouse one’s partner, tips on oral sex and even masturbation! It’s indeed sad that the land that taught the world so much about sex has become so prudish and sexually repressive today. (Read: Is is too much to ask for freedom from sexual repression?)

And as if teaching the world about sex wasn’t enough we’ve also enthralled people all over the world with our delectable cuisines. One of the major benefits of our nation’s tendency to play host to different cultures like the Mughals, the British and the Portuguese among others is that it has helped us develop an amazing array of dishes and cuisines. US President Barack Obama was recently spotted enjoying some Indian food with the First Family for his birthday dinner and the man can actually cook keema and dal, something he learned from his college roommates. And it’s not only the US that loves Indian cuisines; in the UK curry houses are far more ubiquitous than ones that sell British grub.

Along with that we also home to some of the tastiest and healthier spices in the world. Spices like cardamom and turmeric have been around for centuries and are used for various different medicinal purposes as well as for eating. (Read: Traditional Indian dishes made healthy)

Another practice which originated in India is the ancient art of meditation. The very basic purpose of meditation to clear one’s mind. It can also include repetitive chanting and offerings to appease one’s God. The earliest mentions of meditation are found in the Vedas and some experts have even claimed that this capacity of meditation which allows us to completely focus one’s attention may have contributed to the final phases of human biological evolution something that allowed us to become far more than animals! Meditation, especially transcendental meditation (meditation with a mantra) has been embraced by many, many international celebrities. It gained extreme prominence in the west when The Beatles came down to Rishikesh to take part in their Guru Maharishi Mahesh Yogi’s Transcendental Meditation Sessions and actually wrote some of their best songs here! Today it is practised by the likes of Angelina Jolie, Katy Perry, Hugh Jackman and Clint Eastwood.

The practice itself has become even more significant in today’s world with stress on the rise as it offers us a chance to relax and de-stress allowing us to clear our mind clear and keep undue stress at bay which in turn can help keep various physical ailments away! (Read: A beginner’s guide to meditation)

And finally the world’s most popular board game has its roots in India. It’s believed that game originated during the rule of the Gupta Empire in the 6thCentury AD from a game which was called chaturanga (four divisions of the military infantry, cavalry, elephants and chariots) which would evolve into the modern pawn, knight, bishop and rook! Since then chess has gone on to become one of the most popular games in the world with millions playing it every day either on the board or even online and is considered to vital for sharpening one’s mind.

If we were to analyse the annals of history, we’d be hard pressed to find any one civilisation that has contributed so much to the advancement of mankind and it’s understandable why we would feel a little sad when we consider the inequities present in modern India. But if we were capable of such greatness all those centuries ago, we’re capable of it now! Happy Independence Day everyone.