What, When and How of Ibuprofen... 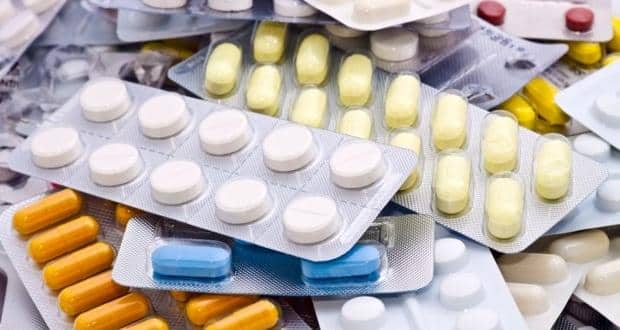 When was the last time that you didn't take a pain killer for common headache or body pain or cold?? Today everybody wants a quick solution for their minor health problems to get back on their feet immediately. Therefore the frequency of popping pills, especially pain killers, is on the rise. But do you know your pill well? Read more about effects of popping pills

What does it do?

Ibuprofen mainly acts by reducing the components or chemicals that initiate pain and inflammation in the body and cause fever when released in the brain. Ibuprofen is known to alleviate pain and lower the body temperature within 30 minutes after administration of a single dose. The effect lasts for 4 to 6 hours.

For adults, the recommended dose of ibuprofen is between 200 to 600mg taken at the interval of 4-6 hours. The maximum recommended dosage is 1200 mg/day. The maximum dose should be taken only when the pain is acute or severe. The dosage should be reduced immediately once the acute phase has been controlled effectively.

In children, ibuprofen may be prescribed for general pain and fever or to relieve pain associated with juvenile idiopathic arthritis. Ibuprofen may be also prescribed for 3 month old infants (weighing at least 5kg). The daily dose in children should not exceed 20 mg/kg of body weight in divided doses. For example, a child weighing 5 -7 kg should not be given more than 1.25 ml (1/2 teaspoon) of infant drops at a time. Use a measuring cap to ensure accuracy is advisable.

Ibuprofen is prescribed for the elderly individuals with great caution because they have an increased risk of developing adverse reactions to the drug. Especially, in individuals suffering from kidney diseases, the reactions may worsen. Read about how painkillers can also affect youngsters

Common short-term side-effects associated with administration of ibuprofen include dizziness, nausea, vomiting, stomach ache, heart burn and indigestion. Other rare side-effects include high blood pressure, stomach ulcers and inflammation, aggravation of asthma symptoms and allergies. Individuals who are allergic to aspirin may develop severe allergic reactions to ibuprofen. Allergic symptoms include reddening and swelling of the skin, blisters and rashes. Overdose of ibuprofen can cause disorientation, sweating, abdominal cramps and restlessness. Long term use can damage the kidneys and have severe gastrointestinal effects. Read more about Side-effects of painkillers

Do not use ibuprofen if you have suffered from any allergies associated with other pain killers in the past. Do not use it if you have had a recent heart surgery.

Consult a doctor before using ibuprofen if:

Stop continuing ibuprofen and consult a doctor if:

Medications you should not take with Ibuprofen:

Ibuprofen has shown interaction with other drugs that may have a harmful effect on the body. Here are the most important drug interactions:

Consult a doctor before taking ibuprofen if:

A pain reliever is always the first choice of people. But, when it comes to pregnant women, a bit extra care is needed. Pregnant women may take ibuprofen occasionally during their 2nd trimester of pregnancy (between 14-27 weeks of pregnancy). It should be noted that during pregnancy the lowest dose of ibuprofen should be taken. Plus, it is advisable to avoid taking ibuprofen before 14th week or after 27th week of pregnancy, unless prescribed by a doctor. Breastfeeding women may take ibuprofen, but at the lowest dose.

Since ibuprofen provides fast relief and is easily available, people seem to use it frequently without giving it a thought. So, the next time you decide to pop this pill, be cautious.

Delicious Jaggery Halwa Made With The Best Of Quinoa’s Nutrition