How smoking affects your heart

Women are increasingly falling prey to heart disease due to their smoking habit. Read more about this trend. 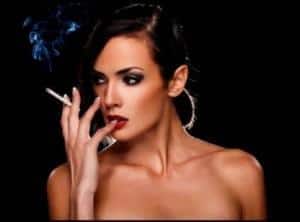 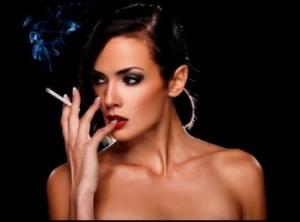 While cardiac ailments hitting the young is a known fact, doctors say the most common thread in these cases is their incessant smoking habit. And if you thought women are safe from this disease, think again as a majority of these young patients are women. Work stress and a sedentary lifestyle are taking away from women the biological protection they had from heart ailments. Also Read - DO THIS when you see someone smoke

In fact, cardiologists said nearly 12% of the working women in Pune would be affected with heart ailments in young age by 2020, a figure that stood at 2.5% a decade ago. (Read: 70% of the urban Indian population at risk of heart disease!) Also Read - Health issues like smoking in your youth can make your brain weaker during old age

At Chinchwad’s Lokmanya Hospital, medical superintendent Dr Ajay Kale said of the 500 patients being treated for cardiac disease in the last nine months, 10% were female. ‘We also noticed that 50% of the patients were smokers,’ he added. Also Read - Smoking abstinence will not make you a glutton

A number of young women take up smoking to reduce weight, the idea being that nicotine affects the appetite, people don’t feel hungry, eat less and thus lose weight. (Read: 8 reasons why smoking is bad for your beauty)

‘We have seen that 30% of the patients admitted to our hospital suffering from cardiac disease are smokers. Among these 30% patients are a lot of women who chew a form of tobacco called misri,’ said Rekha Dubey, chief operating officer of Aditya Birla Hospital.

She recalled the case of a 28-year-old married woman admitted to the hospital last week with a massive cardiac arrest. ‘She regularly chewed misri. She underwent one angioplasty and her next one is due in another month,’ she added.

Another regular smoker, Manoj Kadam led the typical life of a young employee of an IT company. The 27-year-old had a hectic schedule, odd sleeping hours and irregular meals – all of which caught up with him. He suffered a heart attack at what his doctor said was a ‘shockingly young age’.

Studies reveal that peer pressure, image building and curiosity are the most common reasons for a person to take up smoking. Most smokers also claim their regular dose of puff is a stress relaxant. However, many of them end up in the intensive care unit of hospitals with cardiac arrest.

‘Five years ago such cases were unheard of. But increasingly, we have young people coming to us with cardiac problems. It’s a serious problem and smoking is a major factor,’ said Dr JS Duggal, chief cardiologist at Jehangir Hospital. ‘What is needed is awareness camps in schools and colleges about the ill-effects of tobacco consumption and a strong bond between parents and children,’ he added.

Deputy director (cath lab) Dr CN Makhale said in the past few years there has been a 30 to 40 per cent rise in cardiac-related ailments among those below the age of 40. Among his patients, 30 to 40 per cent are heavy smokers.

‘A number of young patients are those in high-stress and sedentary lifestyle jobs, like in BPOs, banks and the IT sector. Earlier, people started smoking in their 20s but nowadays they start as early as in class VI and VII, which is resulting in blockages, cancer and attacks at such an early age. Sharing a smoke in hip hookah joints which are mushrooming in urban population, is another reason,’ he added. (Read: Take the natural route to heart health – home remedies that work!)

More and more Indians are falling prey to heart disease. There are various reasons for this including a sedentary lifestyle, genetic predisposition, pollution, smoking, drinking, a fatty diet and a general ignorance about what causes heart ailments. However, we at www.thehealthsite.com intend to fight that by covering every aspect of cardiovascular health including diet, expert advice, exercise, natural remedies, diagnosis and treatment, specific heart advice for women and more this month.

Check out our Heart Health Page for more. 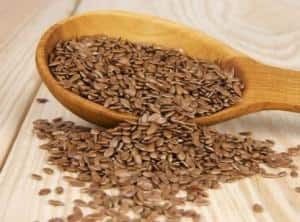 Eat flaxseeds to give your heart a helping hand!