More than 40 per cent of women worldwide have coarse excessive hair on the thighs, lower legs, abdomen, lower back, and/ or face. 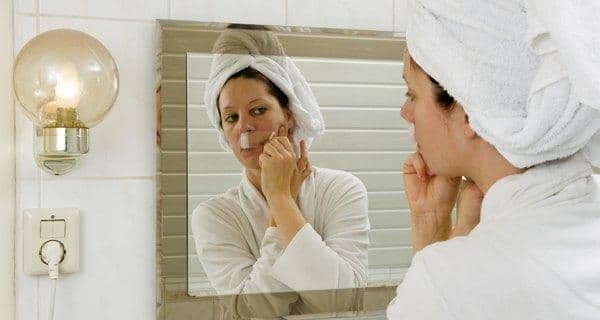 Long lustrous tresses is a sign of beauty in a woman, but hair in the fairer sex in male-like pattern, especially facial hair, is something no one appreciates. Appearance of pubic hair and underarm hair at puberty is normal in both sexes. But to think that these are the only two areas where a woman can have unwanted hair, is somewhat incorrect. More than 40 percent of women worldwide have coarse excessive hair on the thighs, lower legs, abdomen, lower back, and/ or face. This condition is known as hirsutism. Hirsutism, for that matter, can affect anyone irrespective of their gender. This condition is associated with increased anxiety and embarrassment, lowered self-confidence and body dissatisfaction. Type of hair in hirsutism Structurally, there are three types of hair in human beings: Structurally, there are three types of hair in human beings: Also Read - Identifying common signs of a hormonal imbalance in women

The hair in hirsutism is of terminal type. What causes hirsutism in women? Although, several reasons such as genetic predisposition or family history, certain medicines, and birth control pills, can cause excessive facial hair growth in women, the main cause is attributed to hormonal imbalance. And the hormone androgen is the culprit. What is androgen? Androgen, also called the male sex hormone, is a hormone that mainly helps in the growth and development of male reproductive system. The principle androgens are testosterone and androstenedione. However, androgen is present in women as well. In a woman, androgen is produced in the ovaries, adrenal glands, and fat cells, where it is converted to female hormones called oestrogen and progesterone. Read more about 4 hormonal causes of hair loss Androgen also influences hair growth. Among the androgens, oestrogen and progesterone have much less effect on hair growth compared to testosterone. Androgens actually determine the type of hair distributed throughout the body in two ways increasing growth rate and converting vallus hair into terminal hair in areas that are androgen sensitive. [1] How androgen causes hirsutism in women Hirsutism in women, with few exceptions, is a sign of endocrine abnormality, that is, excess of androgen production. Medically termed hyperandrogenism, it accounts for 75 85 percent of all women with hirsutism. Other than that, increased sensitivity of hair follicles to circulating androgen (testosterone) is yet another cause of hirsutism in women. Eighty percent of testosterone is produced by either ovary or adrenal glands in women. The rest is converted from androstenedione and dihydroepiandrosterone (DHEA) in liver, skin, and fat cells. Interestingly, only 2 percent of all testosterone is actually active androgen, which is converted to dihydrotesterone (DHT) by the enzyme 5-alpha-reductase type-2 in the root of the hair follicle. Read more about Natural remedies for hormonal problems in women DHT converts the vallus hair into terminal hair. [2] This terminal hair is seen as facial hair in women. Disorders causing hirsutism Facial hair is actually a sign of underlying hormonal disorders in women. Rarely does hirsutism occur because of non-androgenic causes. a) PCOS: In 70-80 percent of women with facial hair, the underlying cause is polycystic ovary syndrome or PCOS. It is a heritable disorder affecting women throughout their lifetime. The disorder is characterized by Also Read - Early menopause ups your risk of osteoporosis by almost 56 per cent: How to deal with it

Oral contraceptive pills (OCP), especially, combined hormonal contraceptive (CHC), are the first line of treatment for hirsutism in premenopausal women. These act by suppressing the decreasing the production of androgen by the ovaries and adrenal glands, as well as, inhibit conversion of testosterone to DHT and their subsequent binding to androgen receptors. [3] b) Hyperandrogenic insulin-resistant acanthosis nigricans syndrome (HAIR-AN): It is an inherited disorder affecting about 3 percent of women with hirsutism. The disorder is characterized by extremely high circulating levels or insulin, which over time causes the development of hyperpigmentation in body folds such as the neck, armpits, groin, etc. and skin tags (acrochordon). Combination therapy with oral contraceptives and spironolactone proves beneficial in women with severe hirsutism. Finasteride (Proscar), a 5-alpha-reductase inhibitor that reduces the conversion of testosterone to dihydrotestosterone, is useful in the treatment of hirsutism in dosages as low as 5 mg per day. [4] c) 21-OH deficient non-classic adrenal hyperplasia: Seen in about 1 -8 percent of hirsute women, it is a genetic disorder which causes excessive accumulation of androstenedione in the adrenal glands. In this disorder, the symptoms of hirsutism set in rapidly along with other masculization (virilisation) symptoms. Oral contraceptives alone may be sufficient for mildly hirsute women who are not seeking fertility, but anti-androgens such as flutamide, cyproterone acetate, or finasterideare also considered in women with excess unwanted hair growth or scalp hair loss. [5] d) Idiopathic hirsutism: Idiopathic hirsutism, where the cause of hirsutism is not known, is found in 5 15 percent of women with facial and body hair. In this disorder, the woman with facial hair, on diagnosis, will reveal apparently normal ovulatory function and circulating androgens. So much so, researchers point out that most women with hirsutism and regular periods have polycystic ovaries, so the term idiopathic hirsutism no longer seems appropriate . [6] Sometimes, the 5-alpha-reductase activity in the hair follicle becomes overactive, leading to hirsutism in the face of normal circulating androgen levels, according to endocrinologist NK Aggarwal at the Institute of Medical Sciences, Banaras Hindu University, Varanasi. [7] Facial hair in women is a distressing condition but treatments are available that would satisfy most women with hirsutism. Reference Also Read - Pregnancy complications may up stroke risk in later life 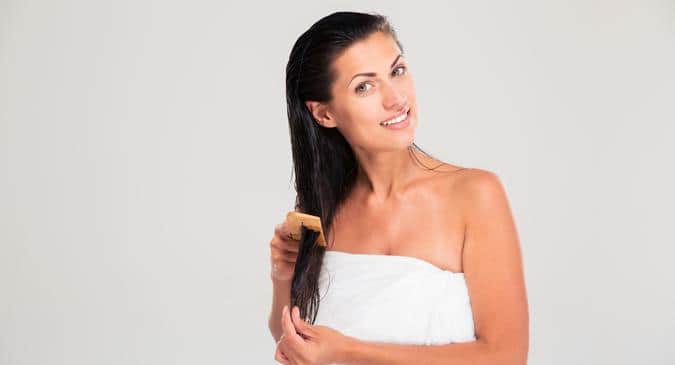 Can you catch a cold if you go to bed with wet hair? 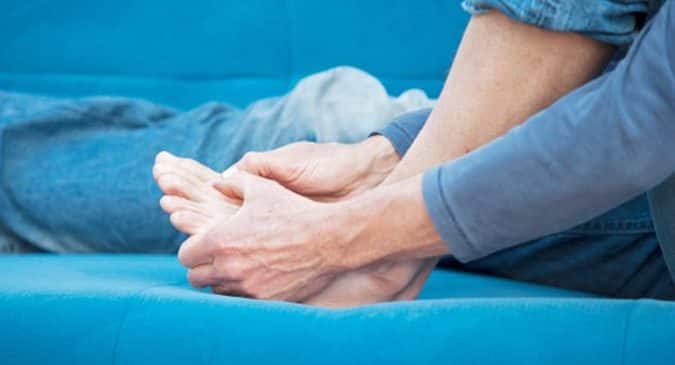 Edema – Symptoms, risk factors and treatment options you must know about