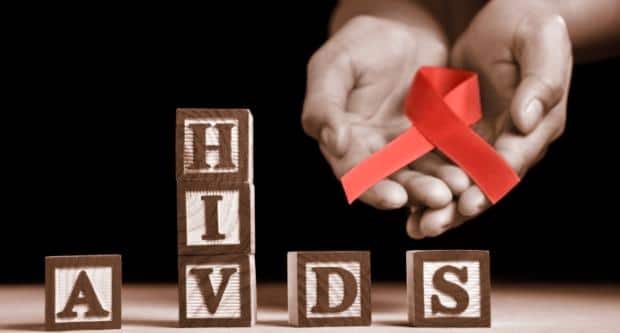 HIV/AIDS has claimed over 25 million lives in the last 30 years. It's estimated that over 34 million people are living with HIV. One of the biggest problems associated with HIV/AIDS is misinformation. So how exactly is it caused? How is it transmitted? How can we prevent the disease from spreading? What medicines can we take for it? Here are the answers to some frequently asked questions about HIV/AIDS:

Acquired immune deficiency syndrome (AIDS) isn't a disease in itself. It is a condition in caused by HIV in which the body's immune system fails to battle foreign microorganisms. This leads to various opportunistic infections and/or certain cancers. It is the most advanced stage of HIV infection.

The time taken for HIV infection to develop into AIDS varies widely between individuals. The majority of HIV infected people will develop signs of HIV related diseases within 5 to 10 years, if left untreated. However, HIV infection can take 10 15 years or longer to progress into AIDS. Antiretroviral therapy (ART) can slow down the process even further.

How is HIV transmitted?

* The chances of HIV transmission through oral sex are low but it can't be completely ruled out.

The virus cannot survive for long outside the human body and dies quickly when the body fluid in which it is contained dries up. This is why it can't be spread by insects, can't spread like the flu virus (public surfaces, coughing, sneezing, etc.) The virus does not live in saliva, tears, urine or perspiration. Hence, casual contact with these body fluids does not be spread HIV. Hugging, shaking hands, or sharing personal objects, food or water does not transmit HIV.

How does HIV progress? What are the stages of HIV?

Our blood has something called white blood cells along with red blood cells and thrombocytes. The main function of white blood cells called CD4 cells or T-cells is to fight disease. It's these cells that are attacked and destroyed by HIV, making the person more susceptible to illnesses. There are three stages of HIV infection:

What are the symptoms of HIV/AIDS?

HIV symptoms vary from person to person. Some people experience a flu-like illness such as fever, headache or sore throat in the first few weeks after which the symptoms vanish. A person can have HIV for many years before developing any symptoms.

Opportunistic infections are common in people with AIDS which affects nearly every organ system. Some of the signs that HIV is turning into AIDS include:

What are the complications of AIDS?

People with AIDS are extremely susceptible to infection. Some of the following conditions are commonly associated with AIDS: