Hepatitis E: All you need to know 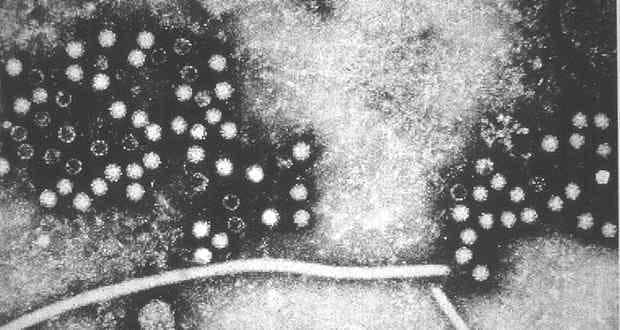 The hepatitis E virus is transmitted mainly through contaminated drinking water. It is usually a self-limiting infection and resolves within 4 6 weeks. Occasionally, a fulminant form of hepatitis develops (acute liver failure), which can lead to death.

The highest seroprevalence rates (number of persons in a population who test positive for the disease) are observed in regions where low standards of sanitation increase the risk for transmission of the virus. Over 60% of all hepatitis E infections and 65% of all hepatitis E deaths occur in East and South Asia, where seroprevalence rates of 25% are common in some age groups. In Egypt, half the population aged above five years is serologically positive for the hepatitis E virus.

The hepatitis E virus is transmitted mainly through the faecal-oral route due to faecal contamination of drinking water. Other transmission routes have been identified, which include:

Hepatitis E is a waterborne disease, and contaminated water or food supplies have been implicated in major outbreaks. The ingestion of raw or uncooked shellfish has also been identified as the source of sporadic cases in endemic areas.

The risk factors for hepatitis E are related to poor sanitation in large areas of the world and shedding of the hepatitis E virus in faeces.

The incubation period following exposure to the hepatitis E virus ranges from three to eight weeks, with a mean of 40 days. The period of communicability is unknown.

The hepatitis E virus causes acute sporadic and epidemic viral hepatitis. Symptomatic infection is most common in young adults aged 15 40 years. Although infection is frequent in children, the disease is mostly asymptomatic or causes a very mild illness without jaundice (anicteric) that goes undiagnosed.

Typical signs and symptoms of hepatitis include:

These symptoms are largely indistinguishable from those experienced during any acute phase of hepatic illness and typically last for one to two weeks.

Cases of hepatitis E are not clinically distinguishable from other types of acute viral hepatitis. Diagnosis of hepatitis E infection is therefore usually based on the detection of specific antibodies to the virus in the blood.

Two additional diagnostic tests require specialized laboratory facilities and are used only in research studies. These are:

Hepatitis E should be suspected in outbreaks of waterborne hepatitis occurring in developing countries, especially if the disease is more severe in pregnant women, or if hepatitis A has been excluded.

There is no available treatment capable of altering the course of acute hepatitis. Prevention is the most effective approach against the disease.

The risk of infection and transmission can be reduced by:

On an individual level, infection risk can be reduced by:

In 2011, the first vaccine to prevent hepatitis E infection was registered in China. Although it is not available globally, it could potentially become available in a number of other countries.

In epidemics, WHO recommends:

WHO is working in the following areas to prevent and control viral hepatitis: