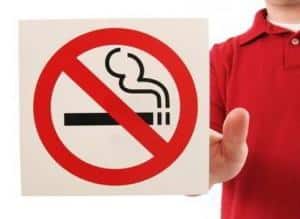 Recently, the Gauhati High Court set a precedent by asking the Assam state government why it shouldn't ban all forms of tobacco, both smokeless tobacco like gutka and pan masala and tobacco products that are consumed by smoking like cigarettes and cigars. It asked the state government to ask them why all forms of tobacco shouldn't be banned and gave it till November 8 to reply. Dr Pankaj Chaturvedi, a professor and cancer surgeon at the Tata Memorial Hospital and a vehement anti-tobacco campaigner gives us the verdict on this bold move:

Currently, there is no legal provision to ban raw and unprocessed tobacco. This is applicable to chewing tobacco. Since flavoured chewing tobacco is prohibited under the Food Act 2006, several states have banned it. On the other hand, the Cigarettes and other Tobacco Products Act 2003 only aims to reduce the 'demand' for tobacco by discouraging its use, curbing the glamorisation, protecting children from picking up the habit, etc. In short, government will have to enact a new law in order to prohibit all forms of tobacco which seems highly unlikely.

No country except Bhutan has banned all forms of tobacco. At this stage we must concentrate on:

As per the Global Adult Tobacco Survey India (GATS) conducted by Ministry of Health & Family Welfare, Assam has a high tobacco consumption rate with 40% people in the age group of 15 and above consuming it in some form or other. Eighty per cent of tobacco is consumed in the form of chewing with gutka being the leading market preparation. Every second man and every third woman in Assam is addicted to tobacco. (Read: Forget coalgate, worry about tobaccogate)

Apart from cancer, tobacco causes heart attack, lung disease, stroke etc. It is well known that tobacco usage causes poor oral health and roughly accounts for 90% of mouth cancer, 80% of lung cancers, 50% of all human cancers, 70% of lung diseases and 60% of heart attacks.

As per Indian Council of Medical Research (ICMR) report nearly 50% of cancers among males, 25% among females are associated with tobacco use. It has also been identified as a risk factor for non-communicable diseases (NCD) and it accounts for one in six deaths resulting from NCDs. Tobacco is the foremost preventable cause of death and disease in Assam today and if urgent actions are not taken, the death toll could rise dramatically in years to come. (Read: The War on Tobacco)

Assam is losing millions of young and middle-age people due to this habit and the state governments have to understand this epidemic. Billions of rupees are being wasted on the health care of these largely preventable illnesses. It is estimated that the health care cost of tobacco related illnesses is 8-10 times the revenue due to tobacco.

Its control requires action from several ministry and departments. The Home Ministry has to assure proper implementation of anti-tobacco laws (COTPA). The Education Ministry must ensure that school going children are made aware of the health hazards of tobacco use and second hand smoke and Finance Ministry has to make it prohibitively expensive by way of imposing higher taxes, so that the per unit cost of tobacco products is raised. There's a need for a collaborated effort to rid the country of the tobacco menace.

How COVID-19 Paved The Way For Family Physicians

Re-Imagining Age: Go Beyond Biological Age And Factor In The Chronological Aspect To Possibly Reverse Ageing

National Doctors' Day 2020: 5 Tips For Doctors To Improve Their Relationship With Their Patients