Home / Diseases & Conditions / Feel sleepy all the time? It could be hypersomnia. Here’s how to deal with it.

Feel sleepy all the time? It could be hypersomnia. Here’s how to deal with it.

If you have been feeling tired even after a good night's sleep, you could be at risk fo hypersomnia. And if you are pregnant, you must read this! 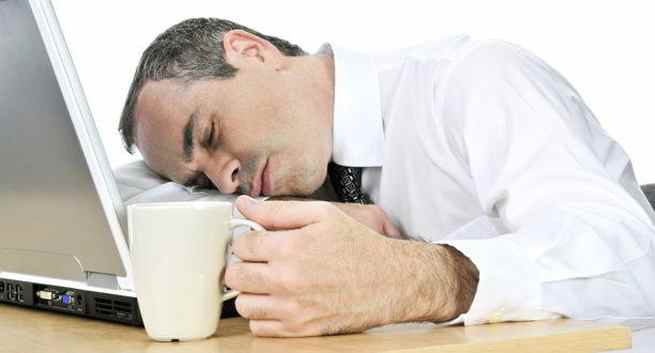 Do you often feel sleepy during daytime even after a good night s sleep? Are you constantly tired even when you aren t working? If yes, then it s time to take it seriously as it could be an indicator of an underlying sleep disorder. Known as hypersomnia, it is a condition where a person feels excessively sleepy during the day. People who suffer from hypersomnia also have related conditions like lack of energy, fatigue and trouble thinking clearly, says Dr Rajendra Narayan Sharma, consultant general physician, internal medicine and endocrinology at Apollo Clinics. Also Read - Expert tips for selecting the right pillow to sleep peacefully

But how can a person with a decent amount of sleep be sleepy during the day? Also Read - Oversleeping: Weight gain, headache and other harmful effects

This happens due to lifestyle changes. People who have a sedentary lifestyle, who spend too much time in front of the computer and those who get too little exercise are prone to hypersomnia. Also, someone suffering from neurological disorder can be affected by this, says the doctor. Other causes which can lead to hypersomnia include:

How can one deal with this condition?

According to Dr Sharma, if you constantly feel low on energy and drowsy during the day, you should consult a doctor who will monitor your sleeping pattern. The treatment will be based on the diagnosis. Usually, patients are advised to plan and prioritise sleep and include lifestyle changes such as exercising and eating a balanced diet. As long as one does not experience serious breathing difficulties, this condition can be corrected with simple lifestyle changes.

Pregnancy and hypersomnia How to deal with it?

Feeling excessively sleepy when pregnant is quite normal. Dr Shilpa says, On an average, 78% of pregnant women suffer from hypersomnia which usually disappears by the tenth week of pregnancy. It is more pronounced in women who have a pre-existing sleeping disorder. Here are a few reasons which can cause hypersomnia during pregnancy:

Since medication cannot be given during pregnancy, it is best to try the above-mentioned tips. But if they don t work, get as much rest as you can as your body probably needs it during pregnancy.