7 reasons every woman should love having sex

Not only does it make you feel like the happiest person on earth it also boosts your immune system, beats stress, helps you lose weight and even helps you sleep better.

Sex has its own benefits when it comes to developing intimacy and improves the relationship between a couple. But did you know it has various other health benefits too, especially for the women? Also Read - Early menopause ups your risk of osteoporosis by almost 56 per cent: How to deal with it

How many times have you passed up sex because you re on your periods? Turns out that not only is sex a good idea but it might just make periods less painful. Whenever a woman has an orgasm, her uterus contracts and in the process rids the body of cramp-causing compounds. The process also helps rid the body of blood and tissue more quickly which might help reduce the number of days your periods last.

It actually makes you look younger!

Okay we re not just making this stuff up. A 10-year study conducted by Dr David Weeks of Royal Edinburgh Hospital found that people who had more sex (4 times a week) were estimated to look 10 years younger than their actual ages. The reason sex is so good is because of the anti-inflammatory molecules like oxytocin. Dr Amy Wechsler, a dermatologist told Huffington Post, When you have sex, you’re bathing the skin in anti-inflammatory molecules such as oxytocin and beta endorphins. As we get older, we don’t heal as often as we repair. But having sex can turn the clock back on that.

It can help beat a headache

The headache excuse to avoid sex is as old as time but a study found that sex could possibly prevent migraine attacks. According to Dr Alexander Mauskop of the New York Headache Center, endorphins released during sex creates an all-over feel good sensation which helps relieve pain and this actually more effective and faster than migraine medication.

Research from the University of the West of Scotland found that people who had intercourse at least over two weeks dealt better with stressful situations. The reasoning is similar to the headache since the release of hormones like endorphins or oxytocin which helps stave off anxiety and depression.

It will help you sleep better

Endorphins are without a doubt one of the most vital hormones for us. When they re released we feel happier, we can beat physical barriers and it even helps us sleep better! Also the hormone prolactin is released (whose levels are naturally higher when you re asleep), which suggests that jumping under the covers will certainly help you sleep better.

It boosts your immunity

Having sex regularly will decrease your chances of falling sick. According to a research conducted at Wilkes University, Pennsylvania, people who had more sex had 30% higher levels of the antigen immunoglobin A, as compared to people who didn t. This antigen defends your body against colds and flu. Alternatively, you could also try including these foods in your diet to boost immunity.

Obesity is a serious problem in today s world and if gymming does not count high on the pleasure scale try having sex. A research conducted by William Masters and Virginia Johnson showed that men burn 4.2 calories, and women burn 3.1 calories for every minute of sex that they have.

For more articles on sexual health, check out our sexual health section. For daily free health tips, sign up for our newsletter. 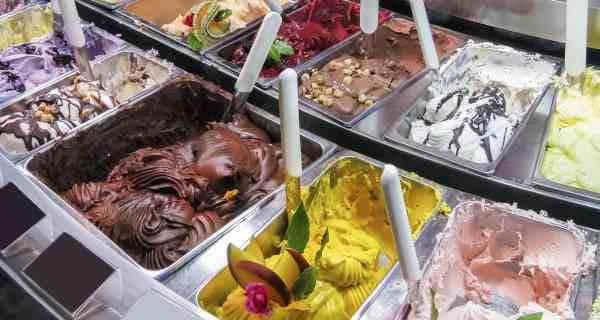