Read about the top 10 causes of bleeding gums. 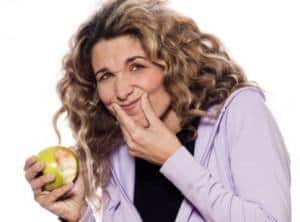 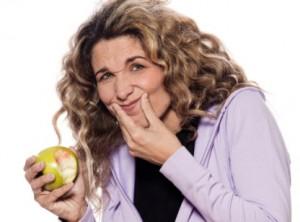 One fine morning when you woke up from sleep and started brushing your teeth, you realised that you were spitting a slight amount of blood with the foam. After a while, you may notice the bleeding even while eating or at times spontaneously. Also Read - Identifying common signs of a hormonal imbalance in women

If you’re wondering why your gums bleed, here are the top 10 causes: Also Read - Home remedies for bleeding gums: Natural ways to keep your gums healthy

Gums may bleed when they get inflamed and this occurs when people fail to keep their teeth clean. A lot of people don`t brush or floss properly and this leads to build up of plaque and tartar on the teeth. The gums get irritated and are red, swollen and painful. The gums may then bleed at the slightest provocation. (Read: 8 tips to improve your oral hygiene) Also Read - Early menopause ups your risk of osteoporosis by almost 56 per cent: How to deal with it

This may make cleaning teeth very difficult through routine brushing and may lead to gum bleeding. The crooked teeth can also lead to food getting trapped between two teeth. This again causes the gum to become inflamed and bleed easily. (Read: How crooked teeth may cause gum disease)

This may occur due to overzealous brushing or using a hard bristled toothbrush which may traumatize the gums. Hence one should use a soft bristled brush and change a toothbrush every 3 months.

Medically called scurvy, this occurs when one doesn’t include ample fruits and vegetables in one’s diet. This leads to swollen, painful gums which bleed easily.

This vitamin is an important factor in the clotting process of blood in our body. Hence, when it is deficient, the tendency to bleed from any site in the body – including the gums – increases. The main source of this vitamin in our body is the intestinal microflora or the bugs in our gut. If you’ve been on a long course of oral antibiotics which end up destroying the gut microflora, it could increase the tendency to bleed.

These occur at various stages in a woman’s life such as when she reaches puberty, during pregnancy or the postmenopausal phase. These changes also occur regularly during her periods or during use of oral contraceptive pills. These hormonal changes increase the chances of bleeding from the gums manifold and such an observation is extremely commonplace in most dental practices. (Read: How are a woman’s hormones and oral health related?)

There is a whole array of bleeding disorders – genetic and idiopathic (of unknown origin) – including thrombocytopenic purpura, Von Willebrand’s disease etc. which increases our general propensity for bleeding. These may first manifest through bleeding from gums. So never ignore bleeding gums as they might be the mirror to a more serious problem.

It’s become quite commonplace to find people living with chronic diseases for which they have to take regular medications. Certain medications such as aspirin, clopidogrel etc. which are given to patients at risk of heart attacks or stroke, drugs given for epilepsy, cancer chemotherapy etc. may cause the gums to bleed. (Read: Gum problems due to medications)

Our liver is a major organ which produces a lot of factors which once again form an important part of the clotting process in our bodies. So any kind of liver disease or chronic alcoholism which disturbs liver metabolism may lead to bleeding gums.

Certain types of cancers such as leukaemia (a blood cancer) or multiple myeloma (a bone marrow cancer) may cause our gums to bleed.

Apart from these causes listed above, there may be more causes like tobacco usage, stress, radiation therapy, HIV etc. which may all lead to gum disease and eventual bleeding from gums.

So, the next time you notice bleeding gums, you know well not to ignore it and visit a dentist at the earliest.

For more articles on oral health, visit our oral health section. Follow us on Facebook and Twitter for all the latest updates! For daily free health tips, sign up for our newsletter. And to join discussions on health topics of your choice, visit our forum. 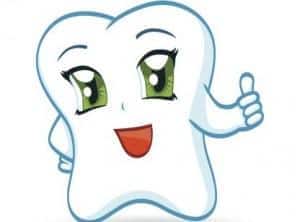 Home remedies for whiter teeth – do they work? 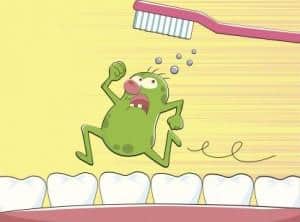 10 interesting facts about the microbes in your mouth