Diabetes could affect one out of every five Indians by 2025. Find out everything you need to know about the disease. 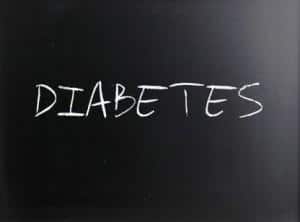 As many as 61.3 million people in India suffer from diabetes, and according to estimates, one in every 5 people in India will be diabetic by 2025. Being diagnosed with the disease not only leads to changes in lifestyle and diet, but it could also lead to a variety of other ailments ranging from kidney disease to nerve damage. This makes it an urgent concern and we from www.thehealthsite.com have announced a War on Diabetes. In this post, we'll tell you everything you need to know about the condition.

Diabetes is a metabolic disease which is characterised by high blood sugar levels. It can be caused either due to the lack of insulin (type 1 diabetes) or because the body's cells fail to respond to the insulin produced (type 2 diabetes). There's another form of diabetes that afflicts pregnant women called gestational diabetes.

Sometimes, our own immune system may recognise the beta cells that produce insulin as antigens, and create antibodies to destroy them. Often, diabetes is diagnosed after most of the cells are destroyed and the patient then needs a daily dose of insulin to survive.

Lack of exercise and obesity can be major causes of Type 2 diabetes. An imbalance between calories consumed and calories burned renders our body incapable of absorbing insulin properly. Just 30 minutes of physical activity reduces the chances of you having diabetes by 30 per cent. So, make sure you include activities like walking and cycling in your daily timetable. (Read: Fat to fit: Mega guide for losing weight the right way)

As a person ages, several parts of his/her body stop functioning at their optimum best. This can lead to diabetes, along with several other ailments.

Since the beta cells are present in the pancreas any injury or diseases like cancer, pancreatitis, etc. can stop beta cells from functioning and ultimately lead to diabetes. (Read: How I reversed my diabetes in 3 months)

Diabetes is diagnosed using blood tests, and the three tests used for diagnosing diabetes are:

This test is used for diagnosing Type 2 diabetes. It measures a person's average blood glucose levels over the past three months.

If a person's A1C level is below 5.7%, it means that he/she is normal. If it is between 5.7 to 6.4%, it indicates prediabetes which may lead to diabetes if appropriate measures are not taken. A person is diagnosed with diabetes if he/she has an A1C level of 5.7% or above.

The Fasting Plasma Glucose test is the most common test used for diagnosing diabetes. It is performed by measuring a person's blood sugar level, after he/she has fasted for at least 8 hours.

If a person has a fasting glucose level of 126 mg/dL or above, he or she has diabetes. It is advised to repeat the test on another day for confirmation.

In an oral glucose tolerance test, a person has to fast for at least 8 hours. After that, he/she has to drink a glass of water mixed with 75g of glucose.

If your diabetes can't be controlled with diet, exercise and weight control, your doctor may recommend anti-diabetic medications or insulin. Most people who have type 2 diabetes start with an oral medicine. Here are some of them:

Drugs that act on your pancreas

Sulfonylureas (DiaBeta, Glucotrol, Amaryl, etc.) lower blood glucose levels by increasing the release of insulin from the pancreas. These drugs decrease blood sugar rapidly but may cause abnormally low and dangerous levels of blood sugar (hypoglycaemia) leading to mental confusion and even coma. Meglitinides (Prandin, Starlix, etc.) also work on the pancreas to increase insulin secretion. Their effects depend on the level of glucose. Victoza (lyraglutide), an injectable medicine, helps the pancreas make more insulin after eating a meal. It improves blood sugar in people with type 2 diabetes when used with a diet and exercise programme.

Drugs that decrease the amount of glucose released from the liver

Biguanides (Metformin)decrease glucose production by the liver, decrease the absorption of glucose in the intestines and improve the body's resistance to insulin. It also suppresses hunger, which may be beneficial in diabetics who are overweight.

Drugs that increase the sensitivity (response) of cells to insulin

Thiazolidinediones (Actos and Avandia) lower blood glucose by increasing the sensitivity of the muscle and fat cells to insulin. These drugs may be taken with metformin and/or a sulfonylurea. They can cause mild liver problems but are reversible with discontinuation of the drug.

Drugs that decrease the absorption of carbohydrates from the intestine

Alpha glucosidase is an enzyme in the small intestine which breaks down carbohydrates into glucose. Acarbose is the drug that inhibits this enzyme. Carbohydrates are not broken down as efficiently and glucose absorption is delayed, thus preventing high glucose levels after eating in people with diabetes.

Drugs that slow emptying of the stomach

Exenatide (Byetta) is a substance like gut hormone (GLP-1) that cannot be easily broken down. It slows stomach emptying, slows the release of glucose from the liver and controls hunger. Administered in the form of an injection, Byetta also causes weight reduction, thus making it particularly suitable for patients with type 2 diabetes who are also overweight. DPP-IV inhibitors (Januvia, Onglyza, Tradjenta), inhibit DPP-IV enzyme from breaking down gut hormone (GLP-1). This allows the hormone already in the blood to circulate longer. They also increase insulin secretion when blood sugars are high and signal the liver to stop producing excess sugar.

Insulin Injections Insulin is the backbone of treatment for patients with Type 1 diabetes. Insulin is also important in Type 2 diabetes when blood glucose levels cannot be controlled by diet, weight loss, exercise and oral medicines. Different types of insulin are:

2. Short-acting insulin (regular insulin) starts working in 30 to 60 minutes and lasts 5 to 8 hours.

3. Intermediate-acting insulin (insulin NPH) starts working in 1 to 3 hours and lasts 12 to 16 hours.

4. Long-acting insulin (insulin glargine and insulin detemir) starts working in about 1 hour and lasts 20 to 26 hours.

5. Premixed insulin- combination of 2 types of insulin (usually a rapid-acting or short-acting insulin and an intermediate-acting insulin). (Read: Home remedies for diabetes)

The various methods for administering insulin are:

Pre-filled Insulin Pens This is similar to an ink cartridge in a fountain pen. An insulin cartridge is held by a small pen-sized device. The amount of insulin to be injected is dispensed by turning the bottom of the pen until the required number of units is seen in the dose-viewing window. The tip of the pen consists of a needle that is disposed off with each injection.

Insulin pump This is the most recently available advance in insulin delivery. It is composed of a pump reservoir similar to that of an insulin cartridge, a battery-operated pump and a computer chip that allows the user to control the exact amount of insulin being delivered. The pump is used for continuous insulin delivery. The amount of insulin is programmed and is administered at a constant rate.

Inhalers Inhaled form of insulin is not much in use these days. The insulin is packaged in dry packs which are inserted into an inhalation device. This device allows the insulin to enter a chamber that has a mouth piece. Through this mouth piece the user can inhale the insulin.

Newer injectable injections - Symlin (pramlintide) is an injectable medication for use in diabetes patients treated with insulin but unable to achieve adequate sugar control. Amylin is a hormone synthesised by pancreas and helps control glucose after meals. It is absent or deficient in patients with diabetes. Pramlintide, a synthetic form of human amylin, when used with insulin, can improve sugar control. Symlin reduces blood sugar peaks after meal, reduces glucose fluctuations throughout the day and increases the sensation of fullness (leading to weight loss). (Read: Treatments for diabetes: Oral medications, insulin and other methods)

Diabetes, if uncontrolled can lead to deadly complications.

1. Effect on fat and metabolism (Diabetic ketoacidosis): Since the hormone insulin which breaks down glucose is lacking, in uncontrolled cases, the body starts using fat as the fuel source. While you might think it's not such a bad idea to lose some fat, what this leads to is build up of by-products of fat digestion called 'ketones'. If you're not taking your insulin doses regularly, have fever/diarrhoea/vomiting and/or going through a lot of stress or are an alcoholic, you need to be extra careful about developing this condition called 'ketoacidosis'. If you develop symptoms like deep gasping breathing, acute pain in the abdomen, bad dehydration leading to weakness and fainting, vomiting, it's time you take it seriously and contact your doctor.

2. Effect on the eyes (Diabetic retinopathy): Retina (the innermost layer of your eye) is affected by ineffective blood glucose control. The small blood vessels in the retina are damaged and weakened. The early symptom of eye problems related to diabetes is blurred vision and double vision. It can also cause a severe, permanent loss of vision. Diabetes increases the risk of developing cataracts and glaucoma. (Read: Diabetic Retinopathy: All you need to know)

3. Effect on kidneys (Diabetic nephropathy): If you notice swelling in your feet and legs or around your eyes, your kidneys might get affected because of the uncontrolled blood sugar levels. If you have hypertension (or high BP), your chances of developing this is even higher.

4. Effect on nerves: Some of the nerves, especially around your peripheries like legs might get affected first leading to a loss of sensation. You might not be able to figure out if you've had an injury and it may end up getting infected. Diabetic gangrene (infection of the leg, leading to decay of flesh) can occur and the leg may have to be amputated. Uncontrolled diabetes can also affect nerves that control your heartbeat, blood pressure, digestion, blood flow to organs etc leading to diarrhoea, erectile dysfunction, loss of bladder control, vision changes, and dizziness. (Read: Diabetic neuropathy: Causes, symptoms, prevention and treatment)

5. Effect on heart: If you are a smoker, have high blood pressure, are grossly overweight and/or have a family history of diabetes and are diagnosed with diabetes, you have a greater risk of developing heart disease, strokes.

If you are a diabetic, you are now more aware of the complications that would arise if you do not take your medications regularly and/or go for regular medical checkups. If you aren't one (Click here to find out if you have some of the symptoms of diabetes), you better work on your lifestyle and diet habits so that you can prevent the disease.