In a rare case of creativity, a 33-year-old woman has turned her so called ‘skin writing’ disease into a high art of magnetism using her own skin as a canvas. Ariana Page Russell, currently based 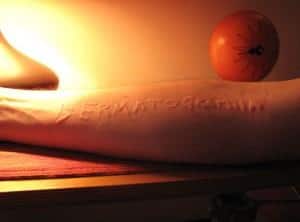 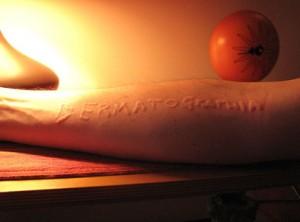 In a rare case of creativity, a 33-year-old woman has turned her so called ‘skin writing’ disease into a high art of magnetism using her own skin as a canvas. Ariana Page Russell, currently based in Brooklyn, New York, is suffering from dermatographia- a skin disorder in which the skin becomes inflamed and raised when scratched or rubbed. Ms Russell uses a blunt knitting needle to write text or draw intricate patterns on her legs, arms, stomach, face and elsewhere, which is painless and lasting about half an hour.
After being detected with dermatographia, she decided to raise awareness about the disease through photography and started photographing the marks on her body. Her images have been exhibited in galleries across the US. Also Read - Psoriasis: Why early diagnosis and medication is important

‘I just thought there’s something really powerful in that because I have no control over it, it just happens. ‘I wanted to capture that feeling of vulnerability and just that fleeting thing that happens in a flush,’ said Russell. Ms Russell also says that she is not looking for a cure. ‘To me my skin is a canvas … I think it’s fun to be able to draw on myself, I like it,’ she added. Also Read - 4 common myths about psoriasis busted

What is Dermatographia? Also Read - Eczema and psoriasis: How to spot the difference between these two skin conditions

Dermatographia is one of the most common types of urticaria, in which the skin becomes red and raised when scratched, stroked and sometimes even slapped and is believed to affect 4-5% of the population. The exact cause of the disease is unknown and is most common in teenagers and young adults, ages 15-30. Some people think that dermatographia occurs due to some kind of allergic reaction but this has not been proven.

Symptoms may include: Swelling, raised red lines or ridges on the skin, inflammation, itching and hive-like welts. It may appear within a few minutes of your skin being rubbed and usually vanish within half an hour. But the symptoms may also last anywhere from 30 minutes to a couple of hours.

While there are not many treatment options available, dermographism can be treated by substances, which prevent histamine from causing the reaction. These may need to be given as a combination of H1 antagonists, or possibly with an H2-receptor antagonist such as Cimetidine. Also, frequent anecdotal evidence suggests taking in small amounts of alcohol may help with the itching, or temporarily cause the inflammation/welts to subside.

Prevention measures include: Avoiding triggering and scratching of the skin, avoiding irritation of the skin, keeping the skin moisturised with lotions and creams as well as by drinking lots of water. While dermatographia is not considered a serious condition, a person suffering from the disease can be very uncomfortable to live with. 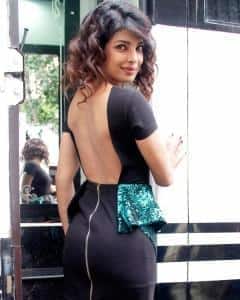 Priyanka, Anushka , Katrina's weight loss - are they bordering on anorexia?