Could your child’s frequent stomach upsets be ‘stomach migraine’?

Suffering from a stomach pain on and off? It might just be a stomach migraine. Here is all you need to know about the condition. 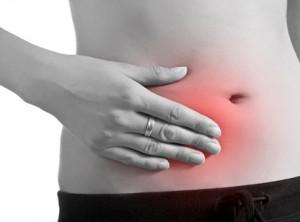 A seven-year-old girl landed up at a psychiatrist’s clinic in Andheri after she episodically complained of stomach ache. She had earlier been referred to a gastroenterologist who had ruled out all possible reasons that could have led to these periodic stomach aches. Also Read - Ayurvedic treatment for stomach ache: How to make asafoetida decoction at home

An evaluation by the psychiatrist revealed that the girl’s complaints of stomach ache were genuine and it was a stomach migraine problem that doctors had failed to diagnose. Also Read - Foods you can eat when you have stomach pain

Though stomach migraine has failed to get a proper recognition, doctors say they have seen a rise in the cases and therefore need more awareness on the disease.

‘This girl’s is not an isolated case. We keep getting patients of stomach migraine who are referred to us as a possible case of psychological problem. Such cases, most of the time, approach a gastroenterologist as the symptoms are very common to many gastro problems,’ said Dr Anjali Chabbria, an Andheri-based psychiatrist.

The onset of stomach migraine is normally seen in early childhood and can also be seen in adulthood. Like migraine, stomach migraine too is periodical and has symptoms like cycles of vomiting, low appetite, diarrhoea, hyperacidity.

‘In the last 10 days, we have got at least three cases. All referred by psychiatrists. Doctors fail to pick up the disease. Like migraine, stomach migraine too is triggered by certain food, smell or emotional triggers,’ said Dr Rashi Khatri, pain management expert at Mind Temple clinic, Andheri.

Agreeing with Dr Khatri, Dr Pravin Sharma, neurologist at Seven Hills hospital said, ‘Stomach migraine is yet to get its separate identity. Doctors fail to recognise it and most of the time children having stomach migraine get adult migraine in later stage.’

Dr Sharma emphasised that there is a need to carry out more research on stomach migraine to give better life to people suffering from the disease. ‘There is a rise in stomach migraine cases but we don’t know why! But presently, it is very important to detect the disease and get the right treatment. Since the trigger factor varies from person to person, one needs to pick up the triggering factor and avoid it for a better life,’ added Dr Sharma.’

What is a stomach migraine?

Also known as an abdominal migraine, it is commonly found in young children. This is commonly seen in children who have a family history of migraine headaches and eventually grow up to suffer from migraine headache themselves. This sort of pain usually occurs along the mid line of the stomach or near the navel, and is most commonly seen in girls when compared to boys. Children seem to experience the pain due to some trigger, jut like in the case of migraines. The cause of this phenomenon is not yet known but scientists believe that it is due to the fluctuation of certain chemicals in the body — serotonin and histamine. Both are produced by the body independently, and excessive stress and anxiety can trigger the decrease of these chemicals in the body leading to a stomach migraine. With no real treatment options out yet, doctors advice people suffering from this condition to identify their triggers and avoid them. To know more about migraines click here.

Inputs from the original story: Persistent pain in your tummy? It could be stomach migraine 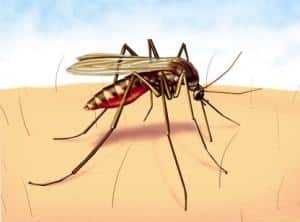