Cervical spondylosis: Expert tips to deal with pain in the neck

Dr Smarajit Chakrabarty tells us about cervical spondylosis and how one can prevent and treat the condition. 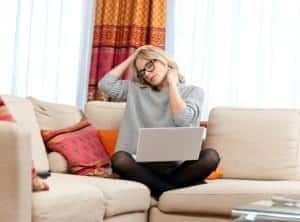 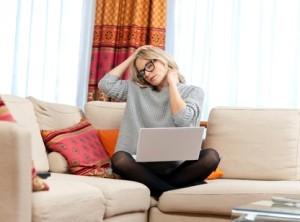 Spending hours bent over a computer or laptop or carrying heavy handbags can often have us reaching for the back of our neck, massaging it for some form of pain relief. But when does this bearable pain go from an irritant to being an indicator of a serious condition? Well, we have the answers for you. Dr Smarajit Chakrabarty, senior consultant, Orthopaedics at Apollo Hospital tells us about cervical spondylosis and how one can prevent and treat the condition. Also Read - 10 reasons you shouldn't ignore constant body ache

Cervical spondylosis is another name for osteoarthritis in the joints of the vertebrae in the neck. This means that it is a degenerative disease where bony surfaces, in this case in the cervical vertebrae, have lost their cartilage lining. If there is inflammation of the joint associated with this degeneration, one would use the term, spondylitis to describe it. Also Read - Being altruistic can increase your pain threshold

In spondylosis, apart from the changes described in the bony vertebrae, one will similarly encounter corresponding changes in the cushion like structures—the discs–that lie between successive vertebrae. Just as a degenerated joint alone will produce some symptoms of its own, a degenerated will be responsible for some, possibly different, complaints too.

The word, cervical, pronounced, serve-i-cull, comes from Latin, and is the adjective derived from the noun, cervix, meaning neck. It takes its root from the Latin word for horn. Ergo, cervical, by itself, is not the name of any disease. Anything related to the neck can be called cervical, as in, a cervical collar, or cervical lymph glands, or for that matter, a cervical cancer in the uterus (for that part of the uterus is called the cervix), and so on. I often get patients who complain to me of a cervical. The word cervical alone conveys no sense.

Spondulos is the Greek name for a vertebra, and –itis after the name of an organ is used in the language of Medicine to describe inflammation anywhere in the body. The suffix –osis is a more recent addition, and is used to differentiate between a degenerated spinal joint that is inflamed and one that isn’t. I don’t know of its origin.

Who can suffer from it? What predisposes people to this condition?

We will all, at some point, end up losing cartilage from our bones, so it’s not wrong to say that spondylotic changes will be seen on x-ray in anyone who is around 50 years of age. Changes are seen earlier and to a greater degree in those whose joints have been subjected to strain more than usual. Strain could be owing to excessive body weight, the spinal column being a weight-bearing structure, poor muscle tone or bad posture, and there is, of course, a genetic predisposition to this disease. Arthritis tends to run in families.

An x-ray of the Cervical Spine is usually enough to confirm the diagnosis of spondylosis/spondylitis, if suspected. When the patient presents to him, the doctor will take a detailed history and conduct a thorough clinical examination, and will, once in a while, order more tests like an MRI to look for the effects of the spondylosis in structures that don’t show up on x-ray, and to correlate the changes and effects with the patient’s symptoms.

Pain in the neck is the commonest symptom in spondylosis, but it would be incorrect to label every patient with neck pain as a spondylotic. By definition, the disease is called spondylosis only when there are degenerative changes seen on x-ray. Very often, doctors, since there is no suitable term available to them to use, will call a neck pain without degeneration, a Cervicalgia, to show off their (otherwise non-existent) knowledge of the classical languages, where the suffix, —algia comes from the Greek word, algos, meaning pain. If a young subject who, say, works on the computer for 8-10 hours a day starts experiencing a persistent pain in the neck, they should take it as a warning sign that spondylosis is on its way and start taking remedial measures.

What are the treatment options for these patients?

Reduction of pain and restoration of function are the main objectives of treatment. To reduce the pain of inflammation anti-inflammatory drugs (NSAIDs) are prescribed for brief spells. These medicines should never be taken without supervision.

Physiotherapy and exercises remains the mainstay of treatment. Physiotherapy is safe and reduces inflammation and pain; exercises keep your joints moving.

An operation can be considered to remove an offending disc, in part, or in whole, if it is compressing a nerve or the spinal cord, and where conservative treatment has not provided relief. The operation is now performed through a small, minimally invasive, incision, and with the use of an operative microscope, so that the structures appear magnified, and so that there is less chance of tissue damage. If a whole disc is removed, the two vertebrae, above and below it, are fused together.

Disc replacement is a relatively new operation where the degenerated and compressed disc is removed, and replaced by an artificial one. The new disc will have more elasticity and, it is claimed, will allow a greater range of movement.

What are the techniques to live with the condition?

Treatments aside, what one needs to really focus on is the changes in the lifestyle one needs to make in order to live a full life with arthritis. Read more about them here.

How can one prevent/slow the onset of the condition?

The onset of osteoarthritis can be slowed down with

Loved this article?Vote for www.thehealthsite.com for the ‘Website of the Year’ Awardand stand a chance to win goodies. Don’t forget to activate your vote from your inbox. 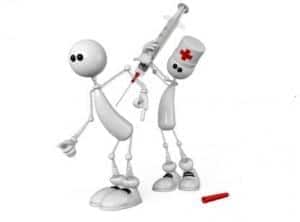 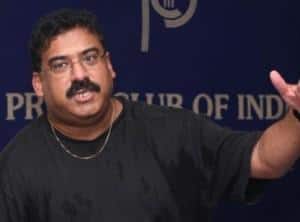 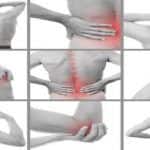 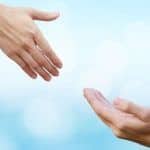 7 easy ways to get rid of painful blue balls 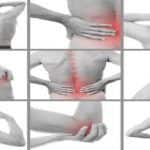 Want to get rid of aches and pains? Add these foods to your diet