Home / Diseases-conditions / Cancer / 9 myths about cancer that you should stop believing!

9 myths about cancer that you should stop believing!

We are trying to debunk few of the common myths with Dr Nidhi Patni, Senior Cancer Specialist, BMCHRC, Jaipur 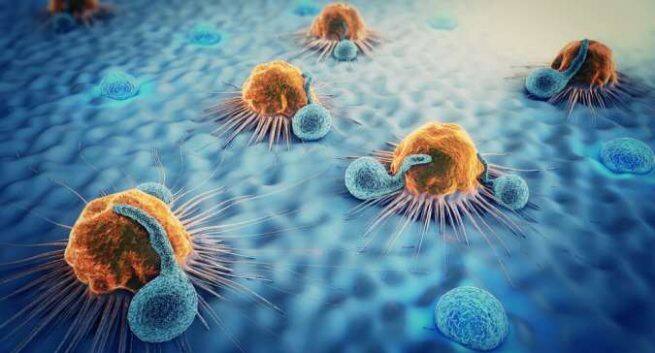 According to a WHO report, it has been noted that people more than 12.7 million are diagnosed with cancer and more than seven million are dying of cancer every year globally. Every year more than eight million people die from cancer worldwide. While it is necessary to create awareness about cancer there are still many myths that first needs to be debunked. Many people believe in various kinds of myths that stop them from getting the right treatment or approaching the condition in a rational way. Many family members refrain from giving the right attention and care to the patient as they harbour such regressive thoughts about the condition. Also Read - Peritoneal cancer is not only rare but can easily be confused with ovarian cancer

Also Read - Common infections can be fatal if you have cancer: Know what to look out for

Here we are trying to debunk few of the common myths with Dr Nidhi Patni, Senior Cancer Specialist, BMCHRC, Jaipur. Also Read - RIP Rishi Kapoor: Breathing difficulty is a cancer complication that you need to deal with promptly

Myth 1: Cancer is an infectious disease.

Fact 1: Even with all the latest advancements and technologies available to treat the condition many people from the rural (as well as urban) sections of the society think that cancer is an infectious disease and can be contagious. But the fact is cancer is neither infectious nor contagious. Cancer is the uncontrolled growth of abnormal cells anywhere in the body. These cells can infiltrate normal body tissues. In fact, experts believe there are few plausible causes that can lead to abnormal cell division that can form cancer cells exposure to toxins, pathogens, radiations and genetics. Cancer is not a contagious disease. Here are nine healthy habits that can reduce your risk of cancer.

Fact 2: Many people think that you get cancer because of the diagnostic processes you had to undergo and not because of disturbance in the genetic make-up or due to excessive toxin exposure. People think that cancer spreads due to procedures like FNAC (Fine Needle Aspiration Cytology (FNAC) which is a simple, quick and inexpensive method used to sample superficial masses or lumps like those found in the neck or biopsy (a procedure in which a sample of tissue is removed from the body for examination). FNAC or biopsies are some of the trusted diagnostic procedures that are used to detect cancer. The irony is if the result turns positive after these tests people think that it is these tests that caused cancer. Yes, even in today s progressive world these thoughts still have a place. Here are few tests that can help to detect cancer early.

Myth 3: Cancer treatment is worse than the disease itself.

Fact 3: This myth, in particular, might have been true a few decades ago. But with advances in technology and newer drug, side effects are minimal and treatment tolerance has increased remarkably.

Fact 4: A cancerous lump is not painful, to begin with. Pain is experienced in the later stages when it spreads to the tissues like nerves, muscles or bones etc. Because a lump might be sitting quietly and send no signals of pain many ignore it till it gets worse.

Myth 5: Cancer can only lead to death and not cure.

Fact 5: Death is inevitable, but what one should know is that a disease like cancer needs proper treatment approach and management. If not managed or treated on time it could definitely claim one s life. If detected early and treated optimally on time, cancer is curable.

Myth 6: Cancer is a genetic disease.

Fact 6: Not all cancers are genetic in nature. Only a few cancers like breast, ovarian, prostate, colon cancer have a genetic predisposition. Others are influenced due to lifestyle issues and exposure to toxins through various mediums.

Myth 7: Entire organ has to be removed if cancer is detected.

Fact 7: Not necessarily, if detected early the healthy portions of the affected organs can be preserved after surgically removing the diseased parts. For e.g. early stage breast cancer, cancer of vocal cords, etc.

Fact 8: Not all chemotherapy drugs cause hair loss. Of course, one may suffer from hair loss which is the side-effect of chemotherapy drugs but with ewer and advanced medications, even this can be prevented to a great extent. Here are 10 dos and don ts to follow when you are on chemotherapy.

Fact 9: Radiation therapy is not painful, but when delivered to face and neck region it causes a reaction which leads to difficulty in swallowing due to pain. But for others body parts like brain, breasts, lung etc. it is not a painful procedure. 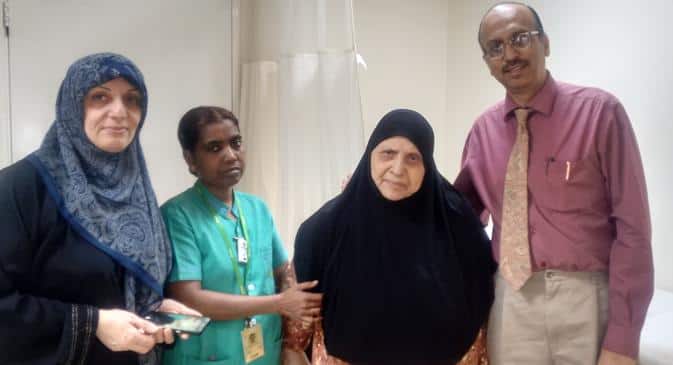 After 15 years, Iraqi woman back 'on her feet'