Cancer - your most common queries answered by an expert 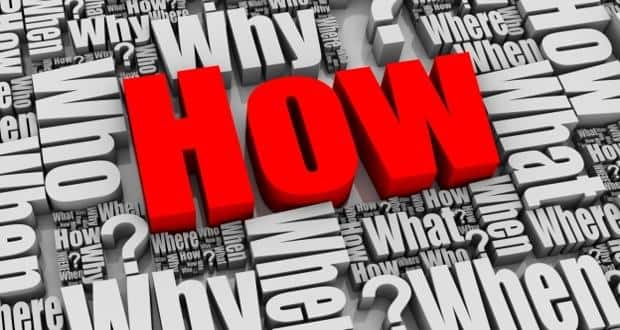 When a loved one falls ill, especially with cancer, it can be an extremely trying and confusing time. While the treatment options are many, often what the doctor says makes no sense and we are left in the dark about what will happen next. In order to decode the medical jargon, Dr Sumeet Shah, renowned oncologist, answers some of the most common questions about cancer in layman's terms.

Normal body cells multiply in an orderly fashion. Some cells multiply, while some cells die, so that the body mass remains intact. All this is programmed and tightly controlled by 'genes' in the cells. When there is some change in the genes due to variety of reasons, it could cause a cell to escape this control mechanism and multiply uncontrollably. This is cancer. The cells just keep on multiplying, initially forming a small 'tumour', and finally grow larger. The problem with cancer is, in whichever organ the cancer forms, the function of that organ is disturbed by the cancer. Besides, cancer cells can spread by means of lymphatics and blood stream to other organs in the body and they form similar tumours in that organ and disturb the function of that organ too. It is the disturbance of function of the organs which initially causes the symptoms and ultimately results in the death of the person.

What leads to cancer?

There are innumerable things which can cause cancer. Some of the commoner causes are as follows:

What do stages of cancer mean? And how are they decided? How do we know how severe the cancer is by the stage?

Most cancers have 4 stages. They are decided by the TNM system (T Tumour, N Node,M Metastases). The doctor will assess whether the tumour is localized only to the organ, or if it has spread to the nearby nodes or if it has distant metastases (if it has spread to organs far away from the initial site of the cancer through the blood). The reason of segregating patients in stages is that each stage may have some predictable outcome and will have particular type of treatment for that group. (Read: Bone Cancer types, causes, symptoms and treatment)

What kind of treatment can I expect and what will its side effects be?

The side effects of treatment of cancer are due to the fact that it is very difficult to target cancer cells. Cancer cells are actually normal cells, which have lost their 'brain'. The only differentiating point is that they multiply very fast. So all we can usually do is, remove the organ affected by the cancer through surgery, then use chemotherapy to kill rapidly dividing cells (which causes a bit of collateral damage by destroying other normal body cells which multiply fast - like WBC's, hair follicles, cells of alimentary tract etc). We give radiation to the local area in many cancers to destroy remaining cells. Of course, there has been a lot of breakthrough, and now we can target cancer cells (called targeted therapy), but this does not apply for all cancers, and the results of the same still need to improve. (Read: Basic cancer treatments: Surgery, chemotherapy, radiotherapy and bone marrow tranpslants)

What are chemotherapy and radio therapy? Why do they cause such severe side effects?

Chemotherapy is the injection of drugs in saline, into the body. These drugs are programmed to kill rapidly multiplying cells. Radiation Therapy is subjecting a particular area (of cancer) in the body, with 'ionizing rays'. These types of rays kill the dividing cells.

How important is a second opinion when it comes to the treatment of cancer?

It depends. If one is satisfied with the oncologist's explanation of the stage of the disease, the treatment plan; one need not take second opinion. However, if some questions remain unanswered or if the patient is not satisfied, one can always take a second opinion. Internet plays a very important role here. It's easy to find information on net (although it can also be misleading at times). But for a person with an average intelligence and net access, it is fairly simple to correlate information. However, if a doubt exists, a second opinion is very important.

Does cancer mean death? I know people who have died of it and those who have survived.

No, I would not say that. It depends on the stage of cancer the patient presents with. If diagnosed in the early stages, we can treat it very successfully and well. But in the later stages, the cancer can be treated and at least prolong the life of the patient. For those who present in terminal stages, we really cannot do much except provide tender loving care and symptomatic treatment.

I want to emphasize on this last point, of patients presenting in terminal stages. In our country, because of blind faith in alternate therapy, there are many patients who actually detected the cancer early but opt for alternate therapy and their cancer progresses beyond any form of treatment. These patients finally seek the intervention of an oncologist, who really cannot do anything in the last stage. PLEASE UNDERSTAND, no alternate therapy can ever treat or 'cure' cancer EVER. Many so called alternate therapy practitioners fool people by providing medicines that they say 'boosts' immunity. It is all humbug. A pill cannot boost immunity. A pill cannot make you lose weight. Please wake up and keep this fact in mind.

Roughly, every third or fourth patient who lands up at Tata Memorial Centre (the largest cancer centre in India), has already undergone some alternate therapy; for most of them, the cancer has progressed so much that nothing can be done for them. I have had so many patients who presented in early stages, who are treated well and are surviving. (Read: Can alternative therapies cure cancer?)

For those who are bold and want to take a look, here are the pictures of one of my patients. This lady presented to me two weeks back. She was diagnosed with a tumour in her breast six months before she came to me, but preferred to resort to Ayurveda treatment. Had she come six months back, we could have treated her and she would have probably lived for at least another 5 to 10 years. But now, she is not likely to live for more than two years. So, waiting for 6 months has reduced her life by 5 years. Cancer does not believe in math, you see. You can take a look at her story here.

Can a person ever be sure the cancer will never come back?

No, no one can ever be sure. Even a person with stage 1 cancer has a small chance of the cancer coming back. But we do know, that the earlier a cancer is detected, the lesser the chance of it coming back. For example, for breast cancer, for stage one, less than 5 per cent of patients will get it back and more than 95% will be cured. For stage two, about 20 to 25% patients will get the cancer back in five years. For stage three, more than 50% patients will get cancer back in five years. So it is very essential to detect cancer early.

What can I do to protect myself from getting cancer?

Maintain a healthy lifestyle, which includes regular daily activity, control of weight, eat less of junk food and have a balanced diet. Most importantly fight stress.

For a normal average risk male or female, there are only 4 cancers, which can be caught BEFORE they produce any symptom. These are breast cancer, cervical cancer, oral cancer and prostate cancer.

Be aware of symptoms of these cancers especially after the age of 35. Especially for women, they must undergo regular evaluation, once a year, with an oncologist preferably.

Will I be able to have children after I've had cancer?

This depends from cancer to cancer and depends on whether the treatment has damaged the ovaries or the testicular cells. If none of the important reproductive areas have not been affected there is no reason why one cannot have a child after suffering from cancer.

Can a child also get cancer?

Yes, a child can also get cancer and there are often unique. The good news is that many childhood cancers are curable.

What's the difference between supportive care, palliative care and terminal care? Are they the same?

These words are often used for patients to whom we cannot offer any treatment, so we aim to make them as comfortable as possible and treat their symptoms. They are more or less the same. The aim of these treatments is to at least help the person be free from pain, be able to eat and if possible, move around a bit. Quality of life is very important.

I had cancer and it has recurred. Could I have done something to prevent its recurrence?

Recurrences cannot be prevented. It's not in our hands. But we can detect a recurrence and treat it. We call each and every cancer patient who has finished treatment, every three months for the first two years, every six months for the next three years and yearly thereafter, with an idea of assessing whether the patient is alright and if there is any chance of recurrence, so as to plan a line of treatment and testing accordingly.