Dr Nilesh Gautam from Asian Heart Institute explains what to expect from a bypass surgery. 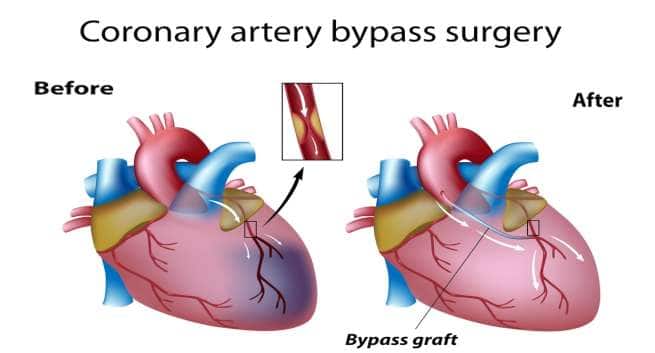 If you have multiple blocks, which are more than 70%, then undergoing bypass surgery is the only treatment option. Unlike angioplasty, where stents are inserted into the arteries to improve blood flow, bypass surgery is a process where a new route is made for the blood to reach the heart without clearing or cutting the blocked artery. All this is done when the heart is still pumping and when the patient is under anaesthesia. Read more on angioplasty or bypass surgery which is right for you? Our expert Dr Nilesh Gautam, Senior Interventional Cardiologist, Head of Department of Preventive Cardiology and Rehabilitation at the Asian Heart Institute, Mumbai explains what happens during and after bypass surgery. Also Read - Heart Transplant: Expert explains everything you need to know about the procedure

Also Read - Cardiovascular diseases: How the treatment for heart diseases has evolved?

1. Technically known as CABG (coronary artery bypass graft), it takes around 8 hours for the entire surgery to be done. During the surgery, the chest bone, known as the sternum, is cut, and the surgeon exposes the heart. A new way is made for the blood to flow across the blockage. Here’s more on the complications of angioplasty and bypass surgery. Also Read - Kim Jong Un reportedly had a heart surgery: Is obesity a reason for his illness?

2. Earlier, the veins of the leg were used as grafts for the bypass surgery. These had a tendency to get blocked in seven to eight years. Over the years, the doctors have started using arteries, instead of veins to improve the overall treatment process. And hence, currently, internal mammary arteries, the two arteries that are present on each side of the breastbone and radial artery, the artery of the forearm are used for the bypass surgery. This usually ensures there is no blockage for 20 25 years. This process is known as Total Arterial Revascularization (TAR).

4. However, some tubes are put inside the chest because bleeding occurs. The tubes are kept for a day or two, and once there is no bleeding or leakage in the tube, the tubes are removed. The patient also requires blood transfusion due to loss of blood during the surgery.

6. On day 14th post surgery, the patient has to visit the hospital for stitch removal. The stitches on the anterior wall of the chest are removed. The chest bone is cut during the surgery and steel wires are put to hold it after the surgery.

7. Although the patients are totally mobile and can get back to normal life at the end of day 14, for total improvement, it usually takes four to six weeks. The healing of bone takes place in three to six months. Almost all patients complain of pain along the site where the bone was cut.

8. The patient is restricted from performing heavy exercises and lifting heaving weight during the first four to six weeks after the surgery. It is also advised to avoid forward bending for the 1st four weeks after the surgery. To know more about how life can change after bypass surgery, read this story of a 46-year-old who underwent bypass surgery.

This is how cancer cells become invisible to our immune system