Scientists are trying hard to find a cure for HIV/AIDS. Here are some things which signify the progress they've made. 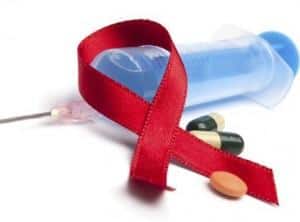 Scientists have for the first time identified a protein in breast milk that neutralises HIV and may protect babies from acquiring the virus from their infected mothers. The protein, called Tenascin-C or TNC, had previously been recognised as playing a role in wound healing, but had not been known to have antimicrobial properties. The discovery could lead to potential new HIV-prevention strategies. Researchers at Duke University Medical Centre found the TNC protein in breast milk binds to and neutralises the HIV virus, protecting exposed infants who might otherwise become infected from repeated exposures to the virus.

'Even though we have antiretroviral drugs that can work to prevent mother-to-child transmission, not every pregnant woman is being tested for HIV, and less than 60 per cent are receiving the prevention drugs, particularly in countries with few resources,' said senior study author Sallie Permar, assistant professor of paediatrics, immunology and molecular genetics and microbiology at Duke. 'So there is still a need for alternative strategies to prevent mother-to-child transmission, which is why this work is important,' Permar said.

In their study, the Duke team screened mature milk samples from uninfected women for neutralising activity against a panel of HIV strains, confirming that all of the detectable HIV-neutralisation activity was contained in the high molecular weight portion. Using a multi-step protein separation process, the researchers narrowed the detectable HIV-neutralisation activity to a single protein, and identified it as TNC.

Should we be optimistic or cautious? This isn't the first time that we've been presented with tales that an HIV cure is on its way. The most famous of them are:

'Melittin on the nanoparticles fuses with the viral envelope,' said research instructor Joshua L. Hood, MD, PhD. 'The melittin forms little pore-like attack complexes and ruptures the envelope, stripping it off the virus.' Adding, 'We are attacking an inherent physical property of HIV. Theoretically, there isn't any way for the virus to adapt to that. The virus has to have a protective coat, a double-layered membrane that covers the virus.'

In a path-breaking breakthrough two American were believed to have overcome HIV after undergoing stem-cell therapy! The news has met with widespread elation with experts believing that a cure might be on the cards. Doctors from the Brigham and Women's Hospital in Boston announced on Wednesday night that two previously HIV-positive patients no longer had detectable virus levels in their blood or tissue after having bone marrow stem-cell transplants to treat cancer between two and four years ago, the Age reported. (Read more...)

There were reports in March 2013 of a toddler who was completely cured of the virus after being born of it. She has been cured of the disease after following an aggressive regime of drugs. This was the second documented case of a person being completely cured of the virus after an adult known as the Berlin Patient was cured as a result of bone-marrow transplant. This startling piece of information was discovered when the baby's mother stopped treatment and doctors lost track of the baby who was given a bout of heavy drugs (current procedure suggests only a modest daily dose of antiretroviral treatment) about 30 hours after she was born at a rural Mississippi hospital, doctors said at a medical meeting in Atlanta. However, a doctor poured cold water on cold water on what was termed 'the greatest medical breakthrough of the century'.

In his piece, Dr Siedner pointed out in his column, exposure to HIV doesn't mean that the baby will have HIV. 'We will likely never know if those cells were from the child or maternal cell that has been transmitted during pregnancy or birth.' When a child is born, he or she has some maternal cells in his system so it's impossible to tell whether the child actually had HIV or not, or the tests detected the maternal HIV positive cells.

According to a study published in the journal Nature, scientists have discovered a new gene which can inhibit the HIV virus from spreading after it has entered the body. The study was led by Dr Caroline Goujon and Professor Mike Malim at the Department of Infectious Diseases, King's College London. It was conducted by introducing the virus to two separate lines of human cells. On one line, they introduced the MX2 gene along with the virus, while on the other they didn't. The line on which the MX2 gene was introduced, it was seen that the virus had stopped replicating. (Read more.)