Brandon Bays’ incredible recovery from her tumour with cellular healing

Alternative therapist Brandon Bays, known across the Western world for her energy medicine, has brought her book, 'The Journey', a life-healing guide and the story of her battle with tumour, to India, 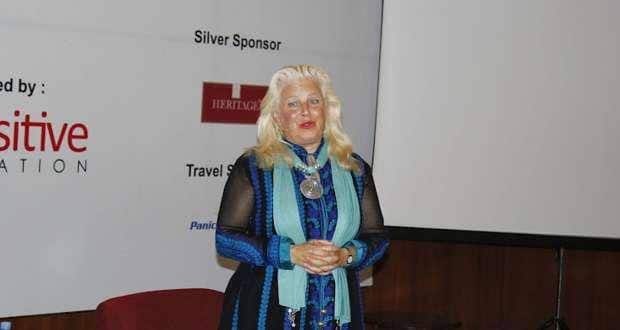 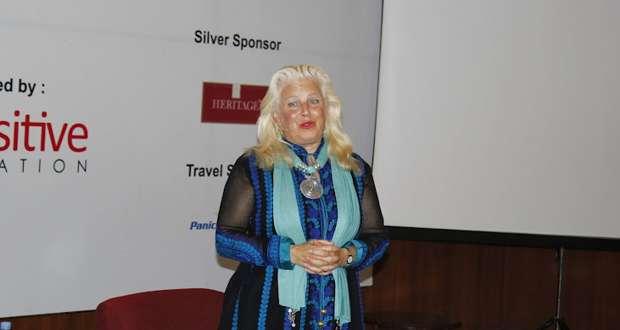 Alternative therapist Brandon Bays, known across the Western world for her energy medicine, has brought her book, ‘The Journey’, a life-healing guide and the story of her battle with tumour, to India, the country which had started her on the spiritual path in the 1970s. Brandon’s ‘Journey’ therapy is linked to accessing the infinite intelligence and repressed memories stored in human cells – for the release of negative energy – through ‘yoga meditation, guided visualisation, herbs and nutrition’. Also Read - Breakthrough cell therapy to improve memory following traumatic brain injury : Study

Brandon’s spiritual journey began with Indian philosopher J. Krishnamurthi whom she met at Carnegie Hall in New York City in 1974. The meeting aroused her curiosity about India. ‘I started coming to India – and met the seer, Muktananda. I became his disciple. After Muktananda passed away, his successor and disciple Gurumai (the mother seer) became my guru. I learnt siddha yoga from her,’ Brandon told IANS here. Also Read - This AI method can help treat brain tumours

Her spiritual quest led her to Ramana Maharishi and his disciple Poonjaji. ‘Poonjaji gave me blessings for ‘Journey’ – and named the work I do as energy medicine,’ Brandon said. After 18 years of practising energy medicine, lifestyle therapies, stage shows with famous motivational speakers and self-help gurus like Anthony Robbins, vibrant vegetarianism and a blissful married life, Brandon’s life fell apart at the age of 39 in 1992 when she was diagnosed with a tumour in the pelvic region.

The tumour had grown through her stomach to touch her diaphragm. The pelvic mass was crushing her organs – and Brandon was bleeding internally. ‘Here I was doing all the right things…I just did not want to believe that it was happening to me,’ Brandon recalled. One day while meditating, Brandon realised that ‘she could not zip up her trouser… not even the loosest one’. ‘I looked six months pregnant…I was ashamed,’ she said. Brandon sought an appointment with a surgeon-cum-integrative medicine practitioner in California. ‘She said I had to have a surgery – the internal bleeding could kill me. I literally begged her to give me some time when I left her office so that I could heal myself without surgery,’ she said.

The doctor gave Brandon a month.

Brandon was in a state of panic. And as she walked out into the sunshine, she stopped short.

‘In front of me was this beautiful memosa tree with golden blooms. I was arrested by its beauty and my mind started to wind down. I was flooded with gratitude – it was a beautiful feeling and I knew that I would be guided to heal,’ she said. Around that time in 1992, ‘a lot of research was under way in the field of cell therapy (cellular healing)’. If ‘one could feel the emotions healthily, then the cell receptors would open releasing the blocked energy’, Brandon said.

‘Doctor-turned-spiritualist Deepak Chopra, who was associated with the Boston Medical Hospital, said he had gone through hundreds of case studies of people who had survived serious illness – by some active grace or some spontaneous event connected to the infinite intelligence of the body getting access to cell memory. It helped old cells to slop off and replicate into healthy cells, curing illnesses,’ Brandon said.

One day during a massage therapy session, Brandon felt her mind falling away while resting with her eyes closed. The chamber was suffused with light. ‘I fell down through the emotional layers into my soul – and was guided mentally to the tumour spontaneously (in a state of meditation). It was like a black cavern – and there was cell memory of childhood abuse and domestic violence. I faced down 30 years of pride, arrived at acceptance and uttered – I forgive you mum,’ Brandon said.

A week and a half later, the tumour began to shrink in size, she said. And in six-and-a-half weeks – after two similar journeys – it disappeared. The doctors declared her tumour-free, she said. The personal miracle was the beginning of her brand of medicine ‘Journey’ – and her new life as a survivor. Her book (published by Harper Collins-India) was released last week. Bays will host a series of energy healing and transformation workshops in the capital in January and February to share her experience with people ‘from all walks of life’. 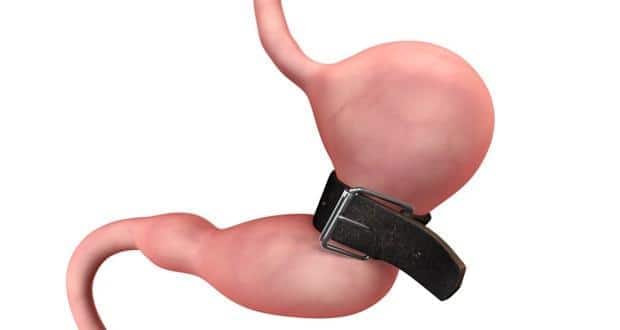