Home / Diseases & Conditions / 6 best medical achievements of 2017 that everyone should know about!

6 best medical achievements of 2017 that everyone should know about!

2017 has changed the way we could treat depression, Alzheimer's, cancer and AIDS.

Like its predecessor, 2017 has also been blamed for being the worst year ever, collectively by the internet. But when you look at some of the medical milestones of the year 2017, you’d be forced to reconsider. Researchers in 2017 have worked tirelessly to make our lives a little better and a lot healthier in the years to come. These include breakthroughs in Alzheimer’s, Parkinson’s, cancer and HIV treatment. Here are some of the greatest medical achievements of 2017 that will make each of us proud. Also Read - Cellular 'death by iron' could be a new promising avenue of cancer treatment

Among the latest breakthroughs is the use of hyperbaric oxygen for the treatment of Alzheimer’s disease. A progressive disease, Alzheimer’s is known for its resistance to treatment. But discovery is hailed as a milestone in Alzheimer’s treatment because it is said to improve the pathology of the disease and correct some of the behavioural problems in patients. Here how oxygen therapy can reduce symptoms of Alzheimer’s.

Cholera is a gastrointestinal disease that affects the small intestines. One of the hallmarks of the disease is that it can assume epidemic proportions. And as of 2010, cholera has been classified as a pandemic. To counter this problem, the vaccine company PaxVax has developed a cholera vaccine, a single dose of which can stop the epidemic in its tracks, controlling big outbreaks more quickly. PaxVax vaccine can stop cholera epidemic from spreading.

CAT T-cell Therapy is one of the latest and the most effective breakthrough in cancer treatment. According to a study conducted by Memorial Sloan Kettering Cancer Center in New York City, researchers have found a way to treat acute lymphoblastic leukaemia in children by using the immune system to attack and kill cancer cells. This helps children afflicted by the dreaded disease to achieve remission quicker and live a normal childhood.

HIV has the ability to resist medication and treatment by lying dormant in CD4- T cells. So when the patient stops the medication, this dormant virus awakens again and starts attacking the body again. So the scientists from UCLA, Stanford and National Institute of Health have been trying to find a way to smoke the virus out of its hiding places and attack them when it activates. The team of scientists have aptly named the technique “kick and kill.”

Till recently, head transplantation as a possibility existed only in science fiction. But a recent experiment conducted by a group of Chinese doctors brought this fantasy a step closer to reality. The doctors severed the spinal cord of 15 rats and tried to reattach them in 9 of them. Except for one, all the rats survived for close to a month after the experiment. A Russian man suffering from muscular spinal atrophy has volunteered for the spinal transection surgery.

6 Ketamine as a treatment for depression

In a revolutionary discovery, ketamine, an infamous date-rape drug, found redemption in 2017 as a possible treatment option for depression, PTSD and suicidal ideation. Research has revealed that ketamine, an anaesthetic drug, could be able to tackle depression like no other drug has done so in the past. If studies are to be believed, ketamine will be able to reduce depression within hours after injecting it intravenously. 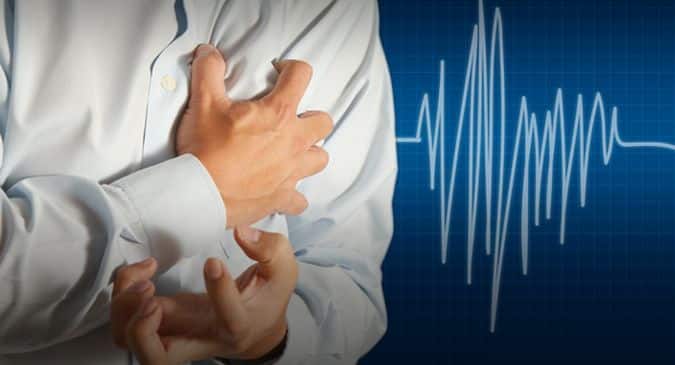 Sweating a lot? It could be a heart attack say doctors

5 Amazing health benefits of bamboo shoots that you should know