Battle against HIV/AIDS stigma still on

Usha Desai, a sex worker in Maharashtra's Parbani district, has been successful in fighting AIDS, but it is the struggle against social exclusion and stigma related to the disease that has cost her mo 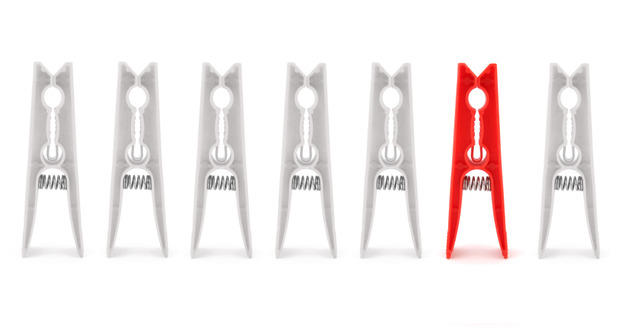 Usha Desai, a sex worker in Maharashtra’s Parbani district, has been successful in fighting AIDS, but it is the struggle against social exclusion and stigma related to the disease that has cost her more. The 40-year-old, live over 2.3 million other HIV/AIDS patients in India, feel that the real war against the disease will be won only when they will be accepted in the society. Also Read - Australia halts COVID-19 vaccine development due to false HIV positives

So now, she along with many other sex workers suffering from HIV/AIDS in the district under SETU, a community based organisation of sex workers and tamasha (drama) artistes, have been at the core of a small revolution that has ultimately transformed the lives of many like them. ‘We want to send our children to schools, but we are unable to produce documents like residence proof, father’s name, and ration card asked by school authorities. When we tell them our profession and status, we are further discriminated,’ Desai told IANS over phone. Also Read - World AIDS Day: Things to know about its symptoms, transmission and treatment

‘But we are determined to fight for our and our children’s right,’ Desai said.

Shubha Gaikwad, a member of the organization, said learning about safe-sex practices was not enough and through the organization they got to know about their rights. ‘We were associated with the HIV programme since the year 2000; it enabled us to learn about safe sex, sexually transmitted infection and management of HIV. Slowly we realised that talking about health alone is not enough,’ Gaikwad, a tamasha artist, said.

‘Besides safe health, the women were confronted with larger issues such as those of security and social recognition. It is then that we decided we need to work towards claiming our space as women and as citizens of this land,’ she said. Through the organization, they have been able to take up the issue of social entitlements, including vote id card, pension benefits, with the local authorities.

Gaikwad said if the government had been able to bring the long-delayed HIV/AIDS bill some of their problems could have been addressed. Civil society groups slam government’s role in delaying the HIV/AIDS bill that seeks to protect their rights and provides a redressal mechanism against discrimination.

‘The drop in new HIV infection in the country is a huge feat and it has become possible because of organisations like SETU,’ Akhila Sivadas, director, Centre for Advocacy and Research (CFAR) working with NGOS working on HIV/AIDS, told IANS.

According to National Aids Control Organisation (NACO), an apex body that formulates policy to prevent and control HIV/AIDS in the country, the rate of new HIV/AIDS infection has come down by 56 percent in India and there are 172,041 people who have died due to AIDS in the country.

But, Sivadas said the sad part is people recover from the dreaded disease, but discrimination against them continue. ‘Social stigma attached to HIV/AIDS is a bigger threat yet to be won,’ she told IANS. According to Nochiketa Mohanty, national development manager, AHF India Cares, ‘the bill provides a redressal mechanism against discrimination in society.’

‘The irony is that the bill was drafted in 2006 after a long consultation process with over 90 NGOs but it is yet to see the light of the day. We have been repeatedly asking government to show us the final draft but have been denied,’ Mohanty said. AIDS Healthcare Foundation (AHF) operates free AIDS treatment clinics in India as AHF/India Cares. The bill makes it the responsibility of the government to provide complete treatment free of cost.

Amitabh Awasthi, president, Lucknow Network of Positive People feels that they have been betrayed by the government.

‘What HIV/AIDS patients want is an assurance from the government that they won’t die in absence of treatment. We have to face so much of discrimination at hospitals, government offices and other places and what we are asking for a right to live with dignity,’ Awasthi told IANS. For Desai, in the absence of the bill, life looks like a long battle for acceptance in society. ‘We feel alone in our fight… if the government brings this bill, our life will become little bearable,’ added Desai.