Home / Diseases & Conditions / Another reason to quit smoking – it can make you blind!

Another reason to quit smoking – it can make you blind!

Not many people know that smoking can be a reason for vision loss in people above 50 years due to Age-related Macular Degeneration (AMD). Read more about it. 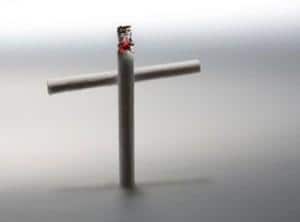 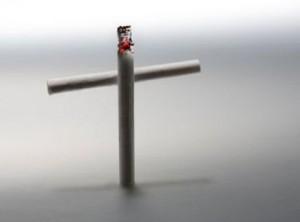 October 10 is World Sight Day Also Read - Prostate cancer: Bring down you risk of this condition by having several cups of coffee a day

The hazards of smoking are well known. But what is not so well known is that smoking can also be a reason for vision loss in people at or above the age of 50 years due to what is called Age-related Macular Degeneration (AMD). Also Read - Prevent cognitive decline: Go for routine eye scans if you have type 1 diabetes

AMD is an eye condition that leads to the deterioration of the centre of the retina, called the macula. It has emerged as the leading cause of vision loss in people. Also Read - 'Casual' smokers may also have nicotine addiction: Home remedies to help you quit smoking

‘As there are no specific preventive measures, we advise people to quit smoking, protect the eyes from ultraviolet light and control their cholesterol,’ Deependra Singh said. (Read: Natural remedies to quit smoking)

According to the World Health Organisation (WHO), AMD is the third largest cause of vision loss worldwide. It first leads to vision distortion and, if not treated well, can cause permanent vision loss.

In this disease, the photo receptor cell of the retina is killed by waste products, and tiny spots called ‘Drusen’ are developed, which then leads to blurring of vision. This is the dry AMD, one type of AMD.

‘The most severe is the wet AMD in which a neo-vascular membrane behind or in the retina grows progressively and destroys the central retina. It is not a cancer but behaves like one and the wet AMD, if not treated on time, can cause permanent blindness,’ Deependra Singh said.

The symptoms of dry AMD are difficulty in fine reading and the central portion of the image becoming invisible, while for wet AMD the image starts getting distorted. Patients suffering from it see straight line as a curve.

‘The treatment for the AMD is injecting a special drug in the eye, which has to be taken in multipe rounds, like in cancer treatment. In severe cases a combination of laser treatment and injection is given,’ Sanjay Dhawan, director, ophthamology, Fortis Memorial Institute told IANS.

The injection to treat AMD costs about Rs. 20,000 to 25,000; so doctors feel that the treatment of the disease is still very expensive.

‘Once the vision is lost it cannot be retrieved back; so for whatever has been left behind the patients are given low vision aids that are equipped with magnifying glasses to make reading easier,’ added Dhawan.

Though not a new disease, cases of AMD have been on the rise.

‘With lifespan of human beings increasing, the detection rate has been increasing. However changing lifestyle and food habits can also be attributed as one of the cause,’ Kingshukh Biswas, ophthamologist at Columbia Asia, told IANS.

Thus doctors advise people nearing the age of 50 years to take Vitamin A rich food like fish and green vegetables.

‘Once a person nears the age of 50 years he should also undergo regular retina screening and use Amsler Grid. It is a chart which are given to patients to monitor or check any kind of distortion,’ Biswas added. (Read: Top eye care myths busted) 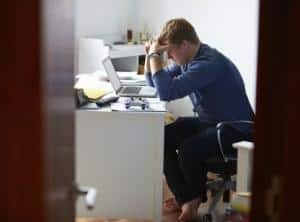 Why have adolescent suicides gone up by four times in the last twenty years? 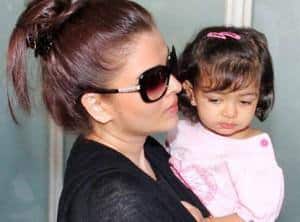 How important is it to have a parent around during childhood?