Birthmarks are common in newborns, but they usually are a source of great concern to new parents. 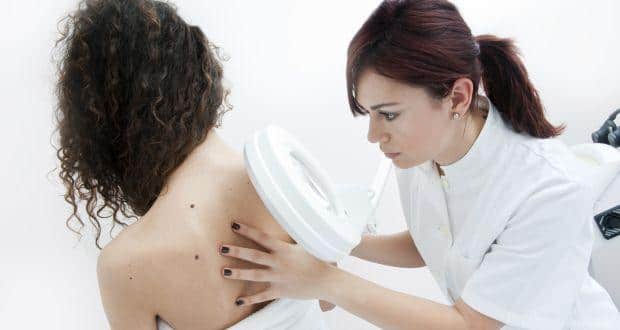 Does the birthmark in your newborn make you anxious? You are not alone. Birthmarks are common in newborns, but they usually are a source of great concern to new parents.

A birthmark is a skin marking that is present at birth. They can be of various types - cafe-au-lait spots, Mongolian spots, congenital moles, or vascular (development of blood vessel) birthmarks. It is not known why they appear and there is no known way to prevent birthmarks. Fortunately, most birthmarks are not harmful and do not require any treatment. Some may require cosmetic treatment as they may affect the appearance and self esteem of the child. Others are more serious, that is, they may give rise to disorders that would need medical attention.

Birthmarks are of two types caused by either

an overproduction of pigment in the skin, or

an overgrowth of blood vessels in the skin

Here's more on each type of birthmark:

Moles are small clusters of colored skin cells, caused by overproduction of pigment in the skin. It is normal to have 10-15 moles in an adult. When a child is born with a mole, it is a type of a birthmark called congenital mole (nevus). About one percent of the children are born with a congenital mole. Congenital moles are classified according to their size: small less than 1.5 cm; medium 1.6 to 20 cm; and large when it is bigger than 20 cm (about 8 inches).

Is it dangerous? It is not a problem when the moles are small or medium. But large congenital moles pose an increased risk of skin cancer. The cancer risk is also related to the location, shape, and color of the mole. Greater numbers of moles near the large lesion also increases the risk.

Mongolian spots, medically known as dermal melanocytosis, are flat, blue, or blue-gray skin pigmentation found over the lower back or the buttocks and covering less than 5 percent of the body. They commonly appear at birth or shortly thereafter. It affects all races but has a higher prevalence in Asian children.

Is it dangerous? Mongolian spots are non-cancerous skin markings and are not associated with disease. Most cases resolve in childhood and require no treatment. A more serious form of Mongolian spots is called Naevus Ota where the spots appear as dark brown to blue to blue-black, on the forehead, temple, nose, eyelid, ear, and scalp. It is seen more commonly in girl child. Another type of lesion similar to Naevus Ota is the Naevus of Ito, which involves the upper back and shoulder.

What you can do Both conditions are not dangerous but it is better to seek treatment because of psychological trauma and cosmetic disfigurement of the child. These lesions are treatable with pigment laser therapy. QYAG5 laser has been found to be an effective and safe treatment modality for Naevus of Ota in Indian patients.

Caf au lait spots are light to dark brown coloured birthmarks and this skin pigmentation gets its name from the French 'coffee with milk'. They occur anywhere on the body and usually develop in early infancy, and they may enlarge in size and become obvious after age 2 years. Caf au lait spots are more frequently observed in black children and less frequently in Arab and Chinese children.

Is it dangerous? Caf au lait spots are benign and do not undergo malignant change. They produce no mortality or morbidity. The size and number of caf au lait skin lesions widely vary and are usually the earliest manifestations of neurofibromatosis (NF1), a genetic disorder of the nervous system that causes skin changes and deformed bones. However, not all such spots indicate the manifestation of NF1.

What you can do Caf au lait spots are as such nothing to worry about and can be easily treated with pigment laser therapy. However, consult your doctor to rule out NF1 or to manage NF1 disorder. (Read: Peel off years from your face and look younger with laser skin resurfacing)

Also called 'stork bites' and medically termed as Naevus simplex, these lesions appear as flat, dull pink patches on the nape of the neck. Sometimes, they can also appear between the eyebrows or over the eyelids, or around the nose or mouth. They occur in 40 percent of all newborns. These patches tend to look darker or more prominent when the baby is crying, excited, or upset.

Is it dangerous? Not at all. These skin pigmentations are visible at birth and normally disappear by the time the baby is between the ages of one year to three years old. If these lesions persist into adulthood, they are covered by hair.

What you can do Doctors usually recommend watchful waiting. But you can also opt for laser treatment to remove the patch.

Port wine stain or Naevus flammeus are skin pigmentations present at birth and persist throughout life and appear as pale pink to red-purple, patches on the face or sometimes in the extremities. The patches become irregular, thickened, and nodular over time.

Is it dangerous? Port wine stain is largely a cosmetic concern, but it may be a marker for ophthalmologic or neurologic abnormalities. Sturge-Weber syndrome is characterized by a port-wine stain in the upper and lower eyelid region. This syndrome is associated with seizures (80 percent), mental retardation (60 percent), hemiplegia (30 percent) and neonatal glaucoma. Klippel-Tr naunay-Weber syndrome consists of a port-wine stain on the leg or hand, and is associated with soft tissue and bone deformity (enlargement) and varicose veins.

What you can do Port-wine stains do not require treatment, but pulsed dye laser therapy can be used to lighten lesions. Treatment is best done before one year of age. Patients suspected of having Sturge-Weber syndrome should undergo cerebral imaging studies, ophthalmologic examination and regular follow-up. Klippel-Tr naunay-Weber syndrome may require surgical intervention for varicosity. Radiotherapy also may help in some cases.

Haemangiomas (strawberry naevus) are a type of birthmarks that are actually benign tumours of the blood vessel. They appear as bright-red raised nodules if located in the upper layers of the skin and appear as soft masses with a bluish tone when they are located deep inside the skin. Haemangiomas are more commonly seen in the girl child, especially premature ones. They are often unapparent at birth, but they develop rapidly for several months, and then start subsiding.

Is it dangerous? Most infantile haemangiomas resolve by the time the child is 7 years of age and need no intervention. Some children will have minor residual changes such as wrinkling. However, if the haemangiomas are large or occupy the airway, eyes and vital organs, they can cause serious or life threatening complications that would require prompt specialist consultation. Other complications include ulceration, secondary infection and scarring.

What you can do Many treatments have been described for life threatening and complicated haemangioma, but the Food and Drug Administration (FDA) has not approved any. Doctors have treated it with propranolol but as yet little is known regarding the proper dosing, safety monitoring, duration of treatment, or long-term outcomes for this treatment', say dermatologists from Medical College of Wisconsin, USA. They caution 'Given its potential side effects, detailed education regarding proper administration of the medication as well as warning signs to watch for is necessary for parents and caretakers'.

Sebaceous naevi, or organoid naevi, are overgrowths of cells of the upper layers of the skin, sebaceous (oil producing) glands and hair follicles. They appear at birth as hairless, yellow and waxy plaques mostly on the scalp, but they may also arise on the face, neck or forehead. These plaques do not spread during childhood, but they become bumpy, warty or scaly around adolescence.

Is it dangerous? Most sebaceous naevi remain unchanged in adulthood and do not cause any problems. However, another tumour can arise within the lesion. This may be harmless or as serious as skin cancers. Epileptic seizures are the most common problem seen in children with this type of birthmark. If the plaque is very large, there are chances of getting neurological disorders, although it is rare.

What you can do It is better to get the mole excised when the child is a teenager or in early adult life. Since the malignant progression in such moles is rare, surgery may not be resorted to. So, ongoing monitoring is a reasonable treatment option.

Birthmarks are usually nothing to be alarmed about. But do see a doctor if the bleeds, itches, changes colour or gets infected.