The Amar Gandhi Foundation started a campaign 'Ek Chammach Kam' on the eve of 'World Kidney Day' in March this year.

Salt and sugar are known to be modern-day slow poison. Excess of these or missing out completely on these- both may cause various health hazards. Owing to this, the Amar Gandhi Foundation (AGF) started a campaign 'Ek Chammach Kam' on the eve of 'World Kidney Day' in March this year. The campaign aims to sensitise the population to take cognizance of the prevalence of kidney disease and make active lifestyle changes.

Amar Gandhi Foundation is a Mumbai-based Non- Governmental Organization that focuses on providing healthcare services to the poor and needy in the country. Here are 7 commonly heard myths about salt intake by Dr Umesh Khanna, Senior Nephrologist and Secretary of Amar Gandhi Foundation.

#1: Salt and sodium are the same

Fact: Salt is composed of two minerals sodium (Na) and chloride (Cl). One teaspoon of salt contains about 2,300 mg of sodium. Consuming salt and processed foods is the ways we get sodium in our diets. Over-consumption of sodium can be very bad for the health, as it can lead to hypertension and other cardiovascular diseases.

Read: 9 hidden salts you should know about!

#2 : Only the elderly and/or infirm are at risk (i.e. eating a lot of salt is okay if we do not have health problems)

Fact: The WHO s recommendation of salt intake from all sources is less than 5 grams per day. Salt or sodium is present in natural food, it is added while cooking and also used as a preservative for processed food. 'Considering the rapid economic growth that is happening in our country with urbanization and increased demand for processed food, it is imperative that we act at the earliest to control salt intake of Indian population.' 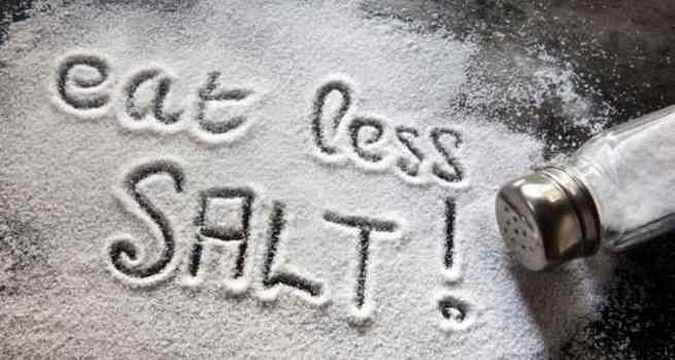 Fact: We encourage active healthy lifestyle. Eating usual meal or snack after exercising and re-hydrating with water is a perfectly acceptable way to replace any electrolytes, including salt.

#4 : I need more salt because I exercise a lot and sweat it out

Fact: It's often believed that manual workers and athletes need extra salt, or that it's dangerous to cut down on salt when the weather is hot. Sweat once acclimatized has very low sodium and as we all eat more than we need, most people won t need to take on any extra. Increased sweating requires more water intake and not salt.

Read: 3 ways in which salt affects your brain.

#5 : Eating just 6 grams of salt a day is impossible

Fact: No - there's a lot you can do while manufacturers plan to make salt reductions. Start by checking the label on processed foods to see how much sodium they contain.

Fact: If you lower the salt intake for 2 weeks, you can start appreciating low salt intake and other tastes. Your taste buds will become more sensitive and hence you get the same flavour from less salt. It is similar to getting used to having tea or coffee without sugar. Instead of salt, try adding herbs, black pepper, chilli, garlic, lemon juice to increase the palatability.