6 reasons you should stop taking too many painkillers

Are you one of those who take painkillers every now and then. Here's how they affect your heart, kidneys and brain. 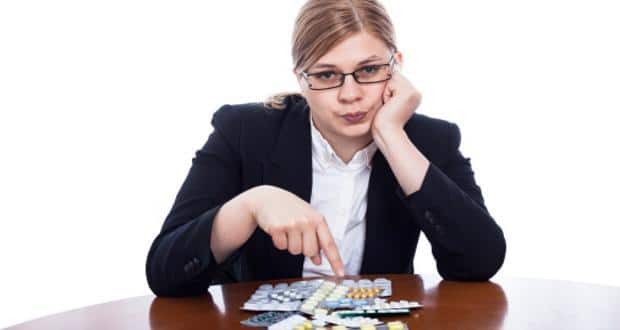 Popping painkillers is the new norm among people. Whether it's your end-of-the day headache, post-workout body pain or minor sprain discomfort, the first thing you do is reach out to a painkiller like ibuprofen. We all are aware that drugs have side-effects, some of which are evident within a few hours of taking the drug. But very few of you might be knowing that if you misuse those drugs they can turn poisonous and can have life-threatening consequences. Here are 6 effects that you should know about long-term use of painkillers on your body.

1. Can increase spread of common cold and flu: Cold and flu is a common problem for which people take painkillers. But next time you think of taking a pill, give it another thought. Here's why: A study published in Proceedings of the Royal Society B showed that use of painkillers to curb flu fever could in turn worsen the condition for everybody else. The study, with the help of a mathematical model, proposed that painkillers might instead be increasing transmission of flu by up to 5 percent.

2. Worsens headache: According to the National Institute for Health and Clinical Excellence (NICE) people who take painkillers like paracetamol, aspirin and non-steroidal anti-inflammatory drugs (NSAIDs) such as ibuprofen for relieving headache (for more than 15 days in a month) are in reality the victims of overuse of drugs. Such people end up having more severe headache as time passes.

4. Leads to depression: Depression is a term that you generally associate with prolonged sadness and probably chronic stress. But you never know, taking a painkiller could be the reason behind your depression. Researchers have found that people using pain relievers like opioid analgesics for a prolonged period are at higher risk of developing depression. Study participants who were taking opiods for more than 80 days had a 53 percent higher risk of suffering from a new phase of depression.

5. Causes kidney damage: Everydrug you take is ultimately released in the blood stream and finally eliminated after getting filtered from the kidneys. During the process of filtration, a drug can either interfere with the flow of blood to the kidneys, can cause an allergic reaction or can even cause direct injury to the kidney nephrons. According to a study over-the-counter as well as prescription medications lead to about 20 percent of cases of acute kidney failure.

6. Can lead to addiction: Drug addiction is a big issue worldwide and it's common to hear about substance abuse, marijuana abuse etc. But misuse of painkillers is alarming in the U.S., especially among teenagers. Addiction to prescription medications is can lead to death and even doctors warn that painkiller abuse is one of the most difficult drug addictions to treat.

So, the best way to avoid addiction and other negative effects of painkillers on the body is to stop using them indiscriminately.

For more articles on medications/drugs, visit our drugs section. Follow us on Facebook and Twitter for all the latest updates! For daily free health tips, sign up for our newsletter. And to join discussions on health topics of your choice, visit our forum.