Is depression a disease. Experts say, yes it is. Read to know why? 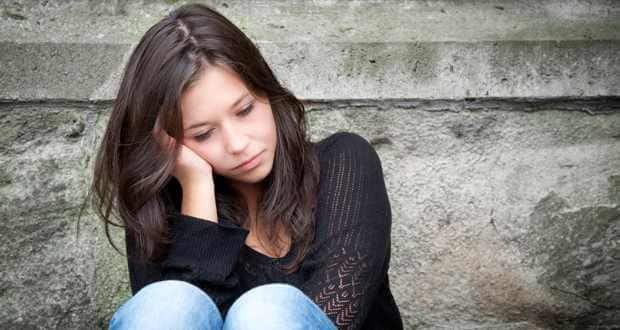 Depression is a common emotional disorder that often puts an individual in a prolonged state of anxiety and sadness. This is a mental disorder that affects one physically and emotionally. Depression is far more than any momentary blues and hence physicians have categorised it as a disease. Though it is treatable, while some respond well to the treatment, other can't cope that easily and scientists still haven't figured out why that's the case. But all the research into the ailment has thrown up some startling facts. Here are the top 5:

Scientists have found that people who tend to suffer from depression have a smaller hippocampus (brain part responsible for controlling emotions and memory). The reason behind this is not very clear. However, the researchers have speculated that a stress hormone, cortisol that releases in higher amounts in the brain of the depressed people may have a shrinking effect on the hippocampus. They have also found that people who are born with a smaller hippocampus are also likelier to suffer from the condition.

2. Depression is linked with inflammation

Scientists have found a link between depression and inflammation. They have theorised that chronic inflammation associated with some diseases may lead to depression. To validate their findings, experts administered endotoxin (drug that help stimulate inflammation) to healthy people and found the onset of depressive behaviour among these individuals.

3. It is linked with several chemical imbalances in the brain

It has been proved that alteration of some brain chemicals (also known as neurotransmitters like norepinephrine and serotonin) is associated with depression. This not a very simple correlation as such abnormalities varies from person to person. From clinical studies, it was identified that only 25% of the people, who exhibits a decreased level of neurotransmitters, suffer from depression. However, there are some depressed individuals too who exhibit abnormal high levels of serotonin and norepinephrine. It was revealed from expert's findings that depression is linked with several altered behavioural and thinking patterns and thus they hypothesised that such behavioural, learning and thinking sequence linked with depression may affect the neurotransmitter levels differently in different people.

This is one of the reasons many people do not respond well to antidepressant drugs. They have not been able to solve the riddle yet and it requires heaps of research to understand the complex mechanisms related to depression.

It has been identified by researchers that depression runs in families and can even spread across a number of generations. They have even identified that some people whose genes drive to produce a very low level of a molecule neuropeptide Y (NPY) are more prone to adapt negative stimuli and thus likelier to suffer from depression.

5. Some medications may provoke depression

There are certain medications which may lead to depression. These medications cause an alteration of brain chemicals in some way or the other. Medicines that help control blood pressure, acne problems along with some statins and oral contraceptives may make you feel depressed.