Eating food which is contaminated can lead to a series of infections. 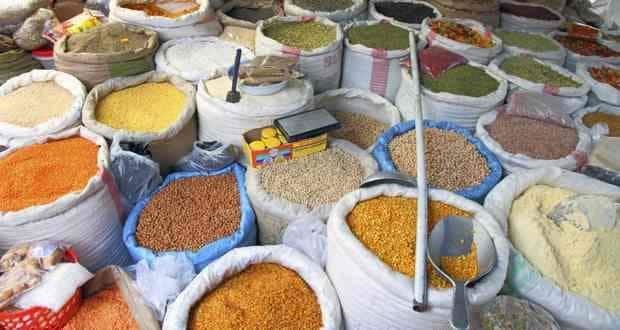 Food is a key vehicle in the transmission of communicable diseases which is why it should be safe in nature, while processing, storage, packaging as well as in the retail premises where it is sold. It should be free from toxins and contaminants which may prove to be potential health hazards. It may be observed that in retail premises, often, foods like sugar, pulses, rice, wheat, maize, etc are kept open and are handled by unskilled labourers unaware about the type of contaminants that they can transfer. Dr S.C Ray decodes the ways in which foods can be contaminated.

Food comes in contact with human hands during transportation, storage and selling. It is very important that people handling food items are free from any communicable diseases like cold, respiratory ailments, cuts or boils which could be transferred to the open food items, thereby spreading the infection to persons or consumers consuming the food. Human hair, nasal discharge, skin can also be sources of micro-organisms. A number of gastrointestinal disorders such as diarrhoea, cholera and communicable diseases such as typhoid, septic sore throat, diphtheria, dysentery are communicated by eating contaminated food.

At times, due to paucity of space, most of the food items are transferred to storage. As a result, there is a possibility of transmission of diseases like amoebic dysentery, bacillary dysentery, typhoid and paratyphoid fevers, viral hepatitis, staphylococcal and streptococcal infections, salmonellosis 3, etc.

Rodents are a pest group which can contaminate open food items. Rodents include mice, rats and bandicoots. The accumulation of faeces from mice and rats spread bacteria, contaminate open food articles and trigger allergic reactions in human. Once the faecal matter becomes dry, it can be hazardous to those who breathe it in. Moreover, people are infected through inhalation of infected rodent urine, droppings or saliva in food article kept open. Hantavirus 4 is a potentially life threatening disease transmitted by rodents.

House Fly: One of the most common insects is the housefly. These have minute hair on their legs and thus carry various types of bacteria, viruses, germs. Normally, in markets these flies are found everywhere and sit on open food articles like sugar and other food articles made of sugar which cannot be cleaned. It has also been observed that flies of both sexes feed on all kinds of food, garbage and excreta, including sweat and animal dung. The fly picks up disease-causing organisms while moving and feeding and transmits it when it makes contact with people and their food. The diseases that flies can transmit are dysentery, diarrhoea, typhoid, cholera, jaundice, poliomyelitis and also certain helminth infections and poliomyelitis. They contaminate open food by carrying/spreading the germs, parasite and bacterium of all the above diseases that are infectious to humans. According to study by a scientist of Kansas State University, fly can contaminate food by E. faecalis, a bacterium that is resistant to antibiotic and cause the majority of intestinal infections.

Cockroaches: According to a University of Nebraska Lincoln (UNL) publication, cockroaches have been found to be the cause of Salmonella food contamination or food poisoning that can be life-threatening noting that other pathogenic bacterium, includes staphylococcus, streptococcus and coliforms, have been found in cockroaches UNL explains. Cockroaches can contaminate food products by spreading 33 different kinds of bacteria, 7 as reported by NPMA Vice President of Public Affairs. According to the report of World Health Organisation (WHO), cockroaches can play a role as carriers of intestinal diseases such as diarrhoea, dysentery, typhoid and cholera and are very fond of sugar and starchy sugary material. In addition they carry the eggs of parasitic worms and may cause allergic reactions, including dermatitis, itching, swelling of the eyelids and more seriously respiratory conditions.

Normally sugars, pulses, rice, wheat, etc are packed in jute sacks. The contaminants in jute sacks is jute batching oil (JBO) used in the jute industry to make the jute fibre. There are two varieties of JBO generally used in jute industries in India; the first one is called JBO having lower viscosity and lower boiling point and the second one called JBO (P), with comparatively higher viscosity and higher boiling point ( Mahapatra-1977). So far, there have been a very limited number of experimental studies on the toxic effect of JBO. Roe et al. 1967 have described the carcinogenic effect of mineral oil used in the processing of jute fibres on mouse skin and showed the presence of benzo (a) pyrene (BaP) in the tested oil in traces. A study conducted by Mehrotra and Saxena 1979 has indicated the carcinogenic effect of JBO (C) on albino mice.

It is an established fact that unhygienic food processing and improper packaging can create hazards like salmonella, microbes, endotoxins, migration of toxins from packing material, adhesive and inks and can render the food unfit for human consumption. Other contaminants due to packaging could be physical and chemical changes, migration of chemicals, off flavours, colour and texture change, moisture and oxygen transfer and the effects of light and temperature changes on account of lack of proper barrier properties of packing materials.

All these contaminants found in loose food products are there due to unhygienic food handling. Given the above argument, it is extremely important that we purchase food items that are well-packaged and sealed to ensure it is free of toxins and other forms of contamination.