All of us at some point in our life have experienced reduced power and tiredness bordering on fatigue. What causes this? This is a common complaint called muscle weakness. As the name suggests, it is 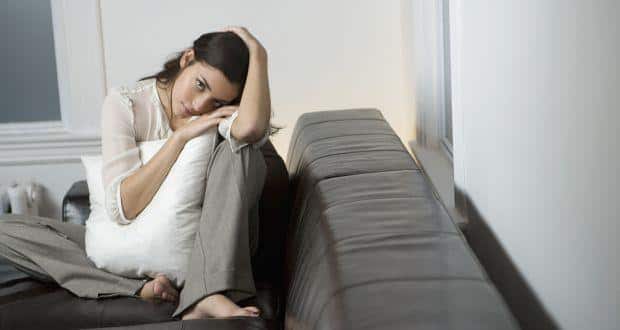 All of us at some point in our life have experienced reduced power and tiredness bordering on fatigue. What causes this? This is a common complaint called muscle weakness. As the name suggests, it is the reduced strength in one or more muscles. Muscle weakness can be mild or severe, temporary or permanent, reversible or irreversible. Also Read - Smoother Silicone Breast Implants Lessen Intensity Of Inflammation And Immune System Reactions

Also Read - About 25% Of Endometriosis Cases Suffer From Fertility Issues, over 90% Suffer From Pain

Ageing is another reason that causes our muscles to lose strength and bulk and become weaker. Muscles power is maximum when we are in our 20s to 30s. The recovery times are also shortest during that period.

However, muscle weakness can be caused by a variety of conditions including metabolic diseases, neurologic diseases, muscle diseases, and even poisoning.

3. Thyrotoxicosis: It is a common disorder in women caused by sudden worsening of hyperthyroidism (overactive thyroid glands) symptoms occurring with infection or stress. Other symptoms may include fever, abdominal pain and decreased alertness. Thyrotoxicosis can also occur because of Grave’s disease (autoimmune hyperthyroidism).

4. Low sodium or potassium levels in the body can also cause muscle weakness.

5. Cerebral palsy: Cerebral palsy is a brain and nervous system functioning disorder affecting movement, learning, hearing, seeing and thinking. The disorder, caused by injury to the brain or abnormality in the brain, generally occurs as the baby grows in the womb but it can affect toddlers up to 2 years of age. Encephalitis, meningitis, herpes infections, severe jaundice, head injury, any of these can cause cerebral palsy. Premature babies are at a slightly higher risk of developing the disorder. Muscle weakness is a major component of cerebral palsy, therefore, muscle strengthening is an important part of cerebral palsy treatment.

6. Guillain-Barre syndrome: GBS is an autoimmune disorder in which the body’s immune system attacks a part of the nervous system, especially the nerve covering called myelin sheath. This leads to nerve inflammation that causes muscle weakness and paralysis. Although the disorder may strike at any age, it is more commonly seen in people aged 30 to 50 years.

7. Bells’ palsy: This is a disorder which affects the nerve which controls movement of muscles in the face. Damage to this nerve causes muscle weakness or paralysis in the face.

8. Amyotrophic lateral sclerosis (ALS): Also called Lou Gehrig’s disease, ALS affects the nerve cells in the brain and spinal cord that control voluntary muscle movement. In most cases, the cause of the disease is not known; for others it can be a genetic defect. Generally the symptoms such as difficulty breathing and swallowing, slurred speech, drooling, along with muscle cramps and muscle weakness appear after the age of 50 but it may also appear earlier in some. Muscle weakness gets worse slowly over time. First it affects one part of the body (arm or hand) that eventually leads to difficulty in climbing stairs, walking, and lifting objects.

9. Multiple sclerosis: MS is a chronic debilitating disorder in which the body’s immune system eats away at the myelin sheath (nerve cover). It is similar to GBS but the only difference is GBS affects the peripheral nerves whereas MS affects the central nervous system. Symptoms of MS include muscle weakness, numbness in one or more parts of the body, fatigue, dizziness, and slurred speech, loss of vision in one eye or double vision or blurry vision.

10. Stroke: A stroke is a condition in which the blood flow to the brain is interrupted by a clot (ischemic stroke) or because of a ruptured blood vessel (haemorrhagic stroke). This causes lack of oxygen in the brain and the brain cells die suddenly. The symptoms can be inability to speak, loss of balance and coordination, memory loss, numbness, muscle weakness, or paralysis on one side of the body.

11. McArdle’ disease: People born with this type of metabolic muscle disorder are unable to produce an enzyme called muscle phosphorylase that helps produce the energy required by the skeletal muscles for exercise. That’s why this disease is also called Glycogen Storage Disease Type V (GSD V).

12. Sometimes, pinched nerve due to slipped disk in the spine causes muscle weakness.

13. Myositis: Myositis or muscle inflammation involve a group of muscle diseases such as

dermatomyositis which is a muscle inflammation with patchy, dusky and red or purple skin rashes,

polymyositis, more common in women than in men, in which muscle weakness happens over days, weeks or months and begins in the neck, hip, back, and shoulder muscles,

inclusion-body myositis, mostly occurring in men, in which the muscle weakness and shrinking is first observed in the thigh muscles, forearm muscles and muscles below the knee,

juvenile myositis occurring in children under the age of 18 and skin rash as the first symptom.

14. Muscular dystrophy: It is a group of inherited disorders that involve muscle weakness that gets worse over time with subsequent muscle loss. Common muscle dystrophies include

Becker muscular dystrophy is a slowly progressing condition that affects only male and causes weakness and wastage of muscles;

Duchenne muscular dystrophy is a serious quickly progressive neuromuscular condition caused by a lack of a protein called dystrophin;

Myotonic dystrophy is a condition that involves weakness and slowly progressive wasting of voluntary muscles in the face, neck, and lower arms and legs.

Botulism It is a type of poisoning caused by Clostridium botulinum bacteria. This bacteria thrives in improperly canned or processed foods or they may enter the body through wounds. Symptoms include muscle weakness and paralysis on both sides of the body in adults, abdominal cramps in adults and constipation in infants, difficulty swallowing and speaking, nausea and vomiting.

Fish poisoning It is caused by eating contaminated fish or shellfish. The poison comes from the bacteria, algae or alga-like organisms that the fish feed on. The symptoms such as nausea and vomiting, severe diarrhoea, abdominal cramps, may occur anywhere within 2 to 12 hours. It is a medical emergency, so get medical attention quickly.

Poisoning through insecticides or pesticides

16. Myasthenia gravis: It is an autoimmune disorder in which the body produces antibodies that block the voluntary muscle cells from receiving messages from the nerve cells. This causes muscle weakness and excessive fatigue.

17. Anaemia: Pernicious anaemia is a condition in which the body can’t make enough red blood cells because it does not have enough vitamin B12. Vitamin B12 deficiency causes nerve damage that then causes tingling sensation in hands and feet, muscle weakness, and loss of reflexes.

18. Post polio syndrome: It is a condition that affects polio survivors. The symptoms include weakening in the muscles that were previously affected by polio infection, fatigue and gradual decrease in the size of the muscles, as also increasing skeletal deformities. Although it is rarely life threatening, it negatively affects the quality of life as the affected person is unable to function independently.

Most of the conditions associated with muscle weakness may not be life threatening but the chances of reversing the condition is more if you get timely medical attention.