12 diseases that affect people with HIV/AIDS

Read about the 12 most common conditions a person with HIV/AIDS has to battle. 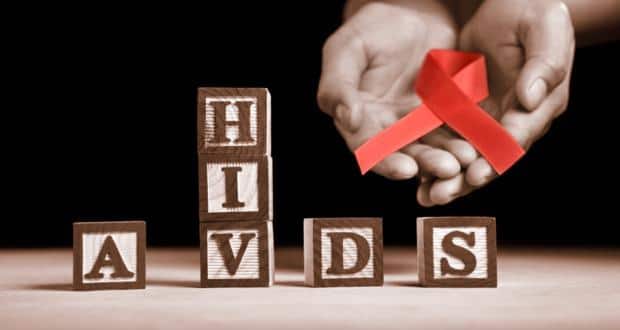 HIV/AIDS is a severely debilitating condition, not because of the disease itself but because of the myriad of opportunistic diseases that attack a person's body when his/her immunity has been broken down. We spoke to Dr Rajiv Rao, consultant pathologist at Sterling Wockhardt Hospital, Vashi, about the various diseases that affect a person suffering from HIV/AIDS, and how treating the conditions is a challenge in immunocompromised patients.

Kaposi's Sarcoma: It is a tumour caused by infection with human herpes virus 8. Though, initially described as an AIDS defining illness, it is known to occur in non-AIDS patients as well. However, as compared to a slow progression in normal individuals, the disease is very aggressive in HIV patients. The sarcoma can show symptoms in varied places including macular (related to a part of the eye), papular (all over the body) and exophytic (growths on the surface of the body) growth. (Read: HIV/AIDS Causes, Symptoms, Tests, Treatment & More)

Candidiasis: It is an infection caused by the fungus Candida albicans. It is seen in normal as well as in patients with HIV/AIDS. In normal patients, the infection is limited to the mouth and oral cavity and is superficial in nature. In HIV/AIDS, it may colonize the oro-pharynx or the oesophagus or may colonize in both the areas. It may also infiltrate into the deeper tissues. By itself, it is not a prime cause of death, but the infection may cause difficulty in swallowing and decrease oral intake.

Tuberculosis(TB): It is one of the most important public health diseases in India. It is caused by the bacteria Mycobacterium tuberculosis. In the absence of a proper immune system as seen in HIV/AIDS patients, the disease is more aggressive, widespread and more aggressively infective. It affects multiple body organs and even organs like the thyroid glands and heart, which are normally resistant to tuberculous infection. Dr Anjana Tadani, from Niramaya Hospital says, 'Besides all this, the strain that proliferates in HIV/AIDS patients are usually resistant to the conventional anti-tuberculus drugs, and is usually a multi drug resistant strain. This strain is capable of affecting multiple organs in the body leading to death.' (Read: Tuberculosis causes, symptoms and diagnosis)

Pneumocystitis Pneumonia (PCP): Pneumocystitis Pneumonia is an infection of the lung caused by a yeast like fungus Pneumocystis jiroveckii, an organism that is normally found in the lungs of healthy individuals. In the presence of a normal immune system, it is unable to cause any damage or infection. In a person suffering with HIV/AIDS, the body's immune system is compromised. This decreased immunity makes the person susceptible to opportunistic infections like PCP. The organism infiltrates into the fibrous septa of the alveolar spaces present in the the lungs and causes them to thicken. This thickening prevents normal gaseous exchange in the lungs and causes a state of severely decreased oxygenation of the body. If untreated, this disease is fatal.

Cytomegalovirus infections: Cytomegalovirus is a virus that is a part of the herpes family and spreads through exchange of body fluids. In the normal course of events, the infection is asymptomatic and the virus usually remains dormant in the body for the entirety of a person's life. However, in times of decreased immunity like in a person suffering from HIV/AIDS the virus reactivates and can lodge itself in various organs of the body like the lungs, brain, gastrointestinal system and the eye. Untreated and in the case of a severe infection can be dangerous to life.

HIV and AIDS Dementia: Dementia is a condition that leads to a loss of intellectual capabilities such as memory, judgement and abstract thinking. Unlike other complications and diseases in AIDS which are opportunistic infections, it is postulated that AIDS Dementia Complex is caused by the HIV virus directly. Though, HIV does not directly infect the brain cells, it may cause inflammation in them or kill them. This was a common condition in the pre-HIV treatment days, but today, less than 10 15% of AIDS patients develop this complex. (Read: Dementia- Frequently asked Questions)

AIDS Wasting Syndrome: Wasting syndrome is a condition seen in AIDS patients where there is more than 10% weight loss with decrease in muscle mass. It is caused due to a variety of factors including:

Lipodystrophy: It is a condition of abnormal fat distribution which has two components -Lipohypertrophy where there is an abnormal central deposition of fat and Lipoatrophy involving the loss of fat in peripheral sites like arms and limbs.

Lipodystrophy can be seen in other chronic conditions as well. In HIV/AIDS patients, it is usually seen as a complication of anti-retroviral therapy. The condition makes the person susceptible to atherosclerosis and diabetes.

Toxoplasmosis: Toxoplasmosis is an infection caused by Toxoplasma gondii. Transmission to humans occurs primarily by ingestion of undercooked pork or lamb meat that contains tissue cysts, or by exposure to oocysts either through ingestion of contaminated vegetables or direct contact with cat faeces. Other modes of transmission include the transplacental route (from mother to baby), blood product transfusion, and organ transplantation. In patients with a healthy and otherwise normal immune system this infection even in an acute infection does not show symptoms. Once ingested, the oocysts spread to different organs and enter the cells, causing destruction and focal necrosis (tissue death in the area where the cysts have invaded the organ). The immune reaction converts these foci into tissue cysts.

Toxoplasmosis associated with HIV infection is typically caused by reactivation of a chronic infection and is seen primarily as toxoplasmic encephalitis. This disease is an important cause of brain lesions in HIV-infected patients. Characteristically, toxoplasmic encephalitis is seen in a patient with moderate severity and one of the classic symptoms or effects of this condition is that a small part of the patient's brain is affected (also called focal neurologic effects) by the presence of the cyst. This is normally accompanied by headaches, altered mental status, and fever. The most common focal neurologic signs are motor weakness and speech disturbances. The patients may also suffer from seizures, cranial nerve abnormalities, visual field defects, sensory disturbances, cerebellar dysfunction, meningismus (symptoms like meningitis but without the infection of the meninges), movement disorders, and neuropsychiatric manifestations like schizophrenia, hallucinations etc.

Progressive leuco-encephalopathy: Progressive multifocal leukoencephalopathy is a rare disease of the brain involving the white matter and caused by the JC virus (John Cunningham virus). It occurs almost exclusively in people with immune deficiency including those with HIV/AIDS. In patients not on anti-retroviral therapy, death occurs in almost 95% of patients within 4 to 6 months after diagnosis. With the widespread adoption of therapy, the incidence of PML has decreased substantially. Also, patients now show a prolonged survival rate (almost 2 years). All treatments for this disease are experimental and there is no known standardized protocol for cure or remission. Intensive antiretroviral therapy is the cornerstone of treatment.