Here's a round up of bizarre things that happened in 2013. 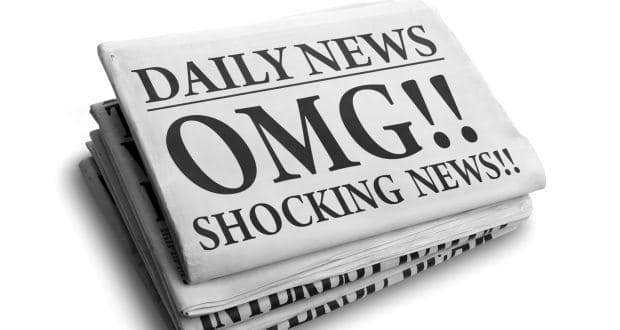 Human beings never fail to surprise while some do so by achieving great things, some do it by chance. Here's a roundup of bizarre things that happened in 2013 that'll make you wonder more about the strange things a human body is capable of.

A Chinese man has claimed that walking in huge iron shoes weighing an outrageous 200 kilograms each has cured his back pain and haemorrhoids.

Zhang Fuxing said that he has been walking with iron shoes for seven years and after the weight reached 400 kilograms, he felt very proud and now plans to add 50 kilograms to them, according to News.com.au.

The 52-year-old factory worker has credited his ability to move the shoes to the Chinese spiritual martial art Qigong, which involves controlling the flow of supposed bodily energies.

A couple in Kansas has welcomed twins, making it the fourth generation of twins in their family.

Allen Harkleroad, who has welcomed twins with his wife, is a twin, so are his father and grandfather, News.com.au reported. Harkleroad was told by the doctors that the odds of his wife Mandy conceiving a fourth consecutive generation of twins were as rare as one in four billion.

A German man has claimed that he can control metal objects and make them stick to his body using his psychic ability just like theX-Men mega-villain Magneto. Miroslaw Magola, 55, has alleged that he can easily bounce up and down with drinks cans, pots and pans or cutlery stuck to his body without the use of adhesives, the Daily Star reported.

Magola said that he researched the phenomenon of psychic energy and found out that he could train himself to manipulate lifeless objects. The father-of-one, who is planning to challenge the 1 million-dollar prize for anyone that can prove they have supernatural powers, said that he has spent years perfecting the technique and exploring further into human magnetism.

4. UK surgeon brands his initials on a patient's liver!

A surgeon has been suspended after he allegedly 'branded' his initials onto a patient's liver.

The letters were reportedly found by a colleague who was performing a routine operation on the unnamed patient. Weird, isn't it?

5. Women sells house to get gastric band, tummy tuck and other procedures before wedding!

A British woman, desperate to look good before her wedding, sold her house to pay $22,000 for cosmetic surgery.

Pullen said she 'couldn't bear to look in the mirror' and tried everything she could to shed weight.

But after many failed efforts, Pullen, a mother-of-one took the bizarre step to sell her 80,000 pounds ($126,496) three-bedroom Bolton home to fund cosmetic surgery in Belgium.

6. UP woman gives birth to twins on a train again!

A woman from Uttar Pradesh gave birth to twins on a moving train the second time in four years that she has delivered twins in a train! The bizarre coincidence took place on board the Kushinagar Express. Zubin Nisha, along with her husband, was travelling from Mumbai to Gonda for delivery when she went into labour in the general compartment (S-10) between Unnao and Lucknow. As the train chugged ahead, alarmed fellow passengers cleared the area around berth 63 and made room for other women passengers to attend to the woman.

Some passengers called railway staff and alerted a medical team stationed at Lucknow of the 'developments on the train'. The medical team was kept on standby mode. Before the train could reach Lucknow, however, the woman gave birth to twin boys. Both the babies were handed over to the waiting medical team, safe and healthy.

A 36-week pregnant American woman was declared dead because her heart stopped beating, actually gave birth to a baby and came 'back to life'. In February, Erica Nigrelli, a school teacher in Missouri City fainted in her classroom. Her husband also a teacher at the same school was just two rooms away. 'I opened the door and walked in. Erica was lying on the floor, she was foaming and making gurgling sounds and just staring up,' he was quoted as saying. 'My wife is pregnant,' he said. 'She's having a seizure! The baby's due in three weeks!'

A New Jersey man has filed a medical malpractice lawsuit against his urologist for allegedly leaving him with an erection lasting eight months following a surgical procedure. According to The News Journal, Daniel Metzgar's from Newark underwent a surgical procedure to put in a three-piece inflatable penile implant in December 2009, CBS News reported.

The gadget consisted of two cylinders inside the shaft of the penis and a fluid reservoir in the abdomen that could fill the cylinders when pumped. The pump was placed in Metzgar's scrotum. Shortly after the procedure, the 44-year-old truck driver's scrotum swelled to the size of volleyball. But he did not report anything wrong until late April 2010, when he went back to Dr. Thomas J. Desperito, complaining of an infection and a persistent erection. However, lawyers for Desperito have claimed that the complications like these are part of the risks of elective surgery.

9. Three moth old baby catches fire on its own

A three-month-old baby named Rahul was in the news for spontaneously catching fire like the comic character Ghost Rider, but unlike the fictional character the baby isn't immune to the flames and suffered 10 degree burn injuries. The child is believed to suffer from a condition called spontaneous human combustion (SHC). There have been over 200 cited cases of this condition through the centuries and no one has ever been able to explain with complete scientific accuracy why it happens.

A 20-year-old Saudi man, weighing 610 kg, was forklifted out of his apartment and flown to for treatment.

On orders from Saudi ruler King Abdullah Bin Abdulaziz, Khalid Mohsen Shaeri, suffering from extreme obesity, was forklifted from the second floor of an apartment building in Jazan, capital of Saudi Arabia's Jizan province. Health ministry sources were quoted by the media as saying that Shaeri's obesity is one of the rarest kinds.

Health Summit 2021: Understanding The Relevance Of Integrated Therapies In The Covid-19 Pandemic

Early COVID-19 Symptoms: It Differs Among Age Groups, Between Men And Women