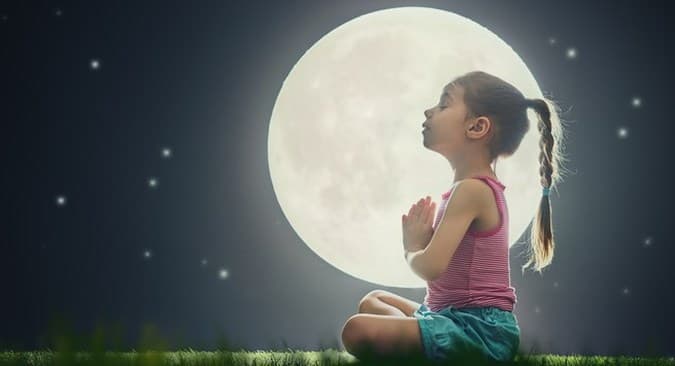 The murder of 7-year-old Pradyuman Thakur in Gurgaon, the “accidental” death of Devansh Kacrora and the rape of a 5-year-old girl in Delhi have understandably sent shock waves throughout the nation. This has made parents all over the country anxious and worried about the safety of their children in schools. Under such circumstances, it is natural for any parent to be anxious and frightened for his or her child’s safety. But they often forget that their nervousness and jitters end up impacting their children. Also Read - International Yoga Day: UN Says Yoga Can Help Those Dealing With Covid-19 Induced Anxiety

Many young children are still too young to understand what is happening but they do see their parents fussing about their safety, making them believe something sinister is happening at school. This transfer of anxiety is a legitimate phenomenon1 where parents end up spreading their worry to their children, and this, in turn, can cause the child to develop a fear of school. If you care about your child’s mental well-being, it is imperative that you stop discussing frightening details of the cases in front of children. More importantly, you should do your best to allay their fears. Dr Surya Bhagwati from Dr Vaidya’s New Age Ayurveda suggests some calming yogasasans that can banish fear and instill courage in young minds. Also Read - Fainting after vaccination actually due to anxiety, not related to Covid-19 vaccine: CDC

Dr Bhagwati says, “These five asanas helps improve concentration and self-confidence in children. It works by controlling increment of energy and reducing their stress. Moreover, it promotes sweating, which helps in removing toxins from their system.” 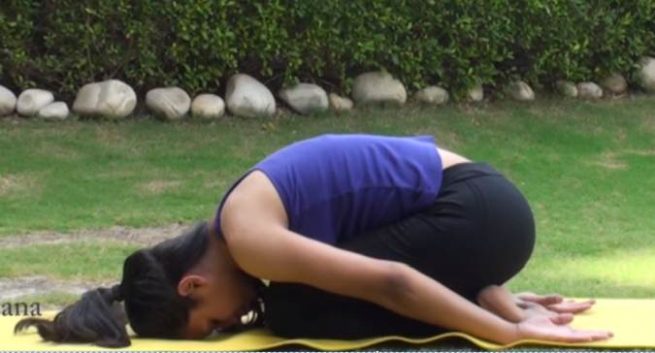 1. Balasana: The name of the asana literally means ‘The child’s pose.’ To perform the asana, the child has to kneel down, sit on her heels and reach for her big toes behind. Spread the knees and inhale deeply. The hands should be parallel to the body and the palms should face upwards. Next, the child has to exhale while bending forward in such a way that the torso lies between the two thighs. While inhaling, the child should pull the navel towards the spine and relax the body while exhaling. Each pose should be held for 45 seconds. “Balasana helps to relax the areas of the back, neck and shoulders where most of the stress and tension is held. It relaxes the child of any anxiety and calms the nervous system,” adds Dr Bhagwati. 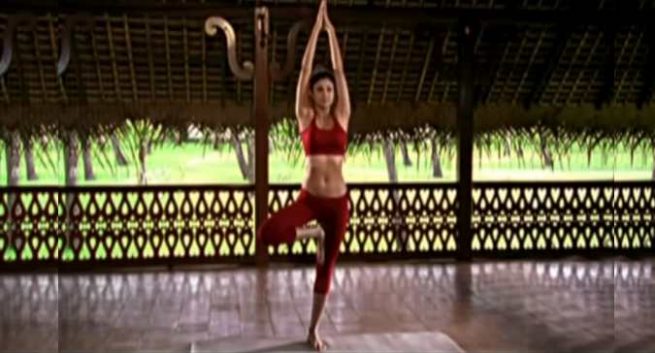 2. Vrikasana: Also known by its other name Vrikshasana, Vrikasana means ‘Tree pose’. To perform, the child has to stand straight with arms on either side. After bending the right knee, your child should keep the right foot against the top of the left thigh so that the knee is bent at an angle. Left leg should be steady and straight. Breathing deeply, raise both hands over the head in a ‘namaste position.’ After holding the position for a few seconds, exhale and bring the hands down. “The pose helps in reducing anxiety and promoting concentration, focus and awareness in young ones,” says Dr Bhagwati. 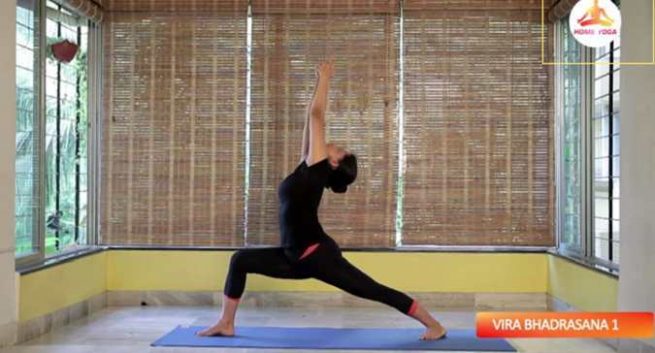 3.Virabhadrasana: The warrior pose is aptly named because it can instil warrior-like courage in the child’s mind. First, the child has to stand with the legs apart and arms on the sides. Turn the left foot outwards followed by the right foot inwards. The child’s body should turn to face the left side and bend the left knee to form a 90 degree angle while letting the right leg stretch. The child’s hands should join to form a ‘namaste’ and should be stretched above the head. “Apart from enhancing core strength and calming the mind down, the asana improves co-ordination and balance. It whets digestion and promotes digestive health, which plays a big role in allaying the child’s fear and anxiety,” says Dr Bhagwati. 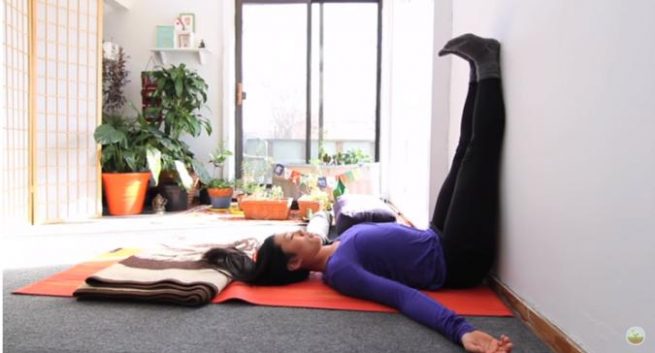 4. Viparita Karani: “This pose helps to banish anxiety and promote sound sleep in children. Best part is that the pose can be performed easily, as long as there is a wall for support,” says Dr Bhagwati. To perform the asana, first keep a pillow or a folded blanket close to the wall. The child has to then sit on the pillow with her left side touching the wall. Now slowly, the child should turn her body so that she faces the wall and hoist her legs up against it. The backs of the legs should touch the wall. Inhale and exhale normally. 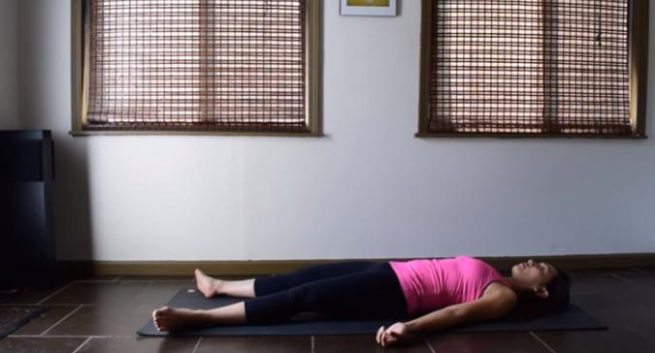 5. Savasana: This is possibly the easiest pose. The child has to just lie down on a mat facing the ceiling. The legs should be kept comfortably apart with the hands on either side and palms facing upwards. By breathing normally, the child should focus attention on various parts of her body, one by one. After the child is fully relaxed, she should turn to her side, take the support of her hands and sit upright. “This should be the final pose after all the asanas,” says Dr Bhagwati.

Want to keep your child safe from Blue Whale Challenge? Try these yoga and meditation techniques 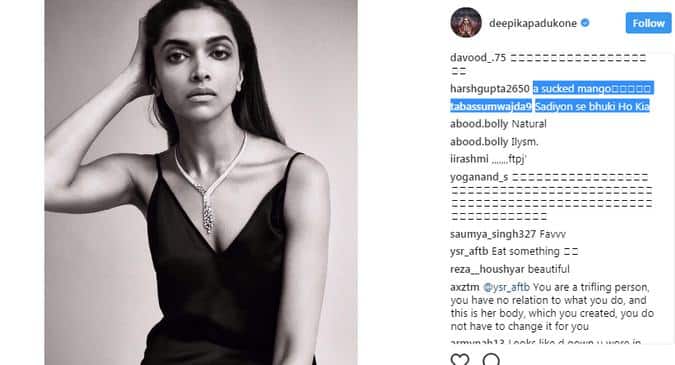 Body-shaming - How to handle bullies and haters who criticise you 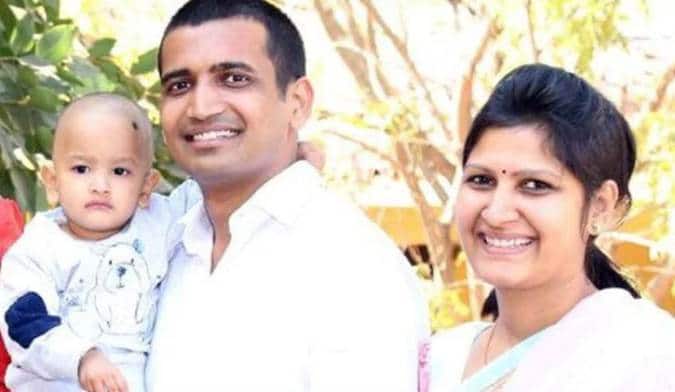