What does our obsession with Game of Thrones tell about us? 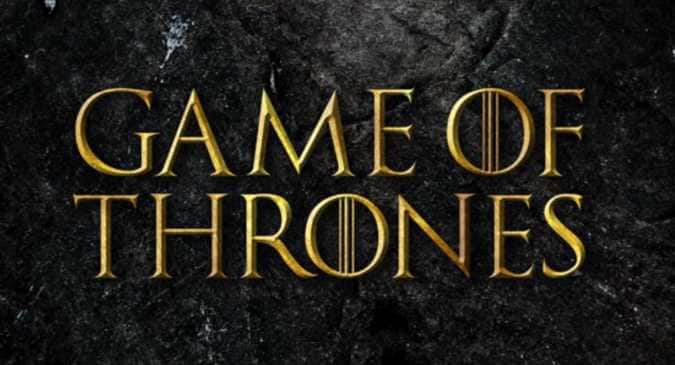 Every Indian GOT fan goes through the same stages: initial curiosity, resisting, eventually giving in and binge watching for days on end, and I was no different. Before I was introduced to Game of Thrones, I was like any other proud nonconformist, rolling my eyes at fanboys and proudly declaring at every given opportunity that I never took the bait despite the unrelenting torrent of GOT references on social media and constant nudgings by friends to watch! But all the chest thumping was short lived. Three years later, I finally caved into the pressure (Yes, I bent the knee); I went full throttle, completing seven seasons in a matter of two weeks. Also Read - Face-to-face workshops may increase preparedness for disaster

In retrospect, I am glad that I gave in and became a part of the gargantuan fan club of what is possibly the most widely watched television show in the world. The characters, the intrigues and fast-paced narratives and the delicious mesh of plots and subplots all made for great viewing. Add to this mix the frustration of watching your favourite characters die, unabashed violence and incest and the thrill of watching the power struggle between larger-than-life characters. Also Read - 5 reasons why your phone will leave you single

Indian fans barely seem to mind the socially repugnant ideas like incest, gore and paedophilia featured in the series, even as they bashed the makers of Pehredaar Piya Ki for showcasing romance between a 9-year-old boy and an 18-year-old girl. So I got in touch with Dr Tom Van Laer, Narratologist and Senior Lecturer in Marketing at Cass Business School, London to understand why the show has held us in such a thrall, making us overlook some of the vilest things presented through the series.

We change our beliefs to suit the narrative

Dr Van Laer holds “narrative transportation” responsible. It simply means that when you lose yourself in a narrative or a story, your attitudes and beliefs change to suit those of the story. He explains in detail: “In 2000, social psychologists Melanie Green and Timothy Brock investigated what effect narrative transportation has on people in a highly influential paper.1 They had participants read fictional stories under different conditions, and measured how far they were immersed in the stories. They also analysed the extent to which participants agreed with beliefs consistent with the stories after they had read them.”

The researchers presented a story about a stranded and starving Inuit boy and his pet dog who resisted impulses to kill and eat each other to the participants of the study. Describing the effect narrative transportation had on the participants, Dr Van Laer said, “The ones engrossed were more likely to say they found loyalty and friendship valuable than those who were less transported.” The reliability of this phenomenon was thoroughly investigated and validated by Dr Van Laer and team.2 This probably explains why we are less offended by the misdeeds of the GOT characters.

We justify the actions of the characters if we like them

Despite her many shortcomings, Cersei Lannister enjoys the adulation of fans all over the world, who hail her for her fierce loyalty towards her family and her perseverance to fight against all odds. Her murderous streak and her incestuous affection for her twin brother don’t seem to bother us at all. Sandor “The Hound” Clegane was remembered more for protecting Arya Stark and less for cutting down a defenceless “butcher’s boy” Mycah; Jaime for his tenderness towards Brienne of Tarth rather than crippling Bran Stark. We even grew to love raping, marauding Khal Drogo and even took his untimely death pretty badly.

“It is perhaps unsurprising that we are likely to emulate characters we identify with. But more unexpectedly, the body of research indicates that it does not matter if the characters are good or bad,” says Dr Van Laer. He cites Tyrion Lannister’s example: “He drinks, he sleeps with prostitutes, he gambles, and he is a member of the Lannister family — the bad guys. Still, we easily forgive bad people in fiction. And he s the best of the bunch, right? Just add his late chivalry and Tyrion s bad behaviour is forgotten.”

According to Dr Van Laer, the more we like a character the more tolerant we become of their bad behaviour. “If we like Tyrion, chances are we are likely to become ever so slightly more accepting of drinking, prostitution and gambling, without realising.”

He also adds, “Aspects of the reader or viewer are also important. The more we watch GOT, the more our attitudes and intentions change to reflect the story. Our research indicates that this is especially true for women and highly educated people.”

The effects of narrative transportation, Dr Van Laer says, can turn up in unexpected places. As per US Social Security Administration’s records, Americans are increasingly naming their children after GOT characters and Arya is the fastest rising name for new-born girls, a name of Proto Indo-European origin.

So what does all this say about us as people? Does our GOT obsession say that we are inching towards moral decrepitude? Dr Van Laer concludes: “With many proclaiming governments and companies to be morally bankrupt and Mother Nature to be in the autumn of her life, then, perhaps it s a good idea to drop our voices two octaves, stare into the middle distance, and declare that ‘Winter is coming?’ Or perhaps GOT helps us counter these negative elements by teaching us our true limits and leadership potential like it did for Daenerys Targaryen.” 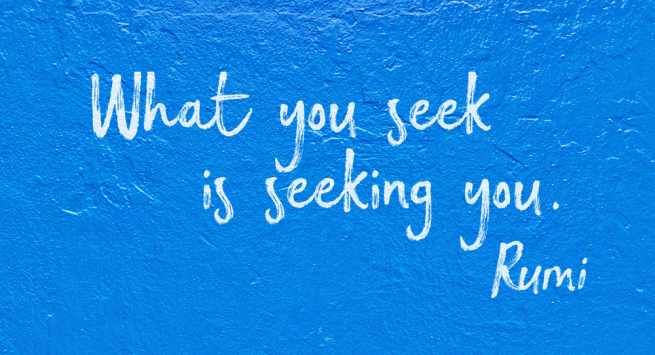 Inspirational quotes by Rumi that will change the way you think!