6 reasons why it is not OK to body shame, fat shame, slut shame anyone!

Body shaming, slut shaming, fat shaming...if you are doing any of this, find out why you need to STOP!

Not so long ago, Deepika Padukone put up a picture of herself on her Instagram profile, in which she was looking particularly gaunt. A million trolls came out of the woodwork, passing nasty comments about her thin frame and even made lewd references to her breasts. During the International Breastfeeding Week, actress Lisa Haydon also experienced something similar when she posted a picture of her breastfeeding her child to create awareness. The contents of the comments ranged from downright leering to moral policing. These are just two of the prominent cases of shaming; thousands of people are shamed every day in our country for their bodies, for their sexuality and their career choices. We also have a range of shaming epithets to chose from slut shaming, body shaming, mommy shaming and what not! 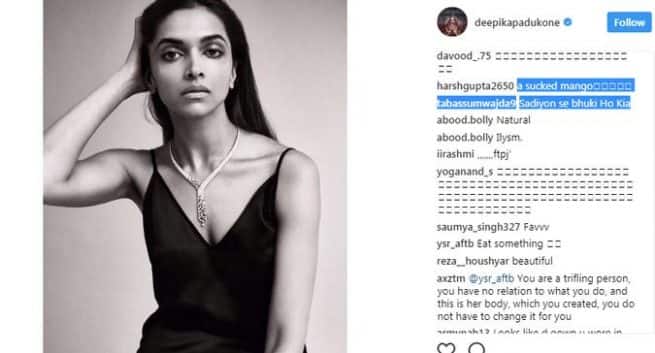 With high speed internet and smart phones in every hand, we are already in the midst of a technological renaissance. But instead of using it for something constructive, we chose to use to watch videos of cats and shame people online. Shaming is not a recent phenomenon. Our society has been adept at putting other people down, especially women, if they behave at variance with what is considered right by the society. People are shamed for everything right from their sexual preferences to their body weight. But recently, the act has acquired mythic proportions, all thanks to the internet. Now, not only do we have a platform to voice our opinion, but also have the cloak of anonymity to hide behind after saying the vilest things to a stranger, just because we can!

A comment on one of The Health Site's videos on the #Metoo campaign. An example of classic fat shaming.[/caption]

Those who shame other people seem to have a dual agenda. One, they think they are morally superior to the other person which gives them the right to school them. Second, they believe that they are genuinely doing something good by shaming, because it will cause the opposite party to reform themselves. But what it really is, is a tool of oppression. Dr Kedar TilweConsultant Psychiatrist at Dept. of Mental Health and Behavioural Sciences, Hiranandani Hospital, Vashi - A Fortis Network Hospital. believes that shamers have inherent insecurity issues and feel vindicated when they bully another person.

But as satisfying as it is, shaming someone is never a good option no matter how deluded we are about our own righteousness. Here are six ways in which you are doing more harm than good by shaming someone.

1. Shaming is cruel: It goes without saying that shaming someone can be cruel. It causes a lot of hurt and embarrassment, the repercussions of which can last a lifetime. Remember the old adage You can catch more flies with honey than with vinegar. If you truly want to reform someone, say it with kindness, not with malice.

2.Shaming never helps: All those who think that shaming fat people will make them want to lose weight, here s some news for you. Shaming has never helped anyone ever! In fact, it made the targeted people more depressed than before. The stress made them eat calorific comfort food and shun physical exercises due to low confidence.1Read why you shouldn't hang out with fat-shaming people if you want to lose weight.

3.Shaming is bad for the health: When you shame someone, they go through intense psychological stress, which releases high levels of adrenaline and cortisol into their system. This sets the stage for stress-related ailments like hypertension and cardiovascular diseases.2

4.Shaming can cause social phobia: Shaming a person openly can have devastating consequences on their social life. It could make them want to avoid social situations altogether.

5.Shaming can cause low self-esteem: It is always easier to let someone down than to lift them up. Probably why it is easier to insult someone than to praise and accept them. Berating and insulting someone can cause a dent in their self-image, leading to low self-esteem issues.

6.Shaming makes people mean: Those subjected to shaming can become themselves become mean and cold. People tend to get shaped by their experiences. So if they weren t treated with empathy and respect in the first place, the chances are less that they d show kindness to anybody else.