Home / Beauty / ‘Gol Bachchan’ and other such jibes – when will people stop ridiculing women’s bodies?

‘Gol Bachchan’ and other such jibes – when will people stop ridiculing women’s bodies?

Why are women like Aishwariya Rai Bachchan so harshly judged when they're not looking their best? 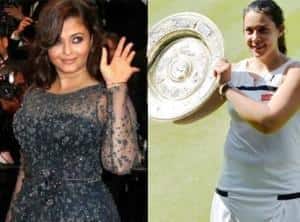 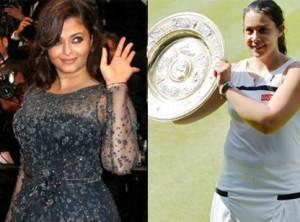 When Aishwarya Rai Bachchan walked the red carpet at the Cannes Festival in 2012, the media saw one thing. Fat. More recently, when Marion Bartoli lifted the prestigious Wimbledon title a BBC commentator said ‘Do you think Bartoli’s dad told her when she was little ‘You’re never going to be a looker? You’ll never be a Sharapova, so you have to be scrappy and fight.” Inverdale’s comments caused quite a furore and while he has apologised for his comments the question remains – why are women always talked about in terms of their looks? Rachel Hercman, a psychotherapist specialising in sexuality, dating and relationships writes more about this terrible cultural phenomenon: Also Read - Think Before You Drink Sugary Beverages! It Could Lead To Colorectal Cancer In Women Under 50

Every day millions of women head out to war with their bodies, with a goal to destroy imperfect territory. This quest is shared by women of all ages, cultures and nationalities. It’s tiring, and the battle is costly emotionally and physically, but yet the fighting continues. For so many women, calling a truce with their body feels impossible, especially when the media sends messages that are contrary to one of unconditional love and acceptance. Also Read - Ayurvedic Treatment for PCOD: An effective, natural and non-invasive solution

The Aishwarya Rai Bachchan episode brought into focus some of the pervasive attitudes that the media sends not only to women who are pregnant and post-partum, but women at all stages of life.  The pressure not only to be thin but to be flawless is reinforced through photoshopped magazine covers, movies, television shows, advertisements, and even Barbie dolls. Instead of women being in touch with their bodies- listening to hunger and fullness cues, riding the wave of life-cycle events like puberty, post-partum and menopause- women are fighting nature by starving themselves, manipulating their bodies, and hoping that if they bully themselves enough maybe they’ll start to actually like themselves.

Developing an eating disorder can be a potential outcome of feeling out of control, inadequate, unworthy, and terminally imperfect.  Sadly, eating disorders can be fatal and can lead to health problems even after one has recovered.  If there aren’t physical effects of the eating disorder, the emotional impact on well-being and consequent disconnect from life’s joys is tremendous. (Read: How your body image could affect your sex life)

Here are some general definitions of eating disorders:

Anorexia Nervosa: An intentional, extreme restriction of food intake due to a major fear of gaining weight. This fear can manifest as weighing oneself multiple times a day, preoccupation with nutrition facts and meticulous counting, and general obsessing about weight and body. Many women with anorexia nervosa will skip meals, not eat any meals at all, and keep detailed records of their intake. Other features of  Anorexia Nervosa include weighing  15% or more below healthy weight, have a BMI that is 17.5 or less and have missed three consecutive menstrual periods (unintentionally, not via medication). Anorexia Nervosa has the highest suicide rate of any mental illness. The percentage of women who die from Anorexia Nervosa varies in studies, but it can be anywhere between 4-10%.

Bulimia Nervosa: Regular episodes of serious overeating followed by purging. Purging activities can include ingesting laxatives, forcing oneself to vomit, over-exercising, and crash dieting. The bouts of binging are often accompanied by an out-of-control feeling and extreme guilt afterwards. Bulimics are often very self-depreciating of their weight and bodies, but are more difficult to identify because they tend to be average to overweight.

So, what can you do to help this scary epidemic of women being at war with their bodies?

Watch your language: Pay attention to the way you describe and identify people, especially in front of young children who highly impressionable. Perhaps you can try complimenting people not only for their external features (e.g. ‘I love your hair) but also for their internal traits too (e.g. ‘You are so creative/thoughtful/funny/smart). Steer clear from gossiping about other people’s weight; it won’t make you feel better in the long run and will reinforce your own fears about what others are saying about your body.

Stand Up to the Media: When you see media headlines or stories that reinforce negative body image, speak up! Write letters to the editors. Comment on the articles. Share your thoughts through social media and initiate honest discussions about it both online and in person.

Emulate the Right People: Be selective in who your role models are. Yes, celebrities seem glamorous and living the good life, but many of them have eating disorders and body image issues too. You can be famous, rich and beautiful but still not feel like you’re enough.

Spread the Word: Look around your community and assess the level of awareness around eating disorders. Whether you’re on a college campus, in a suburban community, or in the middle of the city, see how you can get involved with community education. Sometimes just starting an e-mail thread and sending around links can generate good discussion and activism.

So, let’s put the sword down and stop the war on women’s bodies. Don’t underestimate the power that you hold in making your community a better and more loving place.

Rachel Hercman, LCSW (Licensed Clinical Social Worker) is a psychotherapist specializing in sexuality, dating, and relationships. She works at the Medical Center for Female Sexuality in New York, a center that provides cutting-edge medical and psychological treatment for female sexual dysfunction, where she helps women improve their sexual functioning, body image and relationship satisfaction.

For more articles on body image, check out our body image section.Follow us on Facebook and Twitter for all the latest updates! For daily free health tips, sign up for our newsletter. And to join discussions on health topics of your choice, visit our forum.

Madonna continues to inspire at 55 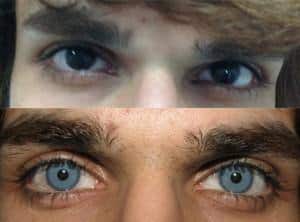 Now get blue or green eyes without lenses