Do you have male pattern baldness? 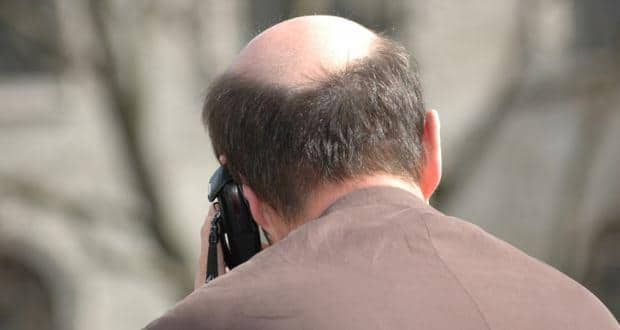 Male pattern baldness is the most common cause of baldness seen in men. Triggered primarily due to the male hormone DHT (dihydrotestosterone), this can begin in some males as early as in their teens or twenties.

The condition is characterized by a typical pattern of receding hairline at the temples and hair thinning on the crown. It can progress to partial or complete baldness in some cases. This is the cause of hair loss in about 90% of men and more than one third of men are in their thirties. The percentage of men affected by MPB increases with advancing age.

How to identify Male pattern baldness?

How does it happen?

The male hormone DHT (dihydrotestosterone) is important for the normal male sexual development. However, in some cases, the hair follicles are genetically sensitive to this hormone and exposure to it results in shrinkage of the follicles. This shortens the lifespan of the follicles and prevents them from producing hair normally. Hair follicles in the temples and crown of the scalp are more sensitive to this hormone and hence hair loss affects these areas more prominently.

Genetic cause is a strong factor for developing male pattern baldness and almost 80% of balding men have a history of baldness in their father or grandfathers.

This image shows the Hamilton-Norwood scale which grades Male pattern baldness from stages 1 to 7:

Stages of male pattern baldness according to the Norwood Hamilton Scale:

Stage 1:
No hair loss. The head is full of hair.

Stage 2:
Minor recession at the front of hairline and some temporal recession. This stage may not even be called as balding.

Stage 2A:
Recession progresses across the entire frontal hairline.

Stage 3V:
Besides the loss of hair in the frontal and temporal regions, there is early hair loss from the crown (vertex).

Stage 4:
Frontal and temporal hair loss progresses and there is enlargement of the bald patch at the crown.

Stage 4A:
Hair loss progresses past the mid-crown.

Stage 5:
Bald area in the front enlarges and starts joining the bald area at the crown.

Stage 5A:
Bald patches in the front and at the crown fuse and keep enlarging. The back part of the bald area is narrower are compared to stage 6.

Stage 5V:
The bald patch at the crown enlarges although it has still not fused with the bald area at the front.

Stage 6:
Frontal bald area and the one at the crown are fused and continue to enlarge. The back part of the bald area is wider than in stage 5.

Stage 7:
Extensive baldness where only a strip of hair remains at the back and sides of the head.