Saraca Asoca: Benefits, Uses and Side Effects Of Ashoka Herb

The modern way of living has several health-related issues. Poor eating habits, little exercise, late nights, prolonged periods of inactivity, prolonged periods, and late nights of sleep are all wrong for our bodies. Many forms of severe ailments are treated in Ayurveda using the bark and extract of adjacent trees and plants. Today, we'll inform you about a tree whose advantages are unknown. We are discussing the Saraca Asoca in-depth with you in this article today (Ashoka Tree).

The Ashoka Tree, also known as Saraca Asoca, is revered in Ayurveda as a cure-all. This is because the Ashoka tree's bark, leaves, root, or blooms can all be utilised medicinally. The South, Central, and East Himalayas of India are home to this tree. Hindus and Buddhists place a high value on this tree, and some people even think that Gautam Buddha was born beneath the Saraca Asoca (Ashoka Tree). In several nations, such as India, Sri Lanka, and Nepal, the Saraca Asoca (Ashoka Tree) is significantly revered. The maximum use of this tree is to remove the diseases of women. It mainly benefits gynaecological diseases, bleeding disorders, and urinary infections. The bark of Ashoka is astringent, dry, and cold. The leaves of Ashoka are long, which people also call "copper leaf." 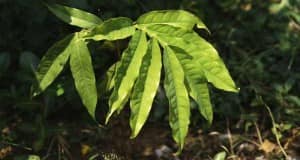 The use of this herb removes many health problems and symptoms. If we talk about the benefits of Saraca Asoca (Ashoka Tree), then many medicinal properties are found in Patharchatta, which include-

Use Of Saraca Asoca (Ashoka Tree) 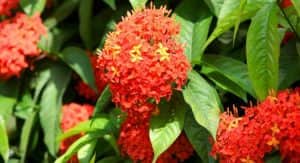 Along with the advantages of consuming Ashoka, disadvantages are also included. Ashoka is generally considered safe to drink. However, the following side effects are present due to consuming it in more than regular quantity-

The information about this article has been given to us by Dr Chanchal Sharma, so follow it only after taking advice. And contact the doctor to know the correct intake and its proper dosage.